Road to UFC 200: The bizarre moments

From the sublime to the spectacular, the UFC has offered it all to fight fans since that first event in 1993. But in the process, there have been some moments that can certainly be defined as unique or bizarre. Here are ten of them…

It was the world’s first exposure to the Ultimate Fighting Championship in November of 1993, and what an impression it was, as Gerard Gordeau sent Teila Tuli’s tooth flying from his mouth with a kick (while Tuli was down, no less) that let everyone know that this wasn’t some gimmick – this event was for real. 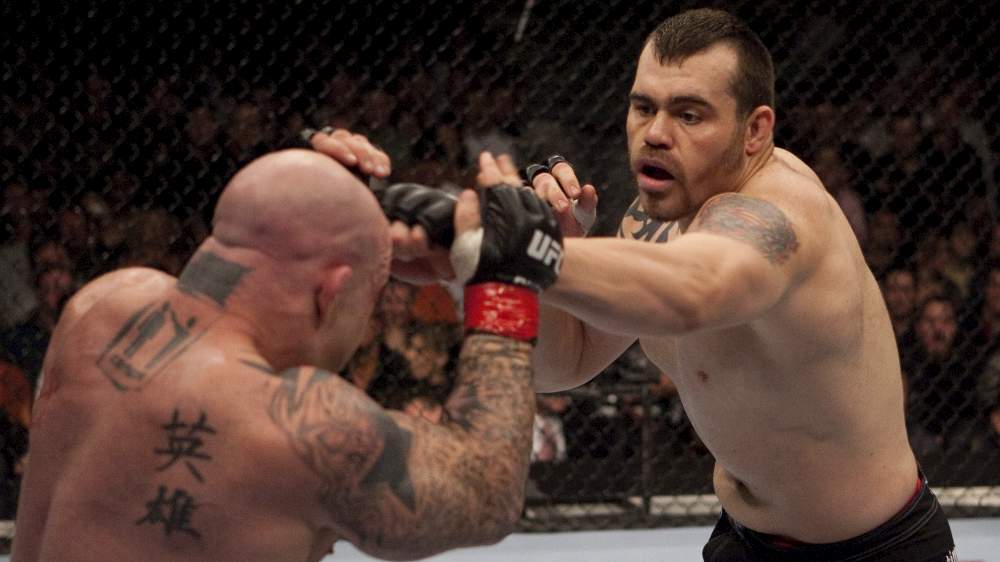 The walkout song. Not only does it get the crowd pumped up and ready for the fight, but it can motivate a fighter. On November 18, 2006, Jeff Monson, always one to follow the beat of his own drummer, used John Lennon’s “Imagine” to lead him into the Octagon before he challenged Tim Sylvia for UFC heavyweight title.

Former Ohio State wrestling star Kevin Randleman was the UFC heavyweight champion and big things were expected from “The Monster.” But first he would have to get past Pedro “The Rock” Rizzo in his first title defense at UFC 24. Unfortunately, Randleman had another issue to deal with before he even made it to the Octagon when he slipped on some pipes backstage and hit his head on the concrete floor, knocking him unconscious and making him the first fighter in history to get knocked out BEFORE his fight. Randleman, who tragically passed away earlier this year, returned three months later and defeated Rizzo to retain his heavyweight crown. 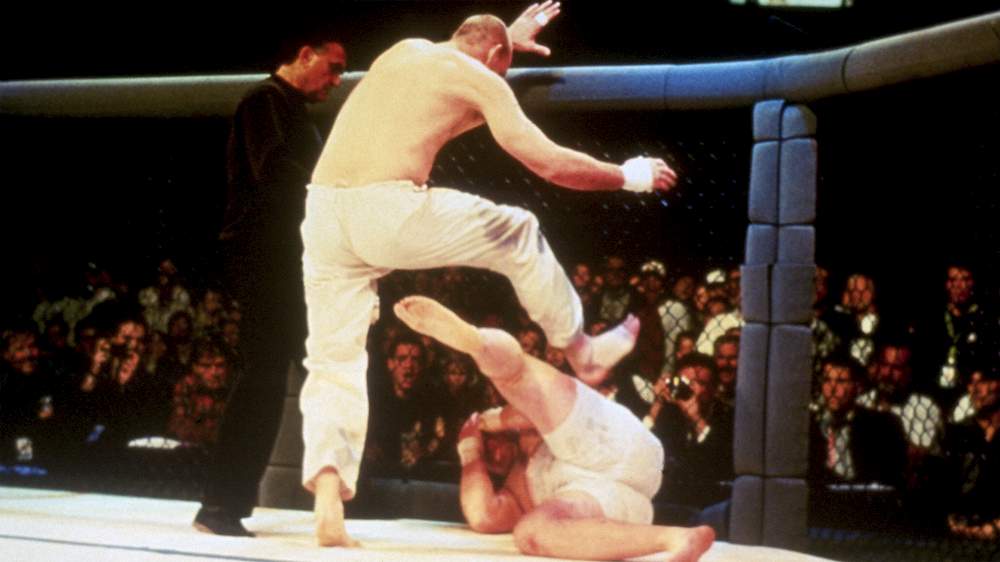 Shirtless, with a drink in his hand, and painted with “UFC” on his forehead and “Just Bleed” on his chest, the ‘just bleed’ guy probably hit all the bases when it came to the stereotypical early UFC fan. And luckily, we all got to see him immortalized when he was put on camera during the introduction of the Mark Kerr vs Greg Stott bout at UFC 15 in Bay St. Louis, Mississippi. Mention him to any longtime fan, and they’ll remember him, with current UFC middleweight Tom Lawlor even paying homage to him during the weigh-in for his UFC 100 bout against CB Dollaway. 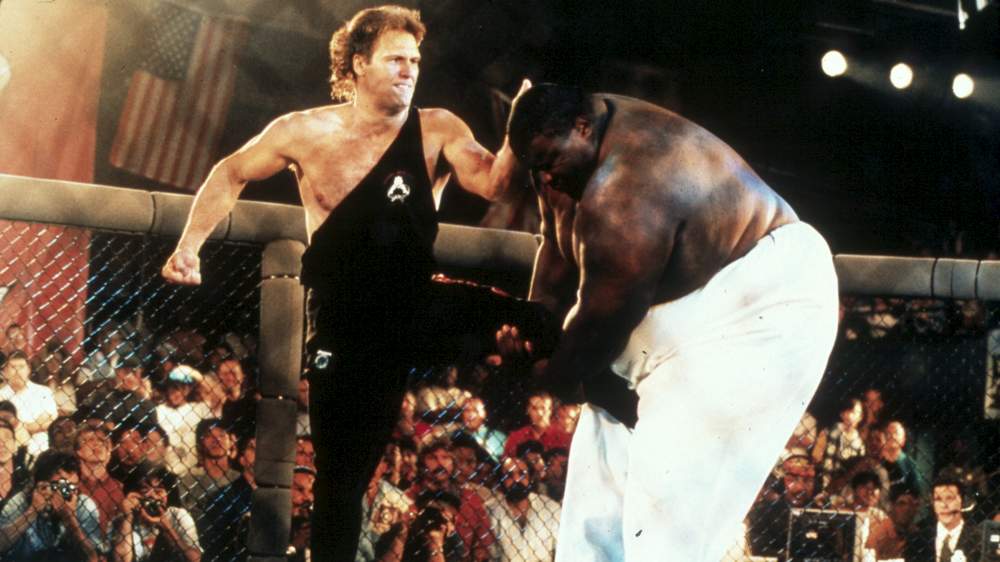 When 5 foot 11, 200 pound Keith Hackney was matched up against 6 foot 8, 600 pound Emmanuel Yarborough at UFC 3 in 1994, one of three things probably popped into your head: 1) Someone didn’t like Keith Hackney. 2) The matchmaker certainly had a sense of humor. 3) How will Hackney avoid getting destroyed by this mountain of a man? But then the bell rang and Hackney dropped Yarborough with the first right hand he landed. A seemingly endless array of punches followed, with Hackney eventually winning at the 1:59 mark. David 1, Goliath 0. 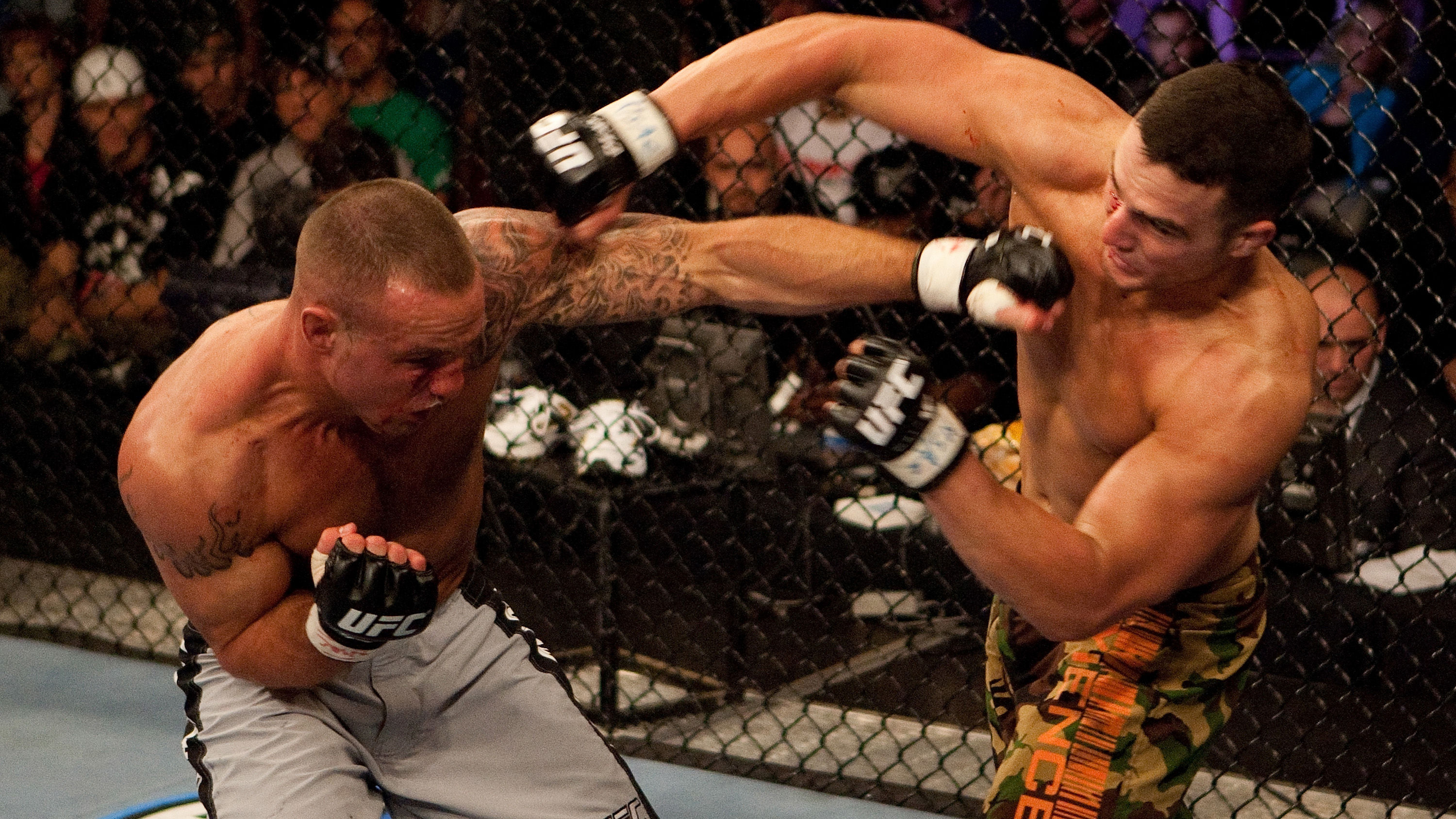 Pete Sell snatches defeat from the jaws of victory

There was never such a swing in emotions than when Pete Sell fought Scott Smith in 2006. It was the second round of what had been an action-packed standup battle, and the two buddies continued to throw caution to the wind, much to the delight of the crowd. And while it looked like Smith was pulling into the lead, Sell fired back with a shot to the body that hurt Smith and sent him reeling backwards. The end was probably a punch or two away, and Sell knew it. But in his haste to finish, he got careless, and Smith – who admitted he had only one punch left in him – swung for the fences and scored the improbable KO win. 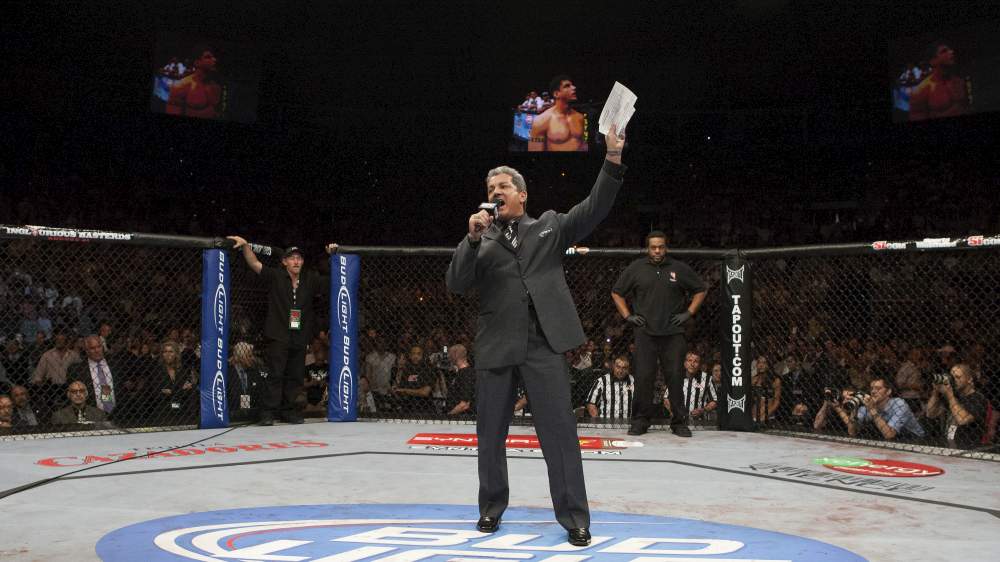 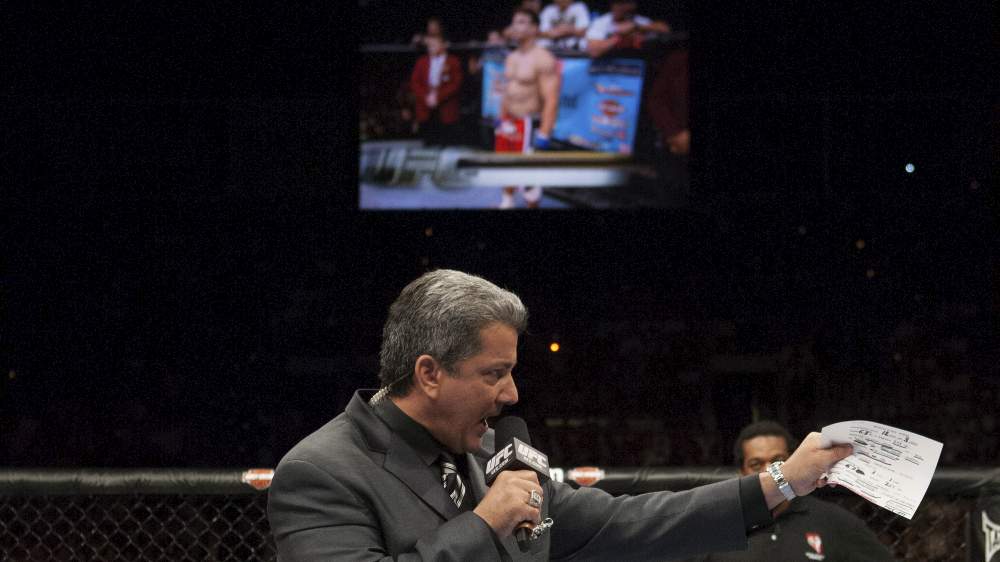 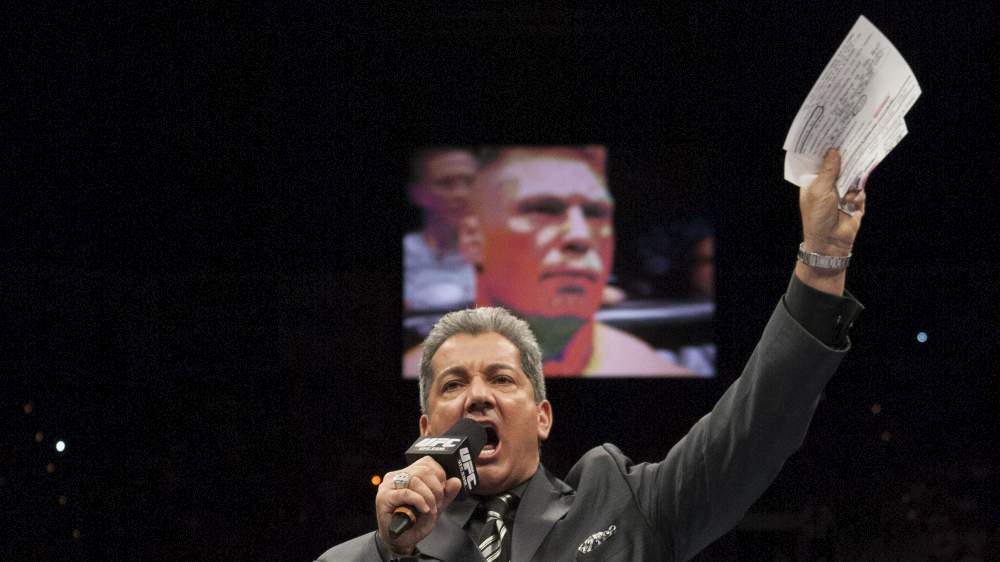 UFC 100 was the biggest event in UFC history, and in the weeks leading up to the bout, many wondered whether Octagon announcer Bruce Buffer would up the ante on his 180 technique of introducing the fighters to do what was going to be dubbed the Buffer 360? Well, during his introduction of heavyweight champion Brock Lesnar, it happened, and the Buffer 360 became the talk of MMA message boards around the internet. 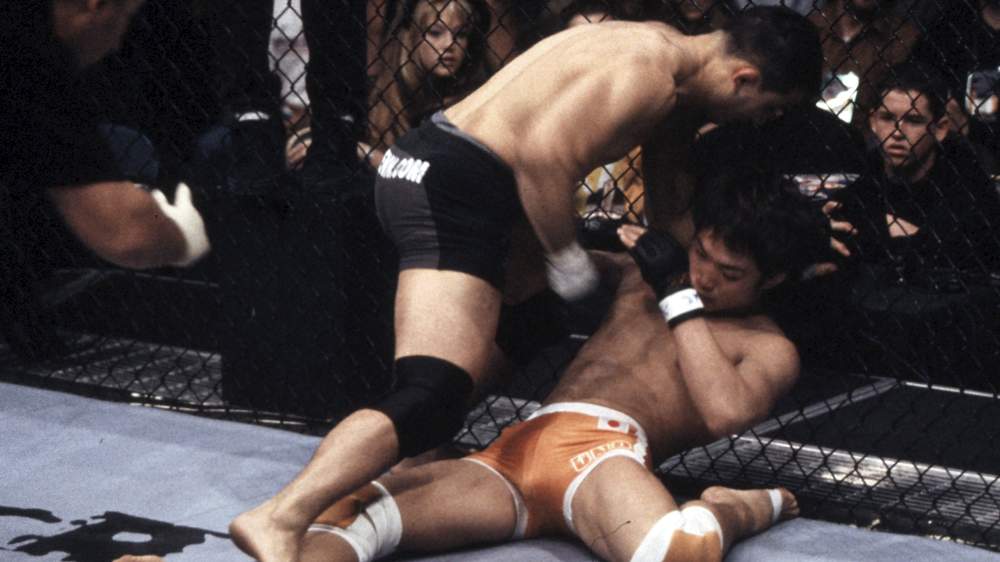 BJ Penn has left the building

How do you top an 11-second knockout over a world-class contender like Caol Uno? If you’re BJ Penn, you finish the job and immediately run out of the Octagon and back to your locker room without interviews, congratulatory handshakes or poses for the camera. This was Penn getting caught up in the emotion of the moment and it firmly established him as one of the UFC’s legendary free spirits. 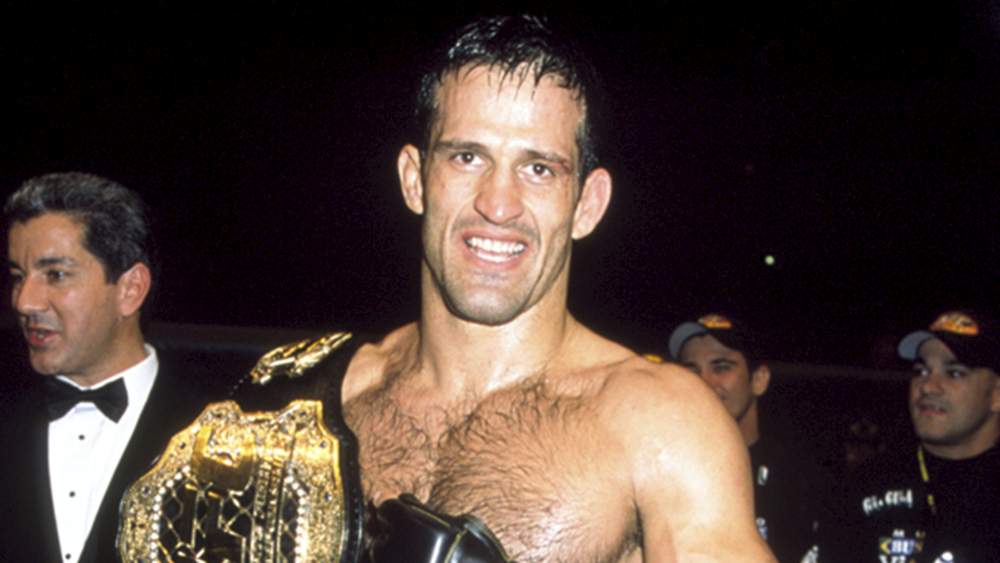 Bustamante gets two taps for the price of one

Renowned ground fighter Murilo Bustamante has the jiu-jitsu skills to force anyone to tap out. But when he defended his UFC middleweight title against Matt Lindland at UFC 37 in May of 2002, he had to do it twice in one fight. Early in the bout, he caught Lindland in an armbar, and after an apparent tap, he released the hold. Lindland protested and referee John McCarthy decided to restart the action, but Bustamante was able to pull off the submission again, this time via guillotine choke in the third round. 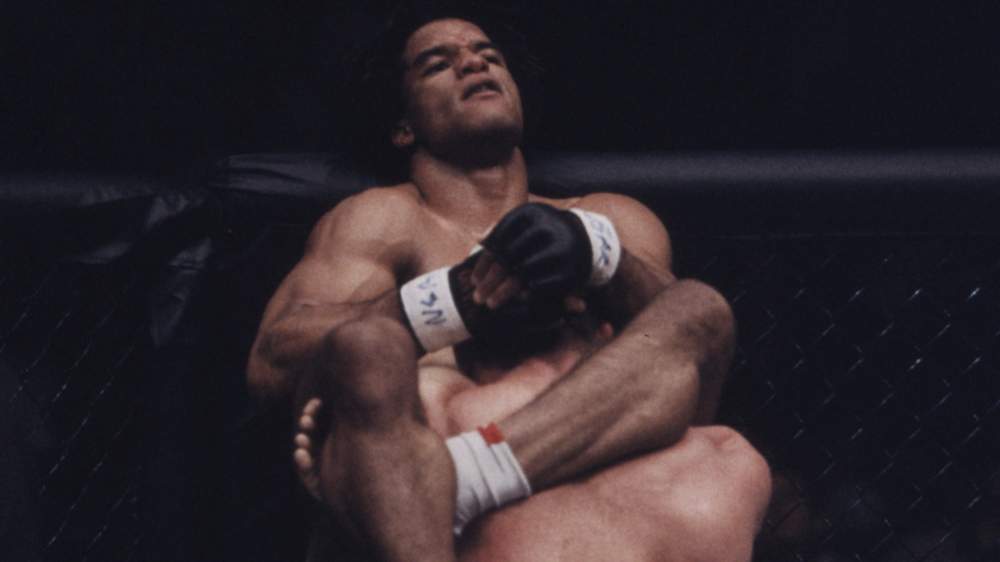 Who was knocked out first?

In the record books, it will be noted as the night a new era began, but back when Matt Hughes defeated Carlos Newton at UFC 34 in 2001 for the 170-pound title, it was one of the more controversial endings to a fight because some believed Hughes was choked unconscious by a triangle choke when he slammed Newton to the mat for a finishing KO. Looking at it again, it appears that Hughes was still awake because he had the presence of mind to step back before lowering the boom, but he was certainly on his way to la-la land before he pulled off the miracle finish.