The votes have been tallied, and as the historic UFC 200 event approaches on July 9, there’s no need for wordy introductions. These are the top 10 fighters in UFC history.

10 - Royce Gracie
The standard-bearer for Gracie Jiu-Jitsu since his UFC debut in 1993, Royce Gracie always had the confidence to step into competition and the skills to succeed. Maybe even more importantly, he had broad enough shoulders to carry the Gracie name into each fight, knowing that a loss could cripple the mystique of fighting’s first family. That was never an issue for him though, as he won three UFC tournaments.

9 - Demetrious Johnson
The first man to win the UFC flyweight championship, Demetrious “Mighty Mouse” Johnson remains the only man to hold that distinction, as he has turned back contender after contender, including John Dodson (twice), Henry Cejudo and Joseph Benavidez in defense of his crown.

8 - Jose Aldo
The UFC’s first featherweight champion, Jose Aldo has held that crown from November of 2010 until December of 2015, but his dominance over the 145-pound weight class began years before in the WEC. This reign of excellence was due to a punishing Muay Thai attack, a world-class ground game, and the heart of a champion, all of which he’s displayed in the Octagon.

7 - BJ Penn
A fearless competitor who faced and beat the best of the best from his first UFC bout in 2001 up until his retirement in 2014, BJ Penn engaged in memorable rivalries with Matt Hughes, Georges St-Pierre and Frankie Edgar, winning world titles in the welterweight and lightweight divisions and earning a place in the UFC Hall of Fame in 2015.

6 - Randy Couture
MMA’s ageless wonder, Randy Couture did practically everything a fighter could do over the course of his Hall of Fame career, winning three heavyweight and two light heavyweight titles while facing a Who’s Who of the sport that included Chuck Liddell, Vitor Belfort, Tito Ortiz, Brock Lesnar, “Minotauro” Nogueira and Mark Coleman. In 2011, Couture retired from the sport at the age of 47. 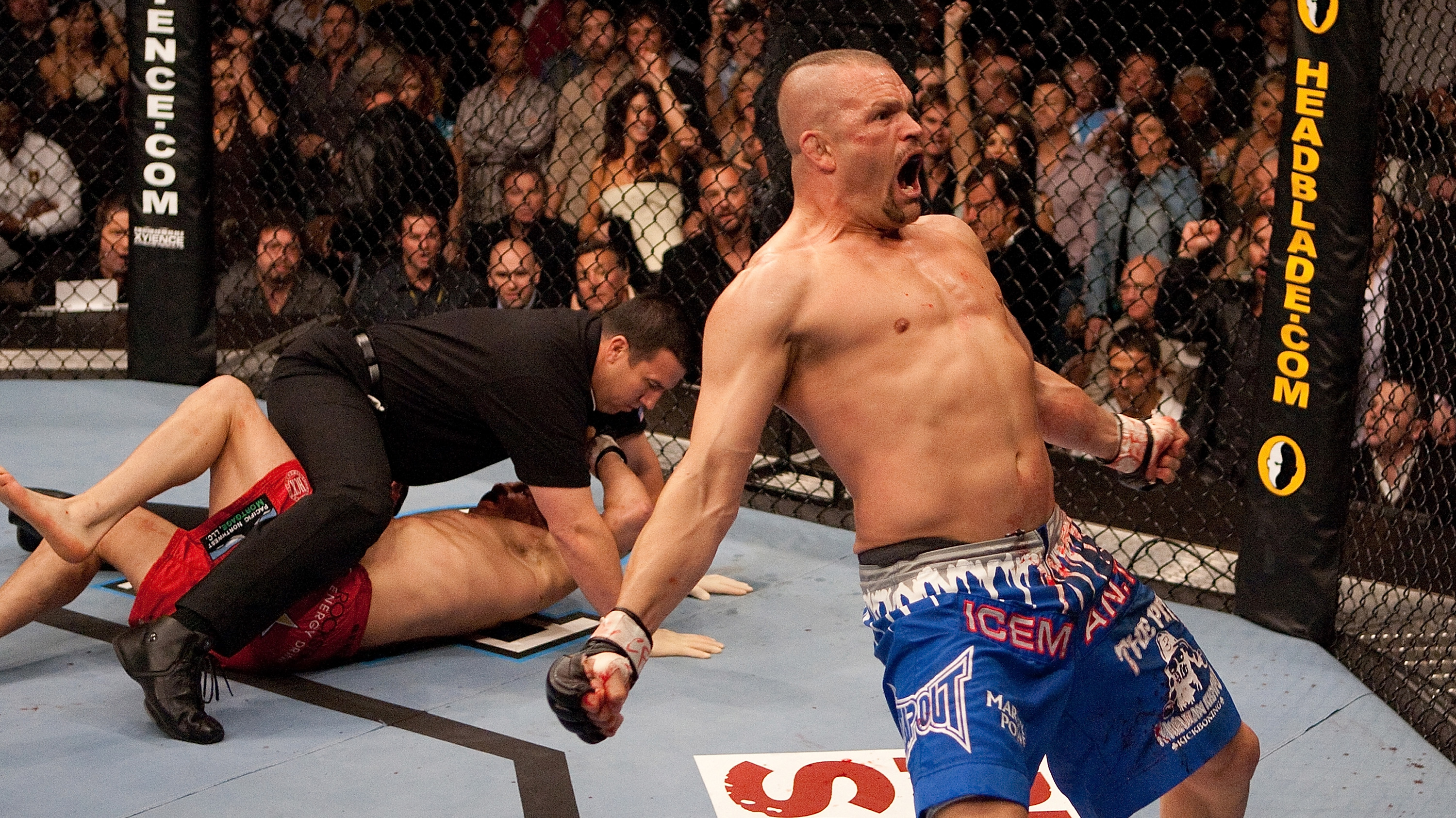 5 - Chuck Liddell
After a nearly two-year reign atop the light heavyweight division that included knockout victories over Randy Couture, Tito Ortiz, and Jeremy Horn, not to mention his previous and later victories over Wanderlei Silva, Vitor Belfort and Kevin Randleman, Chuck “The Iceman” Liddell was destined for the UFC Hall of Fame, and in July of 2009 it was made official as he was inducted during the historic UFC 100 weekend.

4 - Matt Hughes
Even during his fearsome prime, Matt Hughes always referred to himself as just a country boy, but the two-time UFC welterweight champion was so much more than that. A powerhouse wrestler with a dominant ground-and-pound attack and an underrated submission game, Hughes dominated the 170-pound weight class for years, eventually earning a spot in the Hall of Fame. 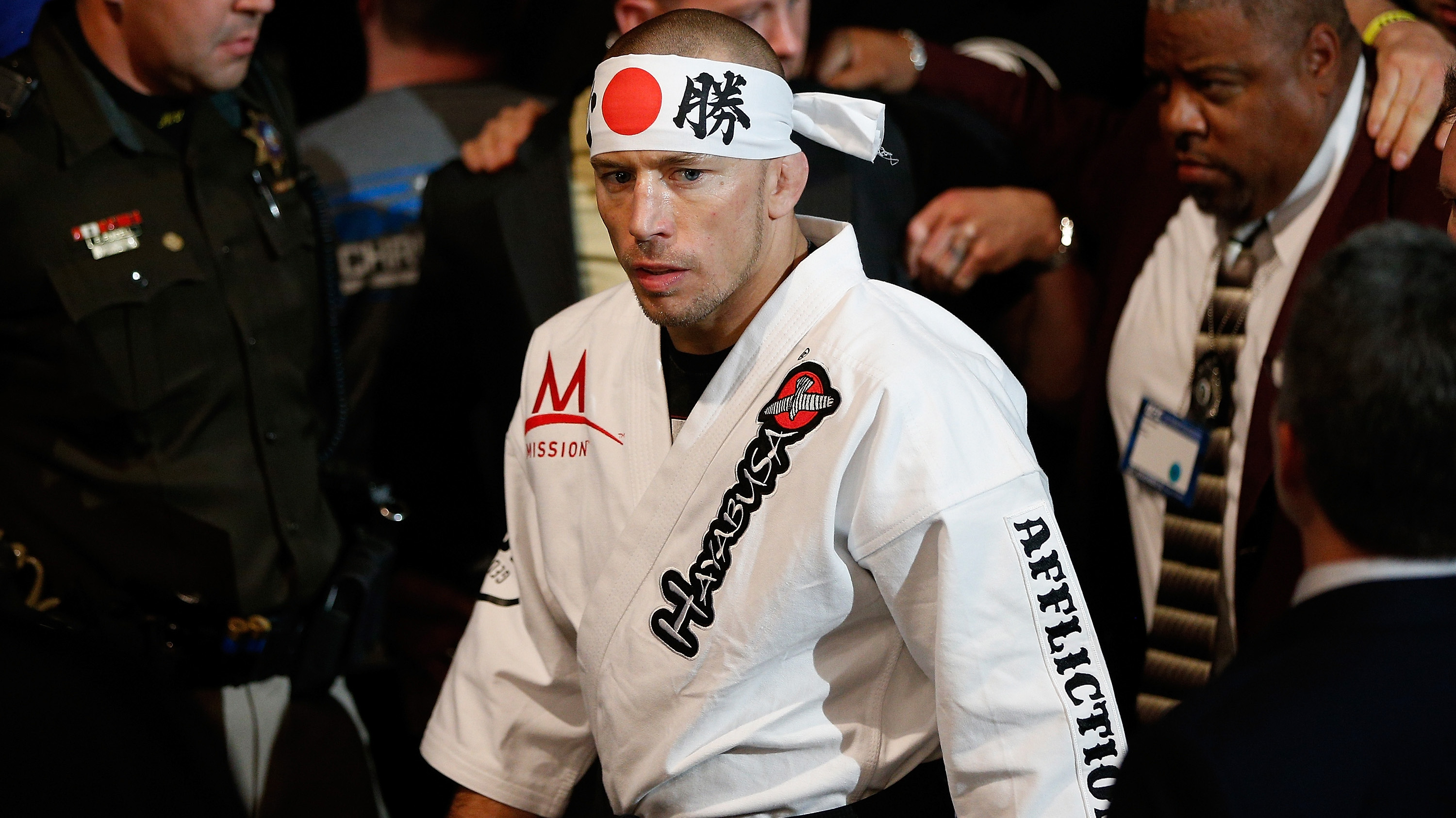 3 - Georges St-Pierre
One of the most dominant champions in UFC history, Canadian MMA pioneer Georges St-Pierre turned back all comers during his stay atop the welterweight division, defeating Matt Hughes, BJ Penn, Matt Serra, Johny Hendricks, Thiago Alves along the way.

2 - Anderson Silva
Considered by most to be the greatest mixed martial artist of all-time, Anderson Silva won the UFC middleweight title in 2006 and held it until 2013, shattering several records with his dynamic striking attack as he defeated the likes of Chael Sonnen and Vitor Belfort.

1 - Jon Jones
Jon Jones made history in March of 2011 when he defeated Mauricio “Shogun” Rua for the UFC light heavyweight title to become the promotion’s youngest champion ever. Eight successful title defenses followed for “Bones,” the current pound-for-pound king.