Pre-order Mayweather-McGregor now digitally and watch on any device | Get tickets for biggest fight in combat sports history
It’s 65 and cloudy in Dublin, Ireland, with thunderstorms and / or showers expected today and Wednesday. It’s a far cry from the forecast in Las Vegas, where sunny skies and high temperatures are par for the course leading into Saturday’s bout between Floyd Mayweather and Conor McGregor.

So forgive UFC featherweight Artem Lobov if he and his teammates are looking at their time in the fight capital of the world as a bit of a holiday, and not just because of the weather. The way “The Russian Hammer” sees it, helping to get McGregor ready for his first professional boxing match has been a lot less taxing than getting him prepped for a mixed martial arts bout. 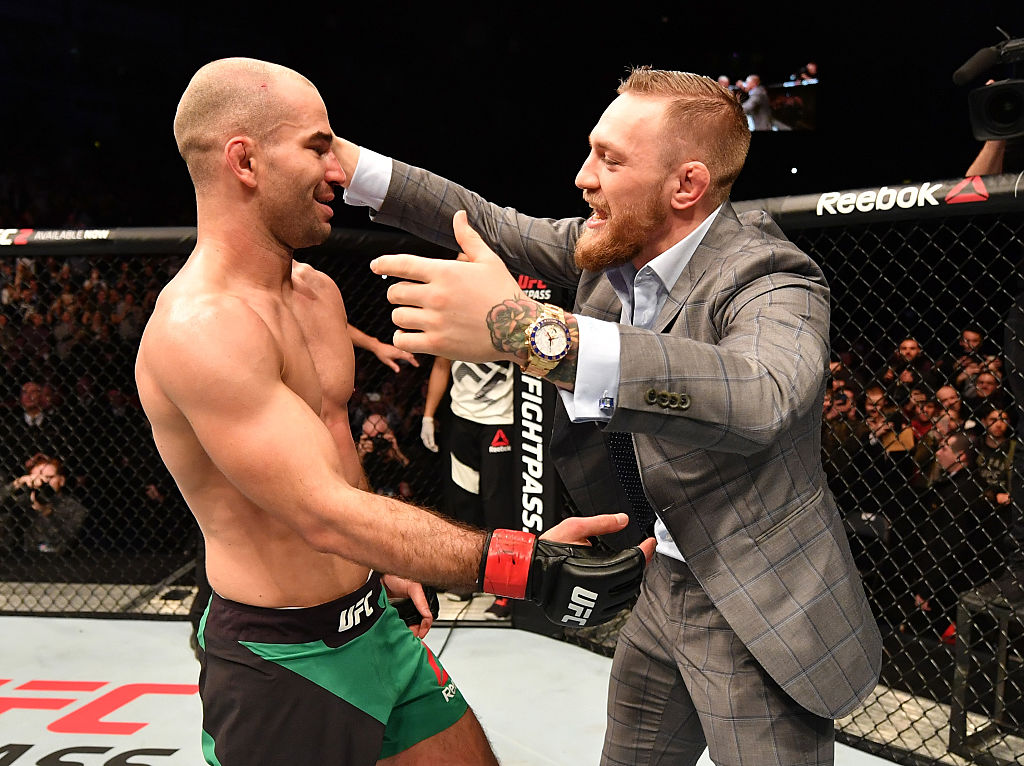 “Boxing is a very difficult sport,” Lobov said. “It requires a lot of determination and you have to be a tough individual. But when you compare it to the sport of MMA, boxing is a walk in the park. Us being MMA fighters and having multiple MMA camps before, we're enjoying this. This is a lot easier on the body. There are fewer things to watch out for. You don't have to worry about people taking you down, you don't have to worry about people kicking you or grappling. You just concentrate on striking, which already was the main weapon for both myself and Conor. So we're enjoying the camp.”

It’s not what you would expect to hear from anyone before such a monumental fight and task, but the SBG Ireland crew has always danced to the beat of its own drummer. And what the 31-year-old Lobov says does make sense when you consider that it’s just two fists that McGregor will have to dodge on Saturday, not feet, elbows, knees or the prospect of getting choked. Yet while most will focus on the things McGregor is taking out of the fighting equation when he steps between the ropes, Lobov points out that there will also be additions to his friend and teammate’s arsenal no one has seen before.

“Certainly he's adjusted (to boxing), but the reason that the adjustment is there and why it's possible is because there are a lot of things in MMA that you just would not be able to do,” he explains. “For example, in traditional boxing you have the bobbing and weaving and maybe rolling under the shots, and it's a lot harder to do that in MMA for a number of reasons. Obviously, there are knees involved and kicks, and you can't really be that close to your opponent because there's grappling and wrestling involved as well. So the adjustment is really easy because you don't need to worry about all those things. You can do a lot more now. And now that those dangers are no longer there, those are very easy adjustments to make. It's a lot easier, so we have slotted into boxing very nicely and very easily.”MORE FROM ROAD TO MAY-MAC: A Notorious Resume | Hear from Dana White | A Coach's View

Lobov, who has a UFC fight against Andre Fili scheduled for Oct. 21 in Poland, has even gotten the itch to test the waters in the sweet science himself, something he once considered a few years ago.

“I was looking to get a professional boxing license and I was very close to doing so,” he said. “The only reason I didn't get it was because when I went to meet the commission in Ireland, they told me that I would not be allowed to compete in MMA if I were to become a boxer. So that prevented me from getting the license, but I wanted to box. At the time, it seemed that's where the bigger paydays were, so it was a no brainer for me.”

Instead, Lobov stuck with MMA, got his big break when he made it to the finals of The Ultimate Fighter in 2015, and since then he has competed five times in the Octagon, defeating Chris Avila and Teruro Ishihara and going five rounds with Cub Swanson in an April bout that won Fight of the Night honors. But for now, the focus is on getting McGregor ready for a boxing match that Lobov doesn’t believe will be his last.

“He's really enjoying it,” he said. “In the future I see him taking boxing fights in between MMA fights just for sort of a little break. It's almost like going on a little holiday from fighting when you take a boxing fight. It's just so much easier on the body.” 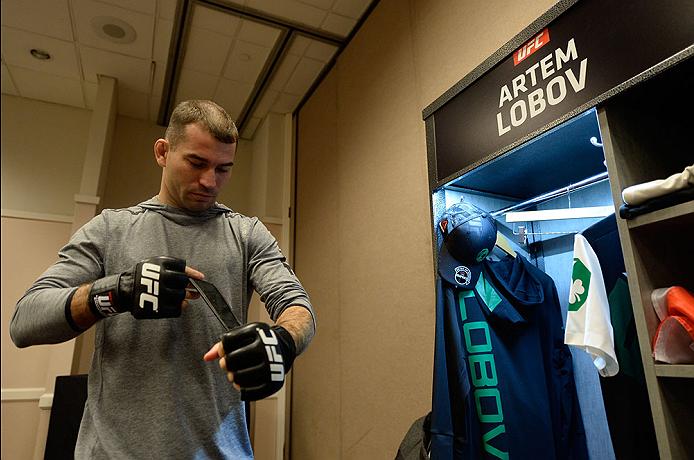 On Saturday, the proof will be in the ring, and the world will see whether the confidence of McGregor and his team has been well-placed or just bravado that disappears once the bell rings. Lobov knows where his heart and head is at, and he believes “Money” will be in for a shock this weekend.

“If I'm honest, what I see is a guy that hasn't had a real fight in a very, very long time,” Lobov said of the 49-0 Mayweather. “Manny Pacquiao he took him five years too late. Manny was already on his way out and had already been knocked out. Then Mayweather took the fight against him. Now for the first time in a very, very long time, Mayweather is going to be in a real fight against a guy who is at the top of his game. I don't think it's something he's prepared for, it's not something he's experienced in a very long time, so I think the odds are in our favor.”

And as Lobov points out, this isn’t a lark for McGregor, a fight that suddenly presented itself and was made a reality. Fighting Mayweather has been on the mind of “The Notorious” one for a while now and as he has been studying his foe for years, the reverse is certainly not true.

“Me and Conor have been talking about him boxing for a long time,” Lobov said. “We've been talking about fighting Mayweather for a long time as well. We felt that Conor would have the edge in that fight and he would beat Mayweather, and Mayweather would not be able to deal with the striking skills that Conor possesses. So when the news came that the fight has been signed, we were happy for Conor finally getting the fight and happy to be part of this camp. We can't wait to see what happens on August 26.”