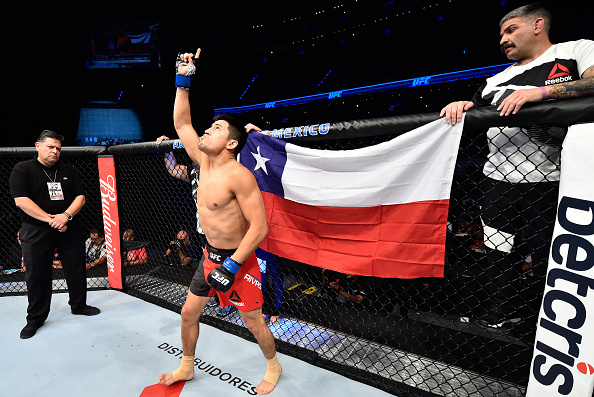 With the UFC making its first visit to Chile on Saturday, it’s clear that the last few years have seen significant progress in the mixed martial arts scene in the South American nation. No one knows that better than the lone Chilean on the UFC Fight Night card in Santiago, Diego Rivas.

“A while back, I said that the popularity of MMA in Chile was growing and now that the UFC is here, it's growing at an immense rate,” said Rivas, who faces Guido Cannetti. “It's all over TV and radio, and everyone wants to learn about MMA, so I think it's starting to boom.”

It’s the same story everywhere the UFC sets up the Octagon for the first time. A seed is planted among hardcore fans and the fighters of a location, the sport grows, becomes sanctioned and then it’s time for the big show to roll into town. It’s happened around the world since the UFC began its international expansion over a decade ago, and now it’s Chile’s turn.

So when the card was announced, Rivas’ first move was to get on the phone to his manager, Jason House.

“When I found out that the UFC was coming to Chile, I wanted to be the one who represented my country, so I immediately contacted my manager without delay,” he laughed. “Getting on this card was extremely important to me.”

It’s been over four years since Rivas last fought at home, and if you want an example of how it was the wild wild west for MMA back in 2014, just look at the memories he has of his decision win over Gaston Gomez Manzur.

“When I fought Gomez, I remember that I knocked him out in the first round and I don't know what happened, but they let us continue to fight,” he said. “He was a great opponent - a true warrior - and that's all I really remember from my last fight here in Chile.”

Apparently, it was a little wild back then. And while Rivas admits that he didn’t think the UFC would get here this soon, here it is, and the Cholchol native hopes this is just the beginning.

“I did not, to be totally honest,” he said of the UFC making it to Chile just four years after his last fight there. “It is just my hope now that, after this, the UFC will return a lot more in the future.”

Four years can be a long time, though, especially when you consider everything Rivas has been through since the Manzur fight. Following that bout, he earned a spot on the first season of The Ultimate Fighter Latin America, where he would become a teammate of Saturday’s opponent, Cannetti. 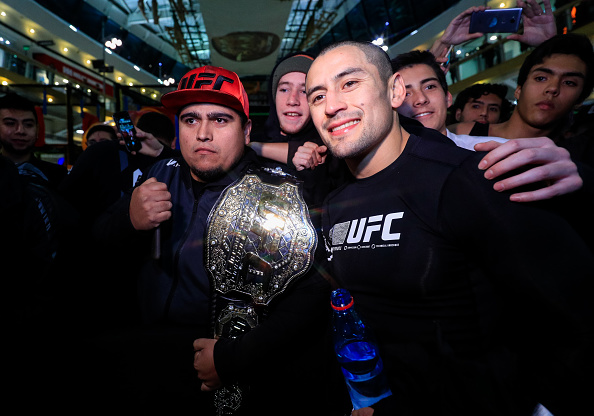 “My relationship with Cannetti was good in the house,” he said. “I had great relationships with everyone in the house. I never had any issues, and with him being from Argentina and me being from Chile, there were certain customs that were very similar. We were roommates and he slept in the bed above me actually, so we shared stories and built a relationship. Just like my teammate ‘Chito’ Vera and other members of that house, we grew together, but he is a rock in the road for me, just like I am for him. I want to see the best from him and he will see the best from me, so hopefully we put on the Fight of the Night.”

Rivas was submitted by Gabriel Benitez in the quarterfinals of TUF LATAM, but he won his UFC debut against Rodolfo Rubio and then scored a Performance of the Night knockout of Noad Lahat before a cancer diagnosis sidelined him and put more than his fight career in danger. Thankfully, he beat back the deadly disease, and while he lost his return bout to Jose Quinonez last August, he took some valuable lessons from his first pro defeat.

“That night, I learned that you need to have multiple game plans and that when one doesn’t go as planned, to try and go at your opponent another way,” he said. “In this game, you are going to win and lose, and all that matters is you continue to get better.”

It’s a good lesson for Rivas to take for himself and for his nearly six-month-old son.

“I've been a father for five months and it hasn't been easy to be an athlete and a father,” he admits. “My partner has helped a lot in the whole process and I owe her a lot for that. It's been an amazing experience and it's been very difficult, but I love being able to come home to my son and see his energy. Seeing him even when I am tired brings me to life.”

It makes Saturday’s fight even more important for Rivas, who isn’t just fighting for himself anymore, but for his family and his nation. That makes him a tough bantamweight to beat.

“That night I will have a lot of emotions going into that fight,” he said. “I will have many eyes on me, but I will just enjoy the moments as they come. I am ready for this fight and am extremely proud to be fighting in my home country.”