The Rise of Women’s MMA 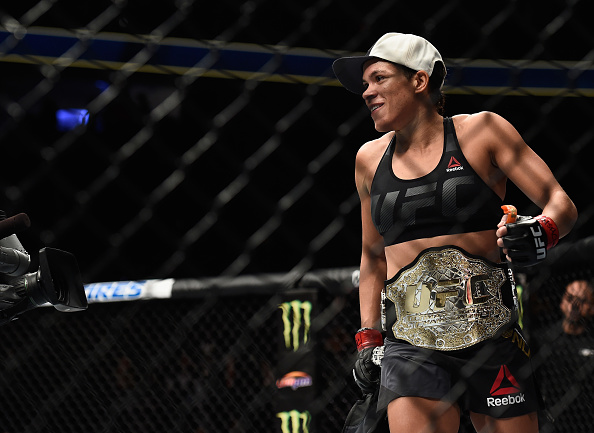 UFC President Dana White laughs at it now, but in 2011, he was adamant that women would never fight in the Octagon. It wasn’t a sexist comment, but one based on the realities of the female mixed martial arts scene at the time. Yes, there was a host of talented athletes competing, but the gap between the haves and have nots in terms of talent was wide, leading to several notable mismatches.

But White has always led the UFC with a “never say never” attitude, so when an Olympic Bronze medalist in judo named Ronda Rousey began competing for the Zuffa-owned Strikeforce promotion, he had to take a second look.

Rousey was a different breed in not just women’s MMA, but in MMA as a whole. She was a talented, hard-working and determined force of destruction on fight night, but also a striking, quotable and charismatic figure outside of competition. Add in her Olympic pedigree and compelling back-story, and White was intrigued, so much so that after Rousey’s Strikeforce bout with Miesha Tate was over, he seriously considered bringing the women’s bantamweight division to the UFC. And in late 2012, he announced that it was going to happen, with Rousey, the UFC’s first female champion, to defend her new title against Liz Carmouche in the main event of UFC 157 on February 23, 2013. 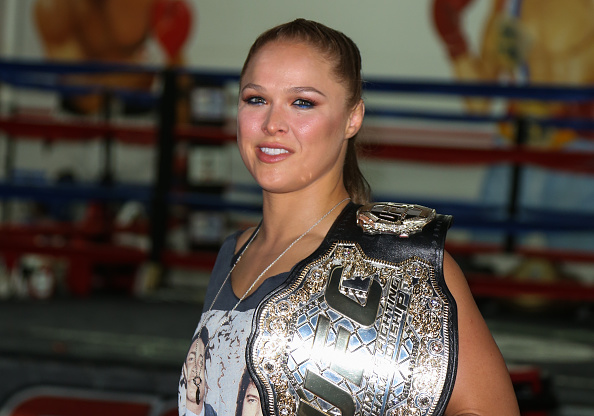 “Ronda is the real deal,” White said at the time. “She’s nasty. She’s mean. She’s like Chuck Liddell. She goes out there and tries to finish her opponents. And Carmouche is tough as nails, too. She was a Marine and she’s got great ground-and-pound. I look forward to having the women join the UFC.”

And at the Honda Center in Anaheim, Rousey and Carmouche delivered, with the champion surviving a spirited effort by her challenger before submitting her in the first round.

The revolution had begun.

Soon, the best female bantamweights in the world began fighting under the UFC banner, thrilling fans around the globe. Leading the way was Rousey, a dominant champion who was the perfect ambassador for the sport, drawing praise from all quarters, including female fighting pioneer Gina Carano.

“Going to the UFC fights, I remember sitting up in the last row and thinking, ‘Someday, someday,’” she said. “And being able to watch other women experience that and doing it with such confidence, it’s really changed a lot. At one point, it was bad to be female and walk in a gym, and people don’t understand that. But now they’re all looking for the next female fighter that’s going to make it. When I was training, it was a lot harder. Now little girls can put on gis at whatever age, and not having to see them struggle through what I kind of went through really has an emotional impact on me.”

In 2013, The Ultimate Fighter introduced women to the series, with Julianna Pena winning the season 18 title, and in 2014, the UFC brought in a second women’s division, with the 115-pound strawweights being featured on season 20 of TUF. When the dust settled on that season, Carla Esparza emerged as not just the TUF 20 winner, but the UFC’s first strawweight champion.

That’s quite a whirlwind journey, but the ladies enjoyed it as they paved the way for a new generation of female mixed martial artists that are now able to compete on the sport’s premier stage and gain the respect they’ve deserved for so many years.

“It’s extremely satisfying because that was my goal from the very beginning,” Rousey said. “I wanted to gain the respect of people that I respected and I knew that I was capable. It’s funny, but you can see on some old interviews that I did where I said ‘I’m gonna make these people love me, I’m gonna make these people respect me, and all I have to do is win and win impressively.’ It’s not like they’re gonna put me in the middle of an arena and be like, ‘Okay, here’s a model airplane, put it together in 60 seconds.’ (Laughs) I have no idea how to do that. But my mom was making me drill judo and armbars and being a fighter and an athlete ever since I can remember. I can’t remember not being an athlete. It’s just doing what comes natural, and I feel like I’ve always been deserving of that respect, but I have to do things to earn it.”

In 2015, the ladies’ segment of the sport continued to grow, and as the rest of the mainstream world took notice of this exciting development in mixed martial arts, attention skyrocketed, with Rousey earning the cover of Sports Illustrated magazine, where she was described as “The Most Dominant Athlete in Sports.”

Meanwhile, a Polish powerhouse named Joanna Jedrzejczyk introduced herself with a stirring second-round knockout of Esparza that earned her the UFC women’s strawweight title. Fight fans immediately embraced “Joanna Champion,” who successfully defended her title with wins over Jessica Penne and Valerie Letourneau, the latter win coming at the historic UFC 193 event in Melbourne, Australia, which was headlined by Rousey’s title defense against Holly Holm and the Jedrzejczyk-Letourneau bout. Why so historic? Not just because two women’s bouts headlined a UFC event, but because they did it in front of a record crowd of 56,214 fans at Etihad Stadium. 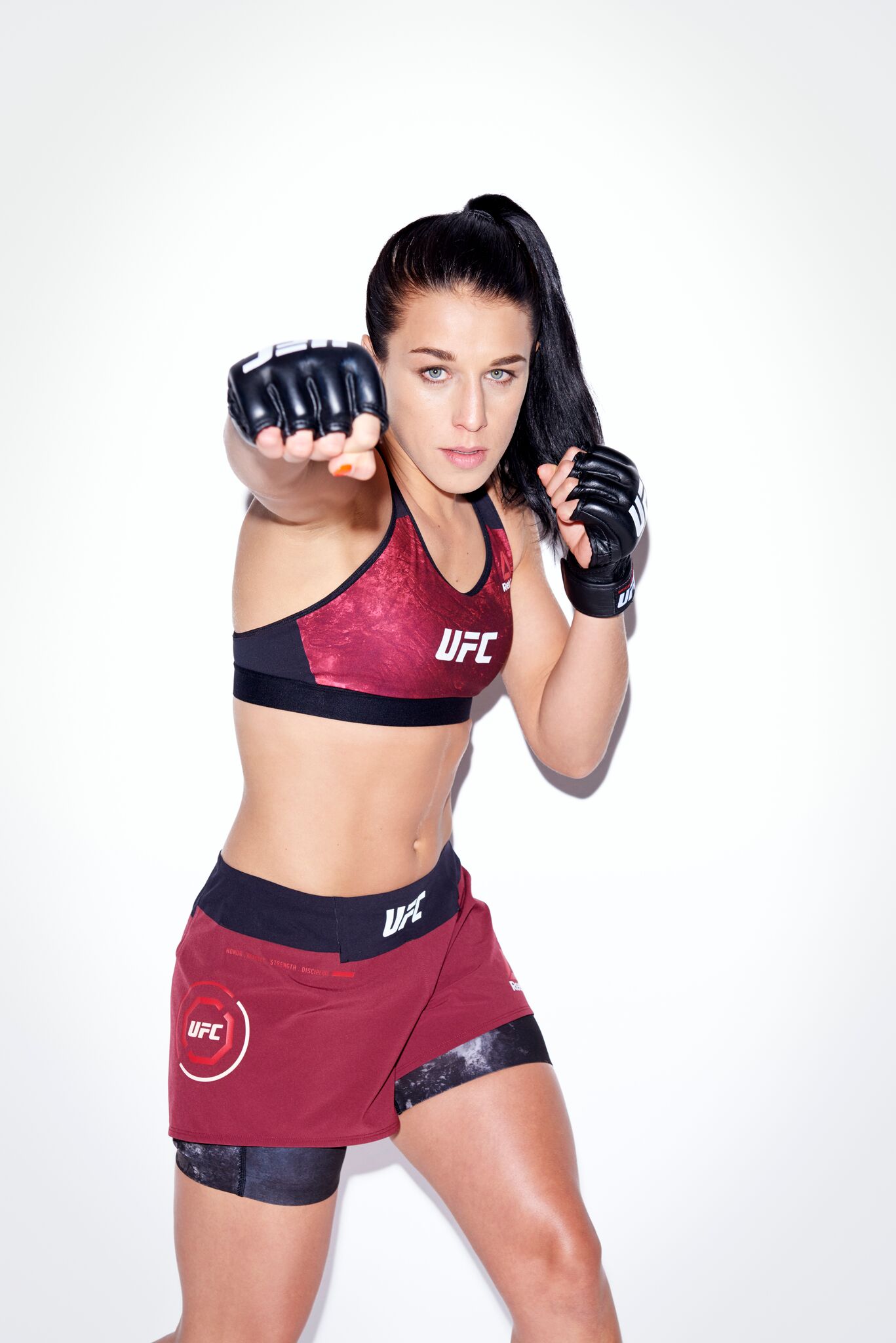 That night, Holm, a former three-division world boxing champion, shocked the world when she knocked Rousey out in the second round and took her bantamweight crown.

“After I was landing a few good straight lefts, I knew that I had it if I didn’t lose focus,” Holm said. “Anything can happen in there, and I didn’t want to let down my guard, thinking that this is going to be an easy task, because there’s no way that would be an easy task to take down Ronda Rousey. So I did feel confident in being able to time her, and I just needed to make sure to stay focused and not put my guard down at any time. I thought if there’s a good opening, just take it, and there wound up being the opening, so I went for it.”

Four months later, it was Holm on the receiving end of a stirring upset when Tate submitted the Albuquerque native in the fifth round to cause another shift of the 135-pound crown. But the musical chairs didn’t stop, as Amanda Nunes removed the title from Tate’s grasp and then became only the second woman to successfully defend that bantamweight belt when she knocked out Rousey in 48 seconds last December.

Meanwhile, Jedrzejczyk continues to dominate the 115-pound weight class, as she followed up her win over Letourneau with a trio of victories over Claudia Gadelha, Karolina Kowalkiewicz and Jessica Andrade that lifted her to superstar status and has her thinking that her reign is going to last as long as she wants it to.

Yet while the bantamweights and strawweights have thrilled UFC fans for the last four-plus years, Nunes and Jedrzejczyk made way for the featherweights in 2017, with Germaine de Randamie winning the first 145-pound title by defeating Holm at UFC 208. And while the reign of "The Iron Lady" did not last long, it appears that the new champion, former Strikeforce and Invicta FC titlist Cris Cyborg, will have a long stay at the top after a dominant title-winning effort over Tonya Evinger at UFC 214 in July. Plus, the ladies will get another weight class to compete in at 125 pounds, as the current season of The Ultimate Fighter will crown the UFC’s first female flyweight champion, adding even more top-level fighters to the promotion.