On the Rise: UFC Fortaleza

Here’s a closer look at three of the top up-and-coming talents on the UFC Fortaleza card
By E. Spencer Kyte • Jan. 28, 2019

The UFC makes its first trip to Brazil in 2019 this weekend with a stacked event in Fortaleza headlined by a standout bantamweight rematch between Raphael Assuncao and Marlon Moraes.

With at least one Brazilian fighter competing in each of the night’s 13 bouts, Saturday’s fight card will showcase both some of the best fighters from the country today as well as a host of emerging Brazilian names to follow throughout the year and beyond.

Here’s a closer look at three of the top up-and-coming talents on the card.

This is the UFC Fight Night: Assuncao vs. Moraes II edition of On the Rise.

Some fighters use their time on the microphone following their first UFC win to thank their families and coaches who helped make their dreams a reality. Others lobby UFC President Dana White for a Performance of the Night bonus. Others still use the moment to try and set up their next bout, issuing specific challenges or stating their case for a general step up in competition.

Johnny Walker pleaded to be put in the UFC video game. 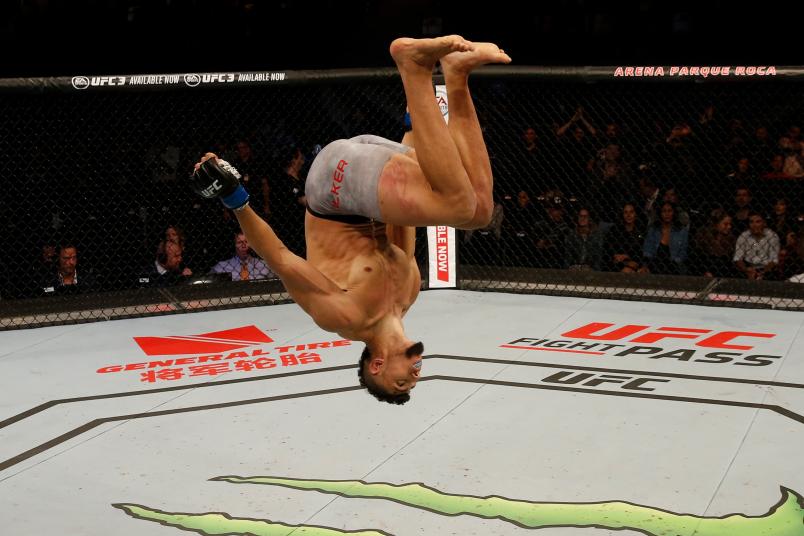 The 26-year-old light heavyweight made a splash late last year, stepping into the cage with Khalil Rountree Jr. in mid-November and needing just shy of two minutes to leave the former TUF finalist laying on the canvas, unable to continue. A massive specimen with a boyish smile and obvious, explosive potential, the six-foot-five Walker has now won seven consecutive contests, with his win over Rountree instantly establishing him as one to watch in the light heavyweight division.

Walker has drawn Justin Ledet for his sophomore appearance in the Octagon and it’s a matchup that should again provide the charismatic Brazilian with an opportunity to showcase his offensive arsenal.

After winning a trio of bouts at heavyweight to begin his UFC tenure, Ledet dropped down to the 205-pound ranks last time out and ran into rising star Aleksandar Rakic, who used a clear speed advantage to dominate the action. Walker did a good job of using his 81-inch reach against Rountree and should do the same here, attacking with long-range punches and kicks that keep Ledet off balance and create opportunities to close the distance and attack with elbows and knees.

There is always a need for new blood in the light heavyweight ranks and the immediate success of former middleweights Anthony Smith and Thiago Santos last year showed how quickly a fighter can climb the divisional ladder after getting a few quality performances under their belt.

Walker has already turned in one eye-opening effort in the Octagon and if he replicates it on Saturday night, he should get a chance to face an even more established, experienced opponent next time out… and maybe get added to the video game as well. 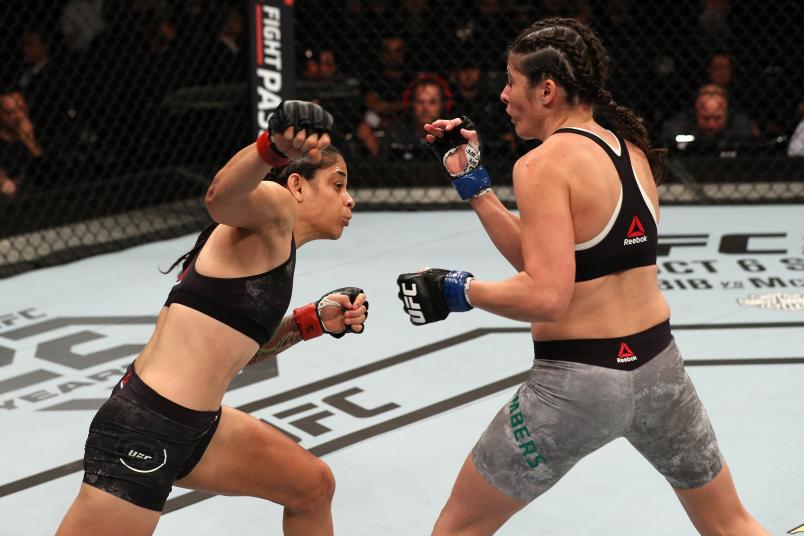 The former Invicta FC strawweight champion made a splash in her promotional debut last fall, storming the Octagon and submitting Australian veteran Alex Chambers in 81 seconds to record her third straight victory and 12th win in 13 career starts. This weekend, Souza returns to compete in Brazil for the first time in more than four years as she welcomes unbeaten promotional newcomer Sarah Frota to the UFC.

Souza is ultra-aggressive and dangerous in every facet of the game, boasting a variety of first-round finishes, a complete offensive arsenal and zero hesitation when it comes to attacking. She spent a little over a year on the sidelines dealings with injuries between her final Invicta FC appearance — a win over recent title challenger Janaisa Morandin — and her bout with Chambers, and in that time, Souza seems to have tightened up and sharpened the little elements that often separate the very good fighters from the elite contenders.

Saturday night, “The Brazilian Gangsta” squares off with Frota, an unbeaten 31-year-old representing the Astra Fight Team who has gone nine-for-nine in her career and impressed with a first-round stoppage win over Maiara Amanajas this summer on the all-Brazilian edition of Dana White’s Contender Series.

Currently stationed outside of the Top 15, Souza has the potential to make a rapid rise up the rankings in the strawweight division this year, and if she is able to turn back Frota in impressive fashion, she should garner herself an opportunity against a ranked opponent for her third trip into the Octagon. 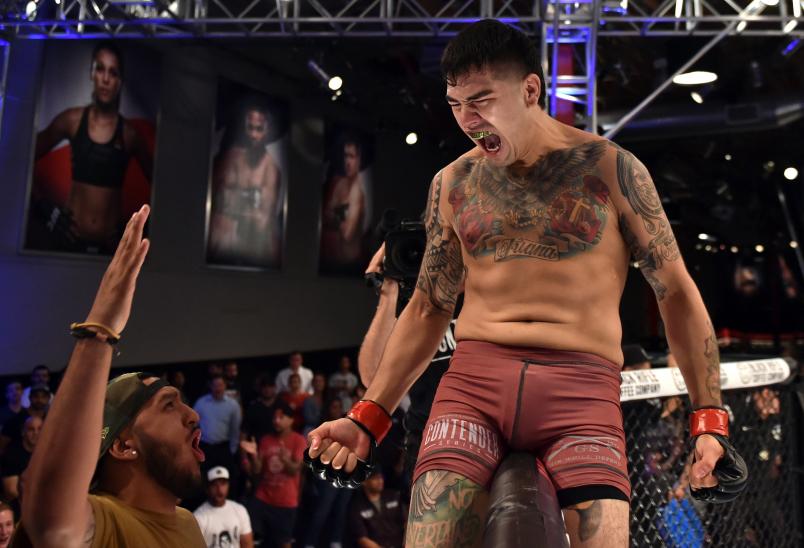 Arriving on the Contender Series this summer with a 6-0 record and a heart-wrenching story of loss, Hernandez wasted no time punching his ticket to the UFC as he rolled through Jordan Wright in 40 seconds to secure one of the four contracts handed out on Season 2’s second episode.

The 25-year-old, who trains alongside bantamweight rising star Aspen Ladd as part of the MMA Gold Fight Team, has crisp striking and obvious power to go along with a solid guillotine and the gas tank to go 25 minutes without letting up, as he showed in his title win over current LFA middleweight kingpin Brendan Allen.

Perez, who has gone 1-2 in his first three UFC starts, brings an awkward style with a penchant for spinning attacks to the cage. He rattled off nine straight wins to start his career, including victories over UFC vets Paulo Thiago and Ildemar Alcantara before submitting current UFC middleweight (and another LFA champ) Ian Heinisch before accepting (and losing) a short-notice bout against Eryk Anders.

Hernandez is the kind of young, offensive fighter that could quickly establish himself as someone to track in the deep 185-pound weight division — an obvious talent with a tremendous story and clear potential — but he’s got to get through Perez first.

If he does so on Saturday, expect to hear a lot more about Hernandez in the months ahead.