In addition to the last pay-per-view of 2019 closing with a triumvirate of title fights, the early action at T-Mobile Arena in Las Vegas will get underway with a trio of newcomers looking to start their respective climbs to the top of an event like this.

Here’s a look at the newcomers to keep an eye on as the action hits the Octagon at UFC 245 this weekend.

These are the fighters on the rise. 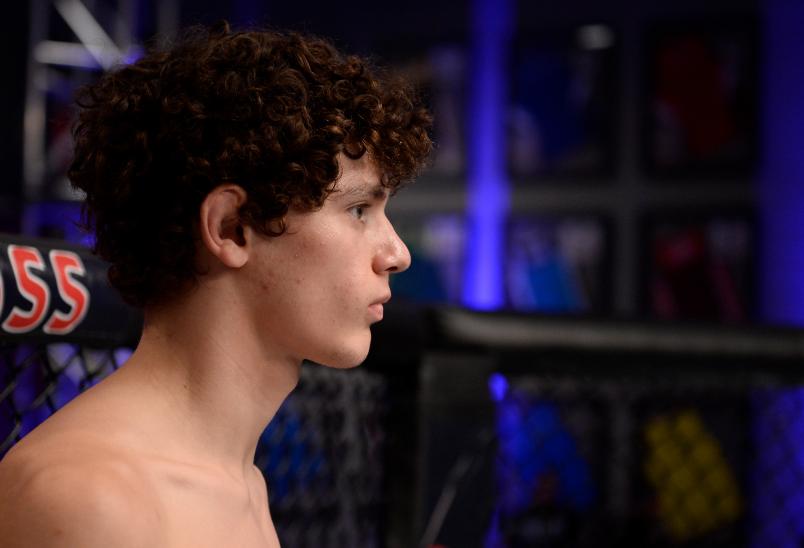 Having just turned 20 years old in mid-September, Hooper is currently the youngest fighter on the UFC roster, though his ascent to the Octagon has been in the works for well over a year.

The featherweight prospect secured a developmental deal following his unanimous decision win over Canaan Kawaihae in the opening bout on the sixth week of the second season of the Contender Series. It the kind of effort that showcased both his upside and his lack of seasoning and experience, but since then, the Pacific Northwest native has rebounded from a split draw result under the CFFC banner with a pair of stoppage wins to push his record to 8-0-1 and make the move to the main roster.

Welcoming Hooper to the Octagon for the first time will be David Teymur, the 31-year-old Swedish veteran who finally notched his first UFC victory last time out after landing on the wrong side of the results in each of his first three entertaining appearances. A power puncher who doesn’t lay off the gas, the compact Swede will be in Hooper’s face from the outset and trying to catch his chin with everything he throws.

This is an excellent pairing for Hooper’s debut, as it will not only provide an instant read on where he fits within the talent-rich featherweight ranks, but also potentially highlight strategic and tactical advantages he carries with him into the cage, as Hooper will have a massive height and reach advantage and superior grappling abilities to Teymur.

If he can step into the Octagon, make use of his advantages, play to his strengths and secure a victory over a game, dangerous opponent like Teymur right out of the chute, the 20-year-old Contender Series product will put himself on the map as someone to play close attention to heading into next year. 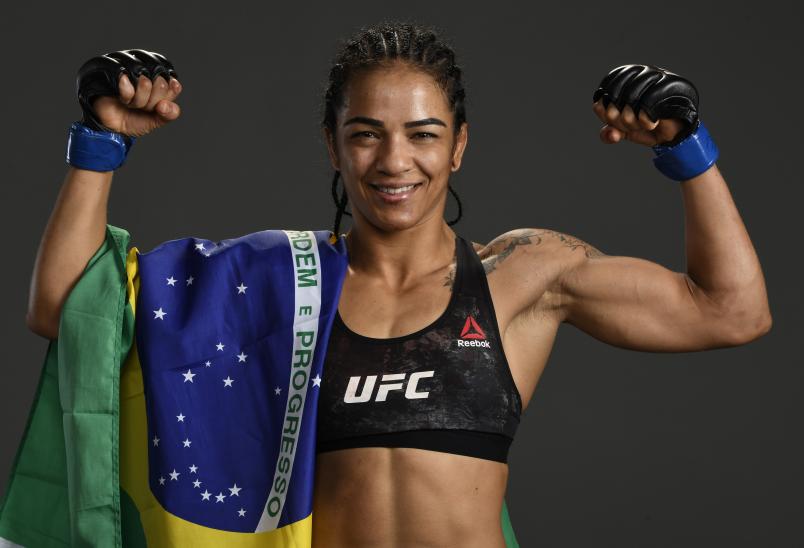 Viviane Araujo of Brazil poses for a portrait backstage after her victory over Alexis Davis during the UFC 240 event at Rogers Place on July 27, 2019 in Edmonton, Alberta, Canada. (Photo by Mike Roach/Zuffa LLC)

While the championship fights are stationed atop the lineup card for Saturday night, a recent title challenger returns to the cage early in the evening, but it’s her opponent who also bears watching.

Araujo looks to extend her overall winning streak to six and pick up her third consecutive UFC win this weekend in a showdown with Jessica Eye, who is fighting for the first time since getting knocked out by Valentina Shevchenko at UFC 238 this summer in Chicago. Though Eye rose to challenge for the title by landing on the happy side of several close decisions and wasn’t able to best Shevchenko, she remains a battle-tested tough out and the kind of experienced fighter an emerging threat like Araujo needs to beat in order to be viewed as a legitimate title contender.

The Brazilian has already enjoyed a breakthrough campaign in 2019, shining in her short-notice debut against Talita Bernardo up a division before returning to flyweight and out-working Canadian veteran Alexis Davis in July. Prior to arriving in the UFC, the 33-year-old Araujo secured a third-round stoppage win over veteran Japanese standout Emi Fujino to secure the vacant Pancrase strawweight title.

“Vivi” has flown under the radar so far this year, but a dominant showing against an established fighter with an outstanding divisional record like Eye will go a long way to introducing her to a wider audience and putting her in a position to face off with the rest of the division’s elite in 2020. 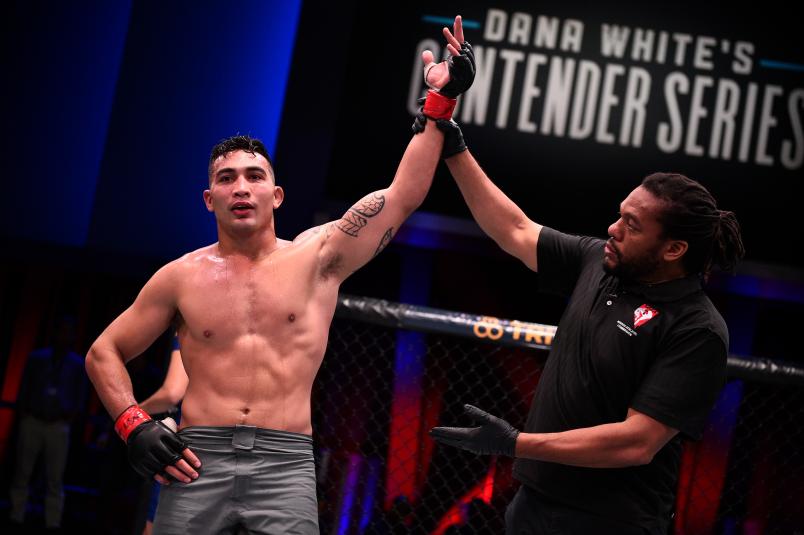 Punahele Soriano reacts after his victory over Jamie Pickett in their middleweight bout during Dana White's Contender Series at the UFC Apex on June 18, 2019 in Las Vegas, Nevada. (Photo by Chris Unger/DWCS LLC)

An undefeated middleweight prospect, Soriano was the first fighter from the Contender Series to secure a contract this season, earning the call to the Octagon following his unanimous decision victory over returning competitor Jamie Pickett in the main event of Week 1. The victory pushed the 27-year-old Hawaiian’s record to 6-0 and now he’s set to make his promotional debut on Saturday night in Las Vegas against Oskar Piechota.

Soriano has made a steady climb to the biggest stage in the sport over his first three years as a professional following an undefeated amateur career. Having turned pro at the start of 2017, the relentless middleweight prospect has worked through the different tiers of the regional circuit, bouncing around to different promotions to secure tough fights, and he emerged victorious each time out.

It’s that dogged determination and constant pressure that impressed UFC President Dana White this summer, as Soriano never gave Pickett a chance to get comfortable and regroup, dominating the action to earn a clean sweep of the scorecards and a chance to compete in the Octagon.

Piechota will be a strong initial test for the newcomer as the 29-year-old from Poland has twice as many professional appearances, including a pair of UFC victories, under his belt than Soriano. Piechota looked outstanding in his first two Octagon appearances, but has since been submitted in consecutive losses to Gerald Meerschaert and Rodolfo Vieira, so he arrives in Las Vegas looking to get back into the win column and start rebuilding some momentum to close out the year.

Provided Soriano can maintain his unbeaten record and secure a victory in his maiden voyage into the UFC cage, he should have plenty of opportunities to work his way up the divisional ranks in the coming year.