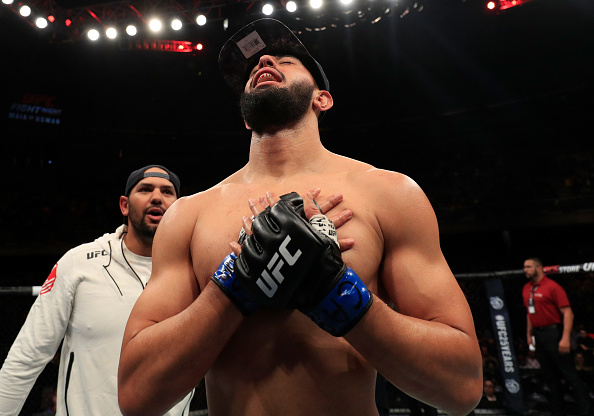 Normally in this space, I turn a spotlight on new arrivals to the UFC or athletes who have garnered very little attention through their first couple forays into the Octagon, but because the UFC 229 fight card is loaded with talent, there aren’t enough debuting fighters or unsung talents to round up to follow that traditional approach.

The lone newcomer is Jalin Turner, a tall, rangy 23-year-old who collected a first-round stoppage win on Season 2 of the Contender Series earlier this year. “The Tarantula” is definitely someone to keep an eye on, but because he’s the lone newcomer, I’m opting to shift course a little this time around, but only this one time.

Allow me to present the “Last Chance Edition” of On the Rise, featuring a trio of fighters who are already making their way up the rankings and have the potential to become bona fide contenders within the next 12-18 months, depending on how things shake out inside the cage.

Each of them has been featured in this space before, so you should already be tracking their progress and as excited about their upside as I am, but just in case you’re not, now’s your chance.

If you don’t get on board the bandwagon now, you’re going to be too late.

As a child of the ‘80s, whenever I hear the name “Devastator,” I immediately think of those dastardly Constructicons banding together to form a giant, super-bot that helped Megatron and the Decepticons battle Optimus Prime and the Autobots.

But Reyes is quickly changing that.

Three weeks after going viral with a head kick knockout of Jordan Powell under the LFA banner, Reyes was in the Octagon, running through Joachim Christensen in 29 seconds to collect his first UFC victory. Six months later, he was tapping out Jeremy Kimball and then in May, he ventured to Santiago, Chile to run through Jared Cannonier.

In his first year on the roster, the 28-year-old light heavyweight went 3-0 with three first-round finishes, pushing his record to 9-0 and setting up this weekend’s main card pairing with Ovince Saint Preux.

A plus athlete who is still in the formative stages of his fighting career, Reyes is already ranked in the Top 15 and could make the leap into the Top 10 with a win over Saint Preux. He’s made quick work of everyone he’s faced and if he does the same to a divisional stalwart like “OSP,” the MMA community will be buzzing about Reyes’ potential and he’ll put himself in a position to face the most established fighters in the light heavyweight division in 2019.

Luque came out on the wrong side of things in his first foray into the Octagon after being a member of Team Blackzilians on Season 22 of The Ultimate Fighter. All he has done since then is go 6-1 with six finishes and his lone setback coming against 11th-ranked welterweight Leon Edwards.

The 26-year-old Brazilian has the talent to follow in Edwards’ footsteps as an unsung competitor who strings together a bunch of strong outings without much fanfare only to kick in the door once he’s afforded his first chance to make a real impression. He has sharp, technical boxing with proven knockout power and is quick to lace up chokes when given the opportunity, which makes him a handful for anyone he faces.

While the talent is there for Luque to be a breakthrough fighter in the 170-pound weight class, it probably isn’t going to happen with this outing as he’s matched with the newcomer Turner. It’s a tricky matchup with low reward, but a third consecutive victory would keep him on the slow and steady climb up the divisional ladder and put him in position to potentially crack the Top 15 in the first half of 2019.

Like the other two fighters on this list, “The Silent Assassin” is one of those fighters you should already be tracking, but just in case the back-to-back finishes of Niko Price and Chad Laprise weren’t enough to convince you, Saturday offers you one last chance to climb on board the Luque bandwagon so that when it crashes through the gates of the welterweight rankings next year, you’ll be seated comfortably, enjoying the ride. 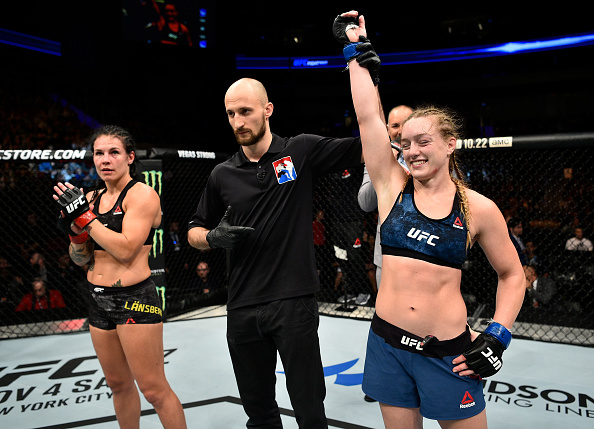 The youngest and least experienced member of this triumvirate, Ladd has the biggest opportunity of the bunch this weekend in Las Vegas as she steps into the Octagon for her sophomore UFC appearance against former Invicta FC bantamweight champion Tonya Evinger in the opening bout of Saturday’s televised prelims.

The 23-year-old Ladd went 5-0 under the Invicta FC banner, beginning her career at flyweight before moving up to the bantamweight division. Along the way, the MMA Gold representative earned victories over Amanda Cooper, Kelly McGill-Velasco and Sijara Eubanks, with the latter of the group being the only one to make it to the final horn against the talented upstart.

In her promotional debut, Ladd rallied from a rough opening round to finish Lina Lansberg in the second, showcasing the grappling and ground-and-pound skills that had observers talking about her championship upside during her Invicta FC days. Now, after missing weight for a scheduled meeting with Leslie Smith in April, Ladd gets a massive test for her second attempt at her sophomore appearance in the Octagon, stepping in with the battle-tested, unflappable Evinger.

“Triple Threat” made her long-awaited promotional debut last July in a featherweight title fight opposite Cris Cyborg, lasting into the third round against the Brazilian wrecking machine. That fight snapped an 11-fight unbeaten streak, which included her championship victory over Irene Aldana and three successful title defenses.

Brimming with potential, a victory for Ladd would catapult her into the thick of the title chase in the unsettled bantamweight division and position her squarely in the spotlight heading into next year.