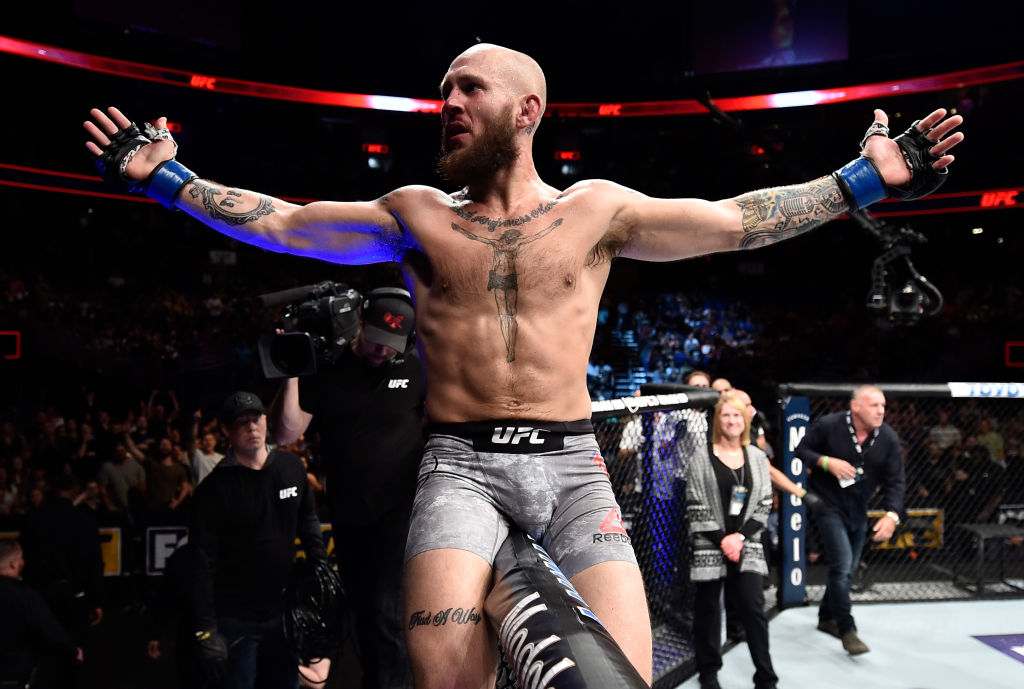 Brian Kelleher celebrates after the conclusion of his bantamweight bout against Renan Barao of Brazil during the UFC Fight Night event at Amway Center on February 24, 2018 in Orlando, Florida. (Photo by Jeff Bottari/Zuffa LLC/Zuffa LLC via Getty Images)" align="center" />
This weekend’s return to Rio de Janeiro, Brazil features one of the country’s two current champions, some of the top current and future talents from the host nation and a handful of Brazilian legends.

It’s an intriguing collection of compelling fights, many of which will have an immediate impact on their respective divisions and one that will mark the end of Vitor Belfort’s 20-year career.

In addition to all that, there is a trio of emerging fighters in key weight classes set to make the walk to the Octagon on Saturday night at Jeunesse Arena that folks should be paying attention to this weekend and going forward.

“Boom” has gone 3-1 in his first year on the UFC roster and enters this weekend’s contest coming off the biggest win of his career – a strong unanimous decision victory over former divisional kingpin Renan Barao back in February. Currently stationed outside of the Top 15, the 31-year-old New Yorker has a chance to elevate himself into the bantamweight title fray as he takes on diminutive powerhouse John Lineker on the Pay-Per-View main card.

Lineker has gone 5-1 since moving up to the 135-pound ranks, with his lone loss coming against current champ TJ Dillashaw, so he’s clearly a tough out and a legitimate contender, which makes this a crucial opportunity for Kelleher.

He’s gone on the road to pick up quality wins twice in his four previous Octagon appearances, earning finishes against Iuri Alcantara in his promotional debut in the same arena and he did the same to Damian Stasiak in Poland. If he can do it again here, Kelleher will catapult himself into the Top 10 and potentially set himself up for an even bigger opportunity in the second half of the year.

After earning his UFC contract with a 15-second victory over Ryan Spann, the former kickboxer collected a first-round submission win over Darren Stewart in his promotional debut back in November in a performance that highlights why Roberson is one to watch in the 185-pound weight class.

Coming out of a takedown attempt by Stewart along the fence, the 26-year-old “Baby K” hit a beautiful lateral drop and immediately floated into back mount and started working for a rear-naked choke. Although he didn’t connect with the initial attempt, the New Jersey-based newcomer stayed patient, made his adjustments and ultimately laced his forearm under Stewart’s neck, securing the tap.

Middleweight is in the midst of a major shift and with a perfect 6-0 record and five straight finishes heading into this weekend, a victory over Cezar “Mutante” Ferreira could put Roberson on the fast track towards the Top 15 heading into the summer. 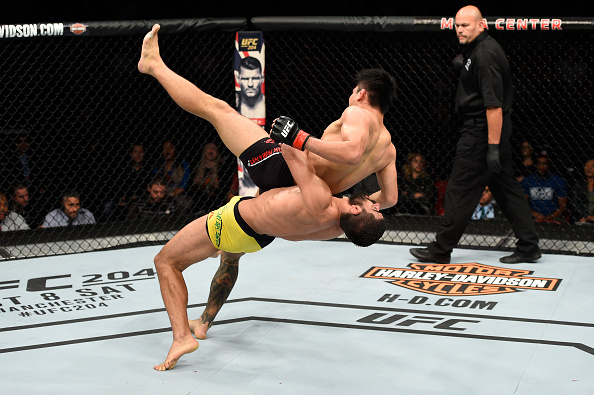 Elizeu Zaleski dos Santos of Brazil takes down Keita Nakamura of Japan in their welterweight bout during the UFC Fight Night event at the Moda Center on October 1, 2016 in Portland, Oregon. (Photo by Josh Hedges/Zuffa LLC/Zuffa LLC via Getty Images)" align="center" />

Competing in a division as deep as welterweight makes it hard to stand out at times, which is why dos Santos finds himself on this list despite entering Saturday’s preliminary card showdown with Sean Strickland on a four-fight winning streak.

The 31-year-old “Capoeira” dropped his promotional debut by split decision and hasn’t looked back since, picking up victories over Omari Akhmedov, Keita Nakamura, Lyman Good and Max Griffin while collecting three Fight of the Night bonuses along the way. Pulling through in close fights time after time is a testament to his heart and toughness and that alone makes him an interesting addition to the talented 170-pound weight division, but now it’s time to find out if Zaleski dos Santos has the stuff to climb the rankings in the future.

Strickland arrived in the UFC as an unbeaten middleweight prospect and has gone 4-2 since moving to welterweight, with his setbacks coming via decision to Santiago Ponzinibbio and Kamaru Usman. He’s got good size, clean technique and is tough to put away as well, so if Zaleski dos Santos can push his winning streak to five while turning aside the Californian, he should find his way into more high profile matchups and greater acclaim later this year.