Pre-order UFC 216 digitally and watch on your device
Twin championship fights headline this weekend’s UFC Pay-Per-View event at T-Mobile Arena in Las Vegas, with Demetrious Johnson looking to make history and break Anderson Silva’s record for consecutive successful title defenses opposite Ray Borg in the penultimate bout of the evening, and Tony Ferguson and Kevin Lee vying for the interim lightweight strap in the headliner.

Had this series existed two or three years ago, Borg, Ferguson and Lee would have all made at least one appearance in an On the Rise list, as each showed a ton of promise early and rose through the ranks undetected for a period of time before experiencing their respective breakout moments.

Now, all three will compete this weekend with a chance to walk away with UFC gold around their waist. Before they hit the Octagon, another crop of potential contenders and up-and-coming athletes will hit the cage, in hopes of one day seeing their names atop the marquee.

“FireKid” was featured in this space in advance of his promotional debut in April, where he went out and finished Patrick Williams with standing elbows and punches along the fence. Set for his sophomore appearance in the Octagon, consider this your last opportunity to get on the Duquesnoy bandwagon while there are still a few seats available. 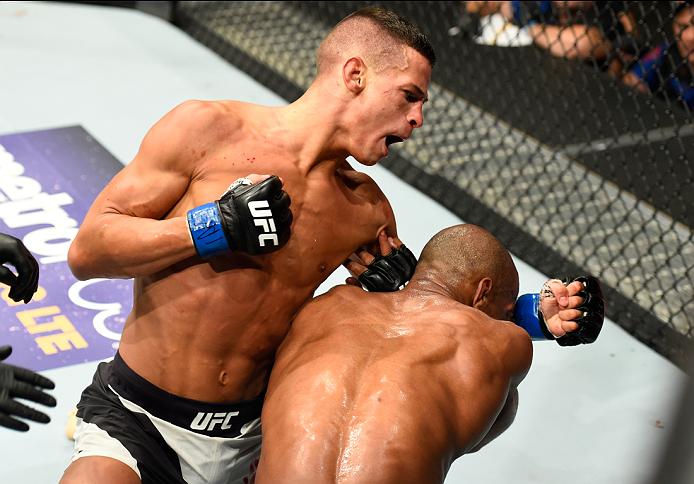 The 24-year-old French bantamweight has been regarded as one of the top prospects in the sport for a couple years now and he justified that label with his win over Williams in Kansas City. Unlike many emerging talents his age, Duquesnoy already boasts a well-rounded, nuanced offensive arsenal and he’s shared the cage with several tough, experienced competitors on the regional circuit before arriving in the UFC, giving him a leg up on other youngsters looking to make their mark.

This weekend’s matchup with Cody Stamman will serve as a good second look at both fighters and a means to gauge where they stand in the bantamweight ranks. It’s a good matchup that should force Duquesnoy to show more of the skills that make him such a highly touted prospect, and if he can get another quality win, it wouldn’t be surprising to see the ultra-talented newcomer get a serious push in 2018.

How about we just go ahead and give Gonzalez a mulligan for her first UFC appearance?

After accepting a fight with Cynthia Calvillo three weeks prior to UFC 210, Gonzalez was told she was being pulled from the event on the day of weigh-ins, only to have that decision reversed later in the day. Once they got in the cage the next day, Gonzalez held her own for the opening two rounds before eventually getting submitted by the surging Team Alpha Male representative.

Getting hit with a gut-punch like having the biggest fight of your life cancelled at the 11th hour has to take the wind out of your sails, and even though the bout ended up taking place, the upheaval and emotion of the situation most likely had an impact on Gonzalez’ performance that night in Buffalo.

This weekend, she steps into the Octagon against promotional newcomer Poliana Botelho in a bout that should proceed without issue. Prior to her loss to Calvillo, Gonzalez had collected six straight wins, including a submission win over 12th-ranked Cortney Casey.

With a full camp behind her and the drama from UFC 210 behind her, we should see the best version of Gonzalez on Saturday night in Las Vegas. 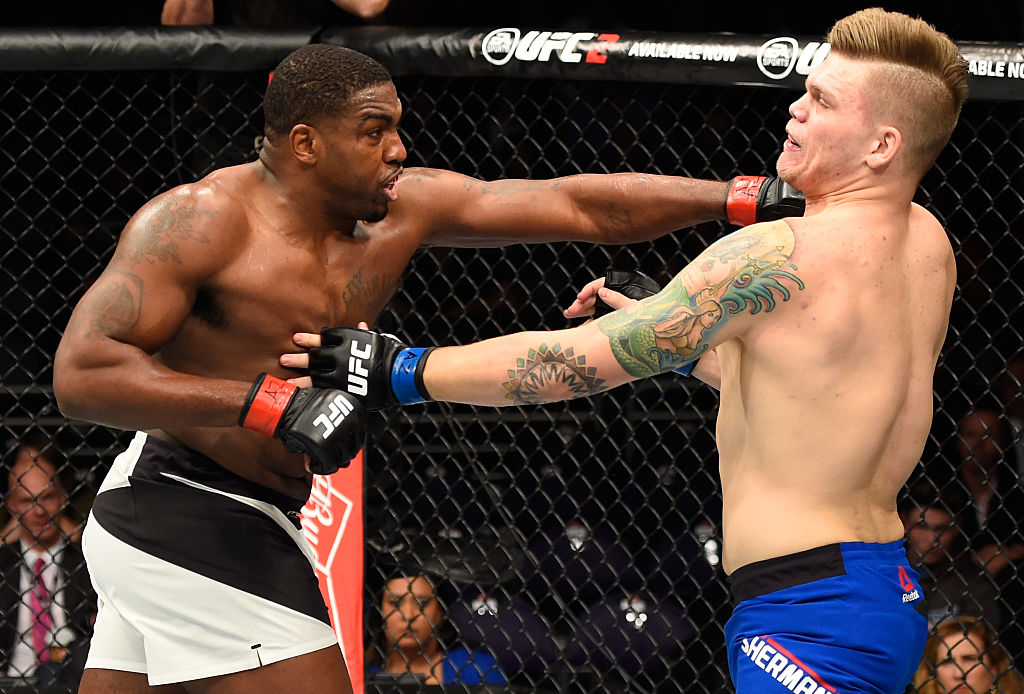 A former college basketball player, Harris makes his eighth appearance in the Octagon on Saturday, squaring off with Mark Godbeer in the UFC 216 Fight Pass Featured Prelim.

After stumbling to a 1-4 start in the Octagon, Harris has responded with back-to-back stoppage victories, knocking out everyone’s favorite social media GIF maker, Chase Sherman, in January before burying Cyril Asker under a barrage of punches and elbows in Singapore in June. It has taken some time, but it appears that the 34-year-old big man has finally found his footing and is starting to put it all together in the cage.

Godbeer is a good test for Harris at this stage – a more seasoned fighter than each of his last two opponents - and a win over the British veteran will further underscore the progress “The Big Ticket” has made over the last year and put him in a position to potentially face an even more established name once the new year rolls around.