This week’s installment of this fun little column is a perfect encapsulation of both (a) why it’s an important piece of your fight week primer and (b) why I enjoy writing it so much, because the three fighters you need to keep tabs on this weekend in Rio de Janeiro at UFC 212 have made combined to make two trips into the Octagon thus far, but deserve your attention and are fighters you should be tracking.

Here’s a look at the trio with the potential to show out this weekend. 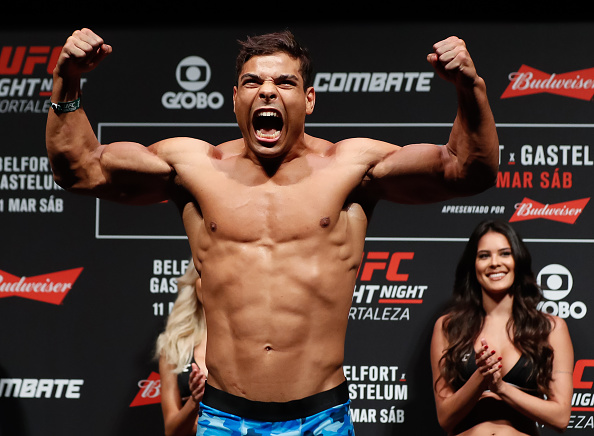 Entering the Octagon for his promotional debut in March, Borrachinha was another a giant question mark – a physical specimen with a perfect record who had yet to see the second round through his first eight professional fights.

There have been dozens of fighters with similar credentials that have made that walk over the years and the results have been all over the place, making it nearly impossible to say for sure how the 26-year-old neophyte would look in his first UFC appearance and if he was a legit prospect to watch going forward. While the verdict still may be out, the initial evidence is pretty favorable for Borrachinha.

The middleweight action figure needed just 77 seconds to dispatch South African Garreth McLellan that evening in Fortaleza, blowing through the battle-tested, bearded veteran like he had everyone else that previously shared the cage with him. It was the kind of one-sided drubbing that forces you to stop and take notice and makes you eagerly await the sequel.

Borrachinha makes his sophomore appearance in the UFC cage this weekend, squaring off with Oluwale Bamgbose in another bout that serves as a litmus test for the thus far untested middleweight prospect. The New Yorker is a physically intimidating fighter in his own right and far more dangerous on the feet than McLellan, which makes him (in theory) a more formidable threat for the Brazilian newcomer.

The question is will that change anything for Borrachinha or will the unbeaten upstart just keep blowing through the competition?

If this is your introduction to Moraes, I feel sorry for you as a fight fan because while the 29-year-old bantamweight is set to compete in the UFC for the first time this weekend, the long-time member of the Iron Army has been wrecking shop in wildly entertaining fashion outside the Octagon for nearly five years.

The Brazilian arrives in the UFC in the midst of a 13-fight winning streak, the last 11 of which came under the World Series of Fighting banner, where he reigned as champion since late March 2014. Eight of those 13 victories have come by way of stoppage, with Moraes brandishing the same kind of devastating kicks as his long-time training partner and friend Edson Barboza.

What makes his debut this weekend even more noteworthy and must-see is that he’s stepping in against Raphael Assuncao, one of the most seasoned and entrenched fighters in the entire division, which means come Sunday morning, everyone will know exactly where Moraes stands in the 135-pound ranks.

Many viewed Moraes as a world-class talent capable of hanging with the elite in the bantamweight division in the UFC while he was dominating the competition outside the Octagon and now it’s time to find out if those assessments were correct.

Pereira’s debut got lost in the shuffle of a memorable night of action in Toronto last December at UFC 206, but 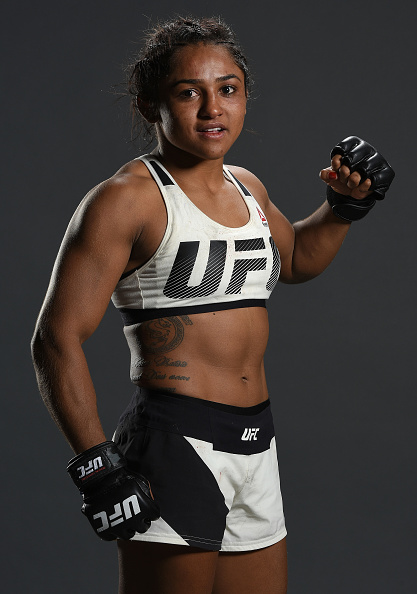 considering the diminutive Brazilian got the nod against a former title challenger, it can’t be overlooked.

The unbeaten strawweight rolled into Canada and edged out Valerie Letourneau by split decision, riding out a rough first round to rally and collect her first UFC victory in a fight where Pereira got more comfortable and looked considerably better as fight progressed.

This weekend, the 12-0 UFC sophomore is the one fighting in her home country as she welcomes Ultimate Fighter alum Jamie Moyle to Rio de Janeiro for a preliminary card clash. Also coming off a victory in her maiden voyage into the Octagon, Moyle will be the one looking to play spoiler on Saturday.

Experiencing fight week for the first time and getting through the initial adjustment that comes with competing on the biggest stage in the sport is invaluable, and having gone through it should allow Pereira to build on her strong performance in the final two rounds of her tilt with Letourneau when she steps into the cage with the Syndicate MMA product this weekend.