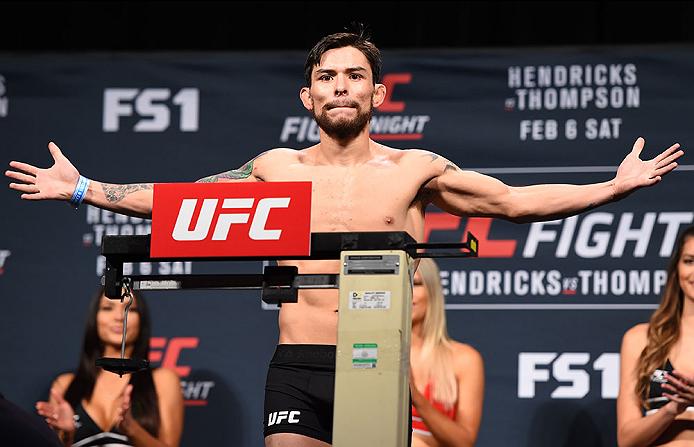 The first year of this series comes to a close in Las Vegas with UFC 207 – a packed fight card that wraps up arguably the most significant year in the history of the organization and sets the stage for what is sure to be an eventful 2017.

While the names atop the fight card jump off the marquee and the bouts carry significant weight, Friday’s event at T-Mobile Arena also comes complete with a few up and coming fighters to keep an eye on heading into the New Year. And not to pat myself on the back, but it’s time to go full-on Barry Horowitz because over the course of the last nine months, OTR has hipped you to some of the most intriguing, exciting prospects in the UFC right now, including Francis Ngannou (twice), Misha Cirkunov, Lando Vannata and Dooho Choi, prior to their breakout performances earlier this month.

Already stationed in the Top 15 in the flyweight division after going 3-2 in his first five Octagon appearances, Borg gets the opportunity to bounce back from a unanimous decision loss to Justin Scoggins in February and close out this year on a high note with a win over Louis Smolka on Friday.

The 23-year-old Albuquerque native has shown glimpses of elite potential during his time on the big stage, battling hard with veteran Dustin Ortiz in his short-notice debut and stringing together three straight wins before falling to Scoggins at the start of the year. A deft scrambler and quick to capitalize on openings on the canvas, “The Tazmexican Devil” has been working on his striking with Brandon Gibson throughout the build-up to this bout and, given the resume “Six Gun” has put together, seeing a big improvement from Borg here shouldn’t be surprising.

As always in the flyweight division, bouts like this carry a little more significance than in a similar pairing between fighters ranked in the lower third of a division – Borg is ranked No. 13; Smolka sits at No. 12 – because of how swift and thorough champion Demetrious Johnson has been at turning back challengers. While a title shot isn’t on the line, a place further up the queue to face “Mighty Mouse” is and that line isn’t all that long.
RELATED: Matchups - Borg vs Louis Smolka | Vettori vs Antonio Carlos Junior | Price vs Brandon Thatch 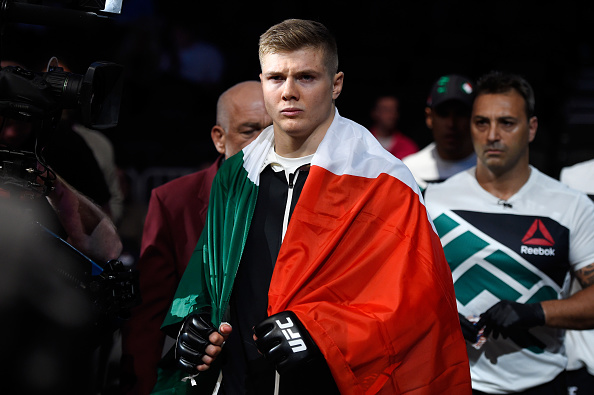 Vettori made an appearance in this space prior to his promotional debut at UFC 202 in Los Angeles and then promptly went out and submitted Alberto Uda in the first round to run his winning streak to six. Just as I gave you a couple chances to get hyped about Ngannou earlier this year, here is your second and final call to start paying attention to the 23-year-old Italian.

Training at Kings MMA under the watchful eye of Master Rafael Cordeiro, Vettori gets the opportunity to take a big step forward in the middleweight division in his sophomore appearance, facing off with former Ultimate Fighter winner and dangerous grappler Antonio Carlos Junior this week.

While Carlos Junior has struggled to find consistency of results inside the cage – he’s 2-2 with a no contest since beating Vitor Miranda to win the light heavyweight competition on Season 3 of TUF Brazil – he’s undeniably talented and a step up in competition for Vettori. That being said, another strong performance here can catapult the man from Mezzocorona, Trentino, Italy on to the short list of intriguing prospects in the 185-pound ranks heading into 2017, and after a dynamite effort in his debut, don’t think Vettori isn’t capable of delivering a comparable effort as an encore.

While Thatch enters on a three-fight skid where each loss has come by way of submission, the 27-year-old newcomer is a perfect 8-0 in his career, with seven of those victories coming as a result of a stoppage. Having fought exclusively under the Fight Time banner in South Florida, Price now graduates to the big leagues and gets a chance to make a big first impression at UFC 207.

Representing American Top Team in Cape Coral, Florida, Price looks to build on the success of other athletes who fly the ATT flag and enjoyed breakout moments in 2016 like Colby Covington, the returning Mirsad Bektic and current champions Tyron Woodley and Amanda Nunes, who will be the final fighter to enter the Octagon on Friday.