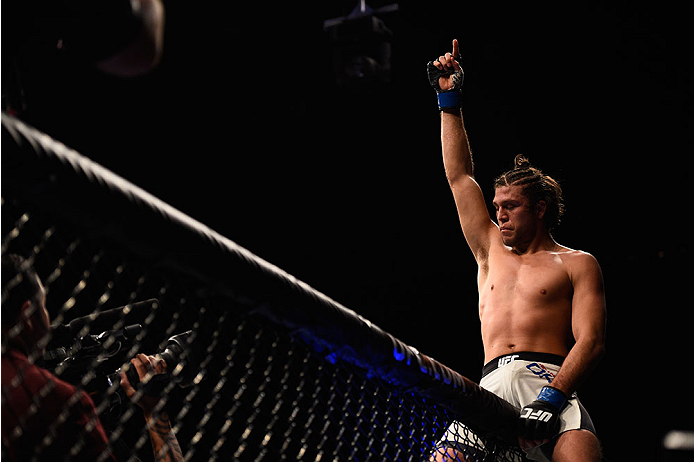 The main card is a collection of pivotal bouts capped by two championship grudge matches, one featuring a new titleholder looking to start his reign in style against a tenured veteran with nothing to lose, and the other pitting a man who reclaimed the throne he was forced to abdicate squaring off with his nemesis one last time.

But while the main card garners the majority of the attention and houses the biggest names that will step into the Octagon this weekend, the preliminary portion of the UFC’s debut appearance at The Forum in Inglewood, California contains a host of emerging talents that could one day be challenging for championship gold and taking part in the marquee matchups on a major event.

Here is a look at three of those fighters.

Young, undefeated and already making waves in the featherweight ranks, Ortega looks to make it three in a row when he squares off with veteran Clay Guida in the final preliminary card fight of the evening.

The Torrance, California native rose through the regional ranks in his home state before claiming championship gold in under the RFA banner, and he has rebounded from having his debut victory in the UFC overturned and a nine-month suspension as a result of a positive drug test for drostanolone to pick up back-to-back stoppage wins over Thiago Tavares and Diego Brandao, two dangerous Brazilians capable of turning back not quite ready prospects.

Now he steps in opposite Guida, one of the most seasoned fighters in the featherweight division – a tornado of pressure and pace and hair and energy who never stops coming forward and can stifle opponents along the cage and suffocate them from top position. While his results have been inconsistent over the last several years, “The Carpenter” has fought a who’s who in the lightweight and featherweight ranks during that time and is the exact type of veteran talent an emerging prospect like Ortega needs to get through in order to advance to the next tier in the deep 145-pound ranks. 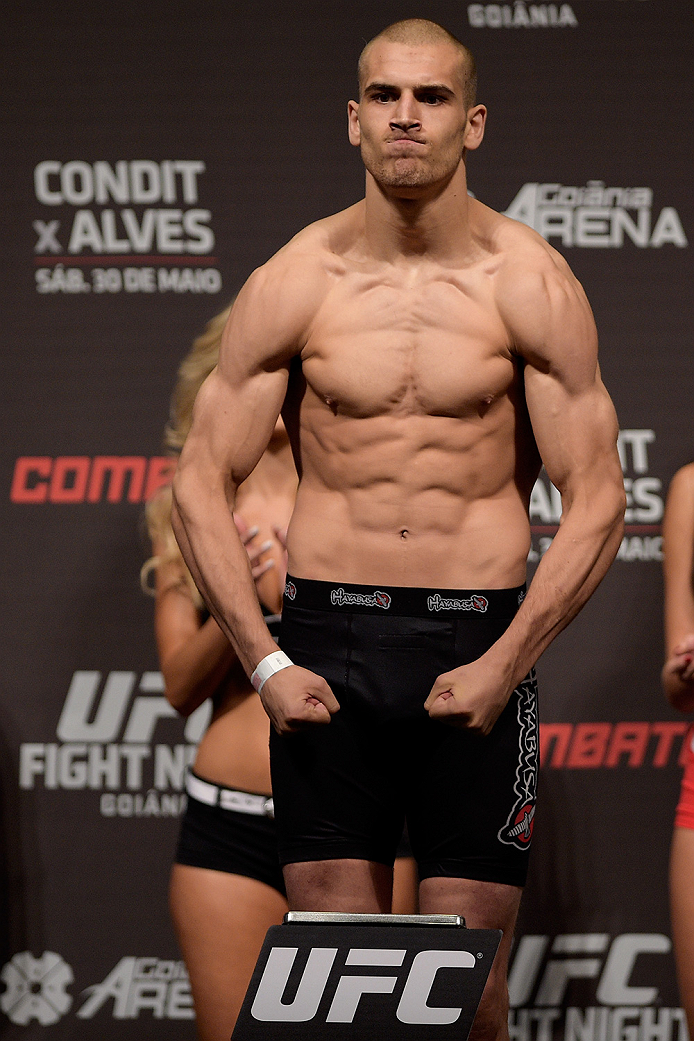 A perfect 3-0 in the UFC and 10-0 overall, Breese has the markings of being the one to carry the torch for British MMA at the highest level in the future.

Training out of the Tristar Gym in Montreal, the massive welterweight picked up first-round stoppage wins over Luiz Dutra, Jr. and Cathal Pendred in his first two Octagon appearances before grinding out a unanimous decision victory over Keita Nakamura on home soil back in February. It wasn’t the breakthrough, showcase performance many envisioned for the unbeaten Brit, but it was the kind of challenging contest that ultimately pays great dividends for a young fighter as he works his way up the divisional ladder.
RELATED CONTENT: Tom Breese after win in London | Matchup w/ Sean Strickland

After being the hometown favorite last time out, Breese is very much entering into enemy territory on Saturday, squaring off with fellow prospect Sean Strickland, a 17-1 former middleweight who calls Commerce, California home.

Fresh off the first decision of his career and stationed in the spotlight as the UFC FIGHT PASS Featured Prelim for UFC 199, this is another opportunity for Breese to show why so many in the MMA community have him pegged for greatness. Strickland is a rangy, durable fighter with strong fundamentals and plenty of upside of his own, so a quality showing here should expedite the Brazilian Jiu-Jitsu brown belt’s rise up the welterweight rankings.

Because the light heavyweight division is relatively shallow and doesn’t feature a host of young fighters champing at the bit to break into the upper echelon like there are at lightweight or bantamweight, a 28-year-old prospect like Wilson is always going to get a good, long look from those scouting for future contenders in the 205-pound ranks.

And when the unbeaten Millennia MMA product rolls into the Octagon and ices Chris Dempsey with a one hitter quitter just 50 seconds into his UFC debut, it makes you stand up, take notice and eagerly await the return of “Jonny Bravo.” 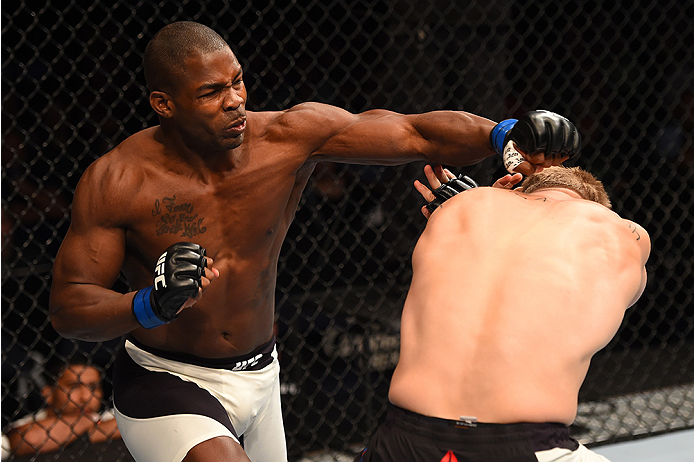 That sophomore UFC appearance comes on Saturday, when Wilson will share the cage with Luiz Henrique da Silva, an unbeaten Brazilian prospect with 10 finishes in as many fights. Most recently, he earned a second-round stoppage win over UFC vet Ildemar Alcantara. Wilson is no slouch when it comes to finishing either, having earned stoppages in six of his seven pro wins, after going 6-for-7 during his amateur days as well.

Needless to say, this one should produce fireworks, and if the promising San Bernardino resident can maintain his unblemished record, the openings are there for Wilson to make a hasty climb up the light heavyweight ladder.