Most of the attention on this weekend’s UFC Pay-Per-View event in Las Vegas has been focused on the top of the marquee and understandably so, as the main event pitting Jon Jones against Ovince Saint Preux carries a great deal of intrigue.

Beyond the headlining act, the remainder of the main card is a collection of outstanding contests that should deliver fireworks as well – a flyweight title fight between champion Demetrious Johnson and challenger Henry Cejudo; an explosive clash of strikers Anthony Pettis and Edson Barboza; surging middleweights Robert Whittaker and Rafael Natal colliding in an underrated matchup; and featherweight prospects Yair Rodriguez and Andre Fili kicking things off with creativity and flair.

In addition to the heavy artillery making up the main card, the preliminary portion of the lineup features a trio of emerging talents that fight fans should be tracking because if they fight to their full potential, they’ll be earning main card assignments in the not too distant future. 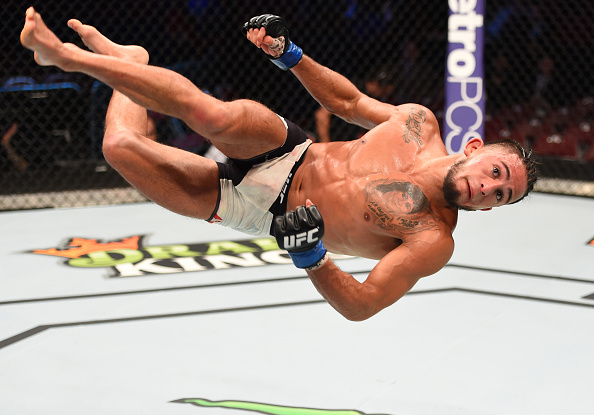 Fighting on the same card as his older brother for the third time, the younger Pettis looks to build off his strong outing against Chris Cariaso at UFC 192 in Houston in his feature prelim pairing with Chris Kelades.

The 22-year-old flyweight may have been hustled to the big leagues or pushed a little too quickly upon arrival, reaching the UFC just nine fights and two years into his pro career and losing his sophomore appearance in the Octagon and going 3-2 over his initial five outings.

But “The Phenom” looked like a much improved fighter back in October, dominating the action against the former title challenger early and showing improved poise and composure down the stretch when Cariaso searched for a finish in the final minute of the fight. Pettis isn’t as powerful as his brother at this stage of his career, but the speed and creativity in the striking department is there, and if he can find some consistency, he has the opportunity to climb the ladder in the flyweight division. 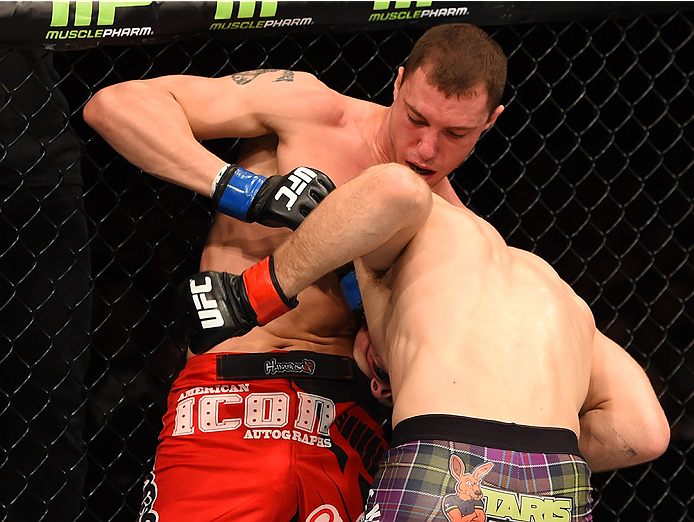 Very seldom will a fighter with a perfect 8-0 record coming off a first-round submission win over a fellow prospect fly under the radar, but that’s exactly where Vick finds himself heading into his bout against TUF Brazil winner Glaico Franca.

A member of the cast on Season 15 of The Ultimate Fighter, the massive 29-year-old lightweight hasn’t been able to stay healthy and active long enough to build any real momentum, fighting just four times since his stint on the long-running reality TV competition. By comparison, Season 15 winner Michael Chiesa made his eighth Octagon appearance last weekend in Tampa when he tapped out Beneil Dariush.

When he has been in the cage, Vick has been impressive, never more so than when he laced up a high-elbow guillotine choke against Jake Matthews last May in Adelaide. The six-foot-three Texas native, who fights out of Temple Hills, Maryland, is still learning how to maximize his range and put it all together, but when he does, look out, because the undefeated Vick is going to become an even tougher out in the already lethal lightweight ranks. 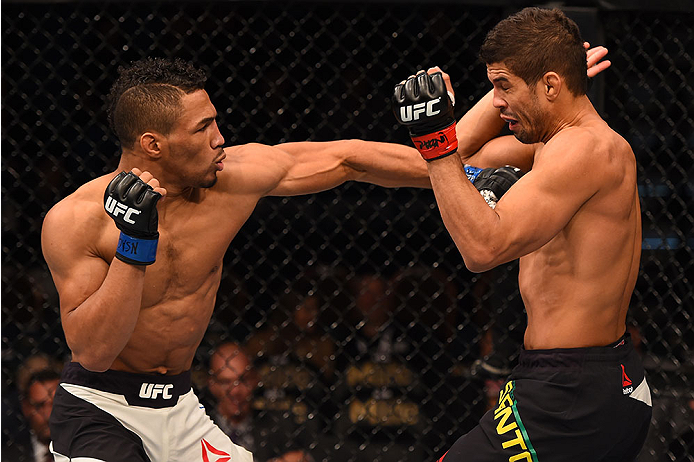 Speaking of lightweights that have the potential to make some noise in the future, Lee appeared on the brink of breaking into the Top 15 heading into his UFC 194 matchup with Leo Santos, having earned four straight victories and after giving Al Iaquinta all he could handle in his short notice UFC debut.

Whether he was overlooking Santos or didn’t respect the TUF Brazil winner’s striking enough, Lee paid for it dearly, getting stung and stopped in the first round to press pause on his climb up the lightweight ladder. That being said, “The Motown Phenom” is just 23 years old and still boasts a dangerous mix of skills in the Octagon.

Lee will open this weekend’s event opposite veteran Efrain Escudero, and if he can get back into the win column in impressive fashion, he’ll be right back into the conversation as one of the top young competitors in the 155-pound weight class.