Rise to the top is in sight, but Shogun only focused on Villante 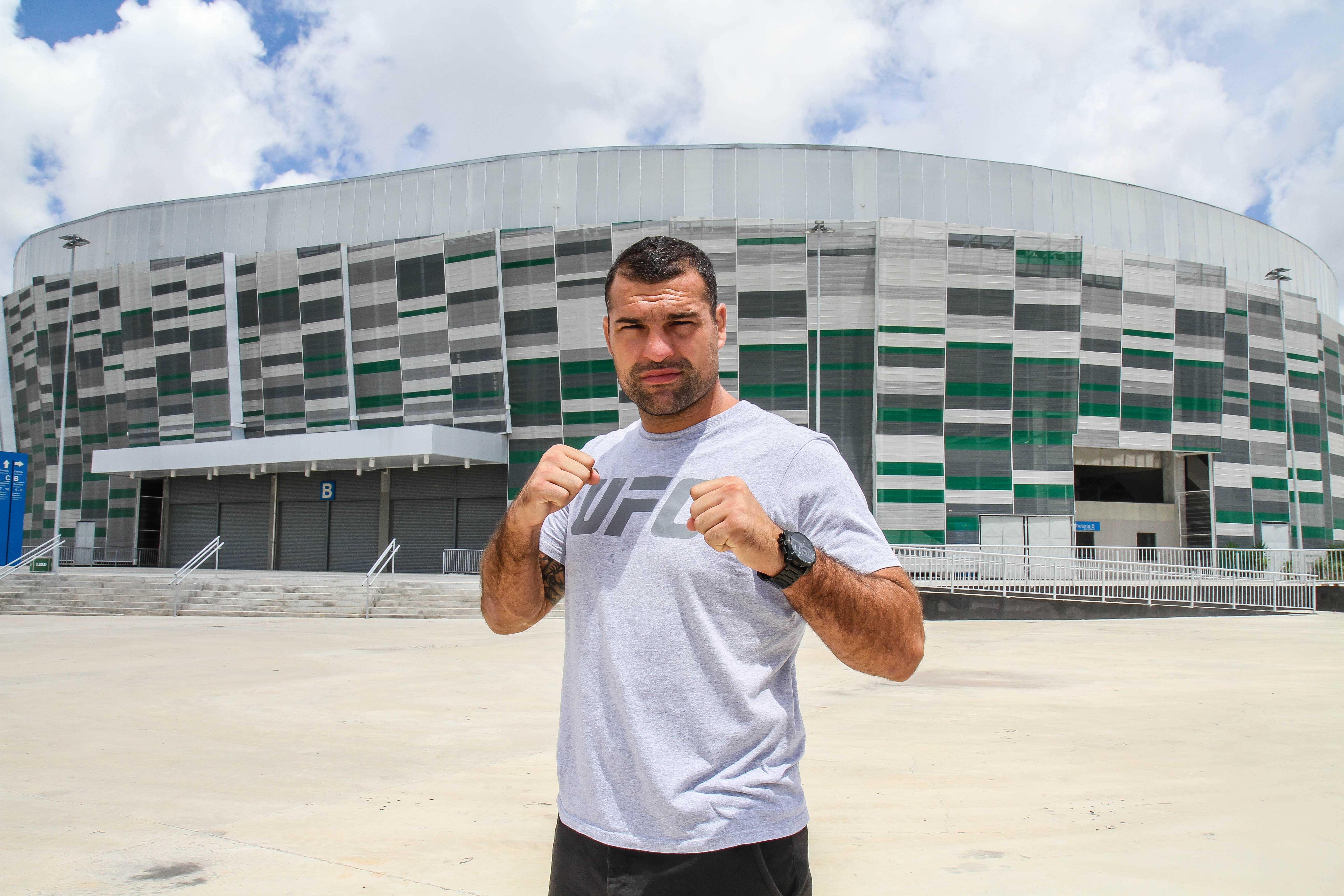 Through the ups and downs of his career, Mauricio “Shogun” Rua has never lost his love for the game. That devotion has allowed the 35-year-old, one of the last men standing from the storied PRIDE era, to not just put together his two-fight winning streak since 2009, but to remain relevant in the light heavyweight division as he heads into his Saturday co-main event against Gian Villante.

“I love what I do,” Rua said through translator / manager Eduardo Alonso. “I am a fighter, and I never stopped enjoying it. The day I stop enjoying my job is the day I'll retire. What really makes it tough sometimes are the injuries, rehab and such. This is the tough part, and a routine that gets tougher and tougher to enjoy. I have been in so many surgeries and rehabs over the years that I lost count (laughs). Still, it's part of the game and I still like to train and, most of all, I like to fight.”

He is likely to get a fight out of New York’s Villante, a recipient of three Fight of the Night awards in his last four bouts, and someone who doesn’t mind taking a shot to give two back. It’s the recipe for a boost to both men’s bank accounts, 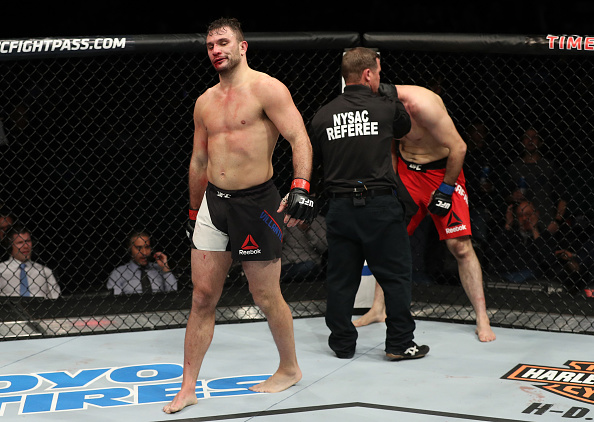 but after more than 14 years in the pro MMA game, Rua knows better than to take anything on face value.

“Villante is tough and, in theory, we can make a great fight,” he said. “But he also has a wrestling background and if you look at some of his fights he has looked for takedowns in the past, like against (Fabio) Maldonado. So you never know. Everybody is well-rounded nowadays, and you can expect anything when you go to fight at this level. I’ve got to be prepared for all scenarios and we will see what happens.”

Let’s play Devil’s Advocate. If Villante charges at Rua and the two engage in a memorable brawl in which “Shogun” emerges victorious, just like old times, that would mean three wins in a row for the man currently ranked sixth in the world at 205 pounds. Then is it really out of the realm of possibility that with another victory a title shot becomes a reality?

“I learned to think fight by fight,” Rua said. “We know that the light heavyweight division is, in theory, not the deepest right now, so a couple of wins can put anyone near the top. On the other hand, everybody hits hard and so anyone can beat anyone on any night. There are no guarantees in this division. The best is to take it fight by fight, do your best to win your next fight and then think about the next step. Right now, all my focus is on my fight against Villante, and that's all that matters.”

What a story it would be, though. Shogun Rua, the young gun who tore through PRIDE, the more mature veteran who won the UFC light heavyweight title and the Brazilian icon who hit hard times in the Octagon, coming back to regain the crown and sit on top of the world once more. For his legion of fans, nothing would be more satisfying. Rua wouldn’t mind living that scenario either.

“It would mean a lot,” he admits. “I'm grateful that I was able to achieve pretty much all my dreams as a fighter, being a champion in PRIDE and in the UFC, doing TUF Brazil, and having competed in stadiums around the world, making friends and fans in so many different countries and cultures. I have been blessed. But like I said, it's useless to think about that now, as I'm fighting Villante and he is a very tough opponent. My focus is on that fight, and my goal right now is to win this fight.”

If you’re noticing a theme here, it’s that to Rua, all that matters is Saturday night. It wasn’t always that way, as he fell prey to the temptation of looking forward to the next fight before winning the one in front of him. It’s human nature, and despite some superhuman efforts in the ring and Octagon, Rua is as human as the rest of us. But eventually, he found his way to the realization that all that matters is the current fight. The result was back-to-back wins over Rogerio Nogueira and Corey Anderson. 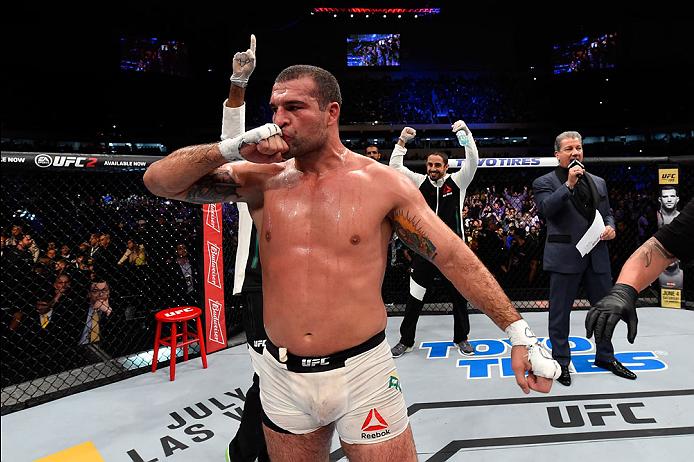 “Over the course of the years I learned not to put additional pressure on myself thinking about the future, and just take it a fight at a time,” he said. “Win the next one, and then think about the next step, and it goes on.”

And with that, a fighter’s confidence grows.

“It's very important, especially in the UFC, where everybody is so evenly matched, and there´s a world of pressure on your shoulders to win,” Rua said. “When you have been winning, you are more confident in your skills and don't hesitate much to pull the trigger. That can make a big difference in a fight. You can´t get too comfortable though, because if you become too lazy as a fighter it usually leads to trouble. Being a bit alert is also always important.”

Thirty-five fights into a storied career, Mauricio Rua may have figured out the fight game. Now it’s up to him to take that knowledge and hope that injuries don’t rear their ugly head and his body decides to go along with the program. If everything clicks, it’s going to be some ride for “Shogun” in 2017.

“I usually like to fight twice or three times per year, but the last couple of years circumstances ended up making me fight just once in both 2015 and 2016,” he said. “The TUF Brazil filming, plus injuries, didn't help much. I was fortunate that I got the chance to fight on the Curitiba card, which was so important to me, and I was supposed to have fought later but had some minor injuries that stopped me from doing so. Now I'm happy to be back. It's still early in the year, so hopefully I'll fight a couple more times in 2017. Let's do this fight first though, and after that we will make plans for what will come next.”