On The Rise: Three to Watch on Fox in Chicago

The Wrigley Building, Chicago is
The Union Stockyard, Chicago is
One town that won’t let you down
It’s my kind of town

Turns out that the city that was Sinatra’s “kind of town” is also the UFC and FOX’s kind of town as Chicago plays host to one of the four yearly “Big FOX” events for the fifth consecutive year this weekend.

After a trio of January trips to begin this annual visit to the city that gave us Ernie Banks, Michael Jordan and CM Punk, Saturday’s event marks the second straight year that the Octagon has been set up inside the United Center in July and, as always, Second City is getting a solid collection of fights, including a three-pack of emerging talents to keep an eye on in the future. 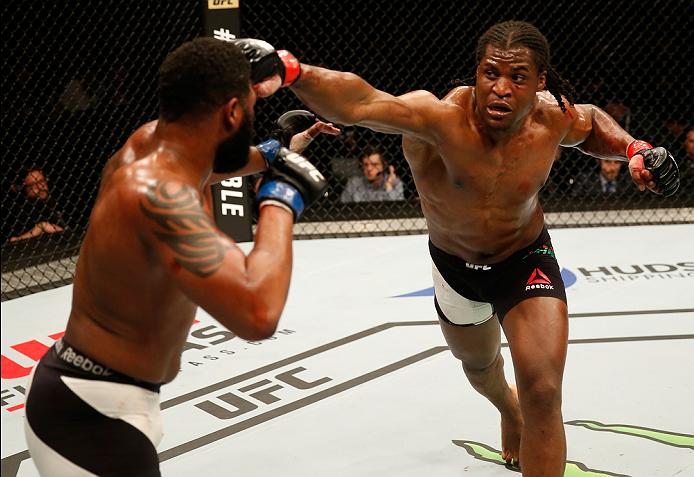 We gave you the heads up on Ngannou heading into his sophomore appearance in Zagreb in April, but just in case you weren’t listening or thought we were joking, the massive heavyweight prospect makes a second and final appearance in this series in advance of his showdown with Bojan Mihajlovic, the man he was originally scheduled to face in Croatia earlier his year.
RELATED CONTENT: Matchup - Ngannou vs Bojan Mihajlovic | Fighter bio

The 29-year-old Cameroonian-born, Paris-based fighter is a physical specimen with tremendous power and raw potential, but Ngannou also showed that he’s picking up the intricacies of mixed martial arts by shoring up his weaknesses with impressive quickness in his bout against Curtis Blaydes earlier this year. He stuffed the majority of the American’s takedown attempts, showed more diversity and variation with his striking and generally looked more comfortable in the cage.

That’s a scary proposition for anyone looking to climb the heavyweight ranks alongside “The Predator,” starting with Mihajlovic this weekend in Chicago.

Just a couple weeks after Tatiana Suarez won the strawweight competition at the TUF 23 Finale in Las Vegas to establish herself as a long-term prospect to track in the 115-pound ranks, Saturday’s fight card offers a chance to see a fighter a little further along in her journey, but still trying to establish herself inside the Octagon. 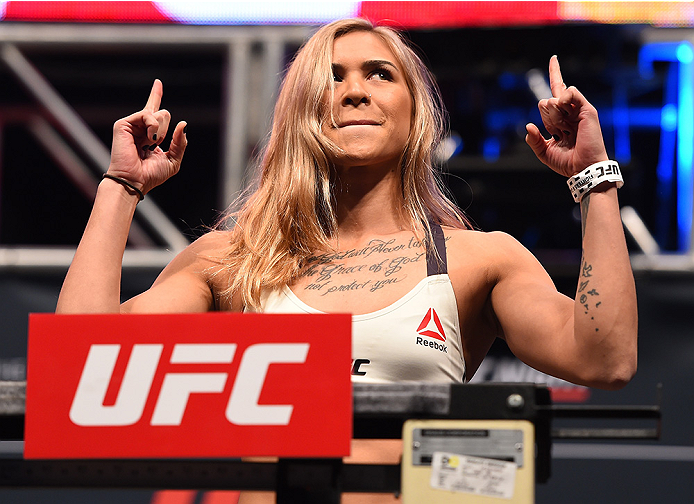 Don’t let Curran’s 1-2 record in the UFC fool you: she went shot-for-shot with Paige VanZant in their joint debuts in Austin before getting finished in the third and was up two rounds on Alex Chambers before getting caught prior to finally getting the monkey off her back with a second-round submission win over Emily Kagan last December.
Matchup: Curran vs Felice Herrig | Fighter bio

The 25-year-old Hawaiian is still learning, but the markers for future success and upside are there. As she continues to pick up techniques and understanding, the naturally athletic and gutsy Curran has the potential to be a fixture in the rankings for a number of years. 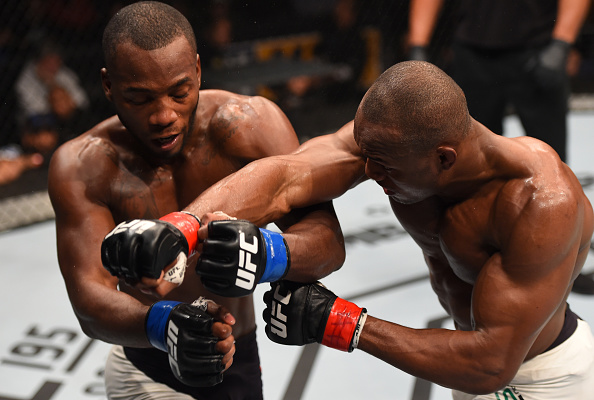 Here’s how you know the level of talent has never been deeper in the UFC: an Ultimate Fighter winner on a six-fight winning streak, the last two coming in the Octagon, is returning to action and is flying well below the radar.

Usman was one of the standouts on Season 21 of the long-running reality TV competition, advancing to the finals, where he submitted Hayder Hassan. Five months later, he followed it up with a unanimous decision victory over Leon Edwards in Orlando. He was booked to get a serious step up in competition opposite Sergio Moraes at UFC 198 in Curitiba, Brazil earlier this year, but was ultimately pulled from the card.
Matchup with Alexander Yakovlev | Fighter bio

This weekend, the Team Blackzilians representative and former NCAA Div. II national champion jumps in with Alexander Yakovlev, an experienced Russian veteran that is a Master of Sport in four different disciplines and coming in on a two-fight winning streak. If he can push his winning streak to seven and halt Yakovlev’s climb, Usman should start getting a little more attention in the deep and talented welterweight division.