This weekend, the UFC returns to Sweden with a card headlined by perennial light heavyweight contenders Glover Teixeira and Alexander Gustafsson and featuring an array of emerging talents battling to make a name for themselves and establish their footing in their respective divisions.

It’s the kind of card that usually features one or two upstarts taking another step forward and delivering the kind of performance it takes to stand out from the pack.

Here’s a look at three fighters who poised to emerge from the shadows in Stockholm.

This is On the Rise: Stockholm Edition. 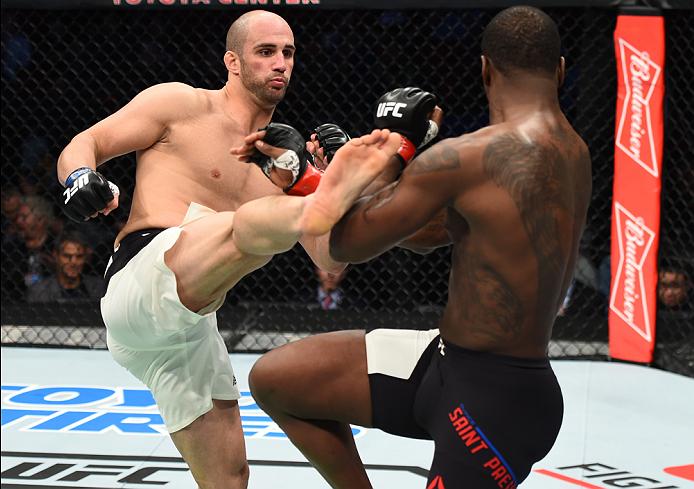 Oezdemir got the call to make his UFC debut 14 days prior to stepping into the Octagon with Ovince Saint Preux on Super Bowl Saturday in Houston. Over the course of 15 minutes, the 27-year-old Swiss fighter showed not only that he was deserving of a place on the roster, but also that he’s someone to watch in the light heavyweight division as he went toe-to-toe with “OSP” and came away with a split decision win.

Getting the nod over Saint Preux in his debut launched Oezdemir into the upper tier of the Top 15 in the 205-pound weight class and for his sophomore effort, he gets the opportunity to cement himself as the top fresh talent in the division. Sunday, Oezdemir locks up with fellow rising star Misha Cirkunov in the penultimate bout of the evening – a high level pairing of light heavyweight rising stars jostling for a place in the title picture.

If Oezdemir was able to hang with Saint Preux on short notice, it will be interesting to see how he looks with a full training camp behind him against a fellow upstart like Cirkunov. The winner of this clash will be entrenched in the Top 5 and angling for a shot against one of the established names in the division, perhaps even a date with whomever emerges victorious in the main event.

Q: How do you stand out in a crowded division when you’re a 31-year-old neophyte making your UFC debut?

A: Storm the cage and earn your first victory in 53 seconds in an “All right – we see you” type effort.

That’s what judoka Abdul Razak Alhassan did in November, rolling into Northern Ireland and running through Charlie Ward in under a minute, somehow showcasing his tremendous athleticism and intriguing upside without being in the cage for a prolonged amount of time.

It was the type of effort that made you long to see him compete again and that opportunity is here as he mixes it up with veteran Omari Akhmedov in a bout that represents a strong step up in competition that will further establish where Alhassan sits in the welterweight division.

Young in his career, but long on competitive experience, Alhassan is a world-class athlete just starting to develop as a mixed martial artist, which makes him someone worth watching this weekend and going forward long term.

Regardless of how entertaining your previous performances have been, spending 19 months on the sidelines has a way of 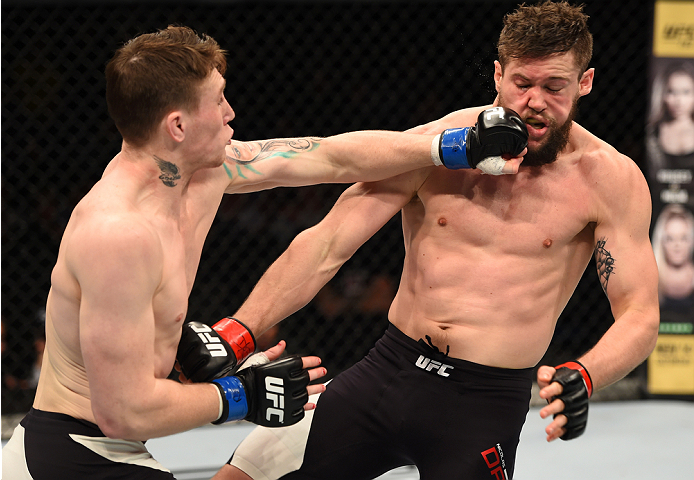 shuffling just about anyone into the shadows, their names slipping from the memories of even the most ardent fight fans.

That’s what Till is battling as he readies to return this weekend.

In a pair of appearances in 2015, the Liverpool-born, Santa Catarina, Brazil-based prospect impressed with a second-round stoppage win over Wendell Oliveira and a Fight of the Night-winning draw against tough Danish veteran Nicolas Dalby. Between his strong showings and boisterous personality, Till became someone to watch in the 170-pound weight division and then he vanished.

The unbeaten 24-year-old returns this weekend against Jessin Ayari in the UFC FIGHT PASS Featured Bout of Saturday’s event. With good size, a strong Muay Thai base and an eye for the finish, Till remains an compelling prospect in the deep welterweight division. He has some ground to make up after his extended stay on the sidelines, but given how good he looked in his first two showings, don’t be surprised if Till re-establishes himself as one of the top young talents in the division this weekend.