On the Rise: Sioux Falls Edition 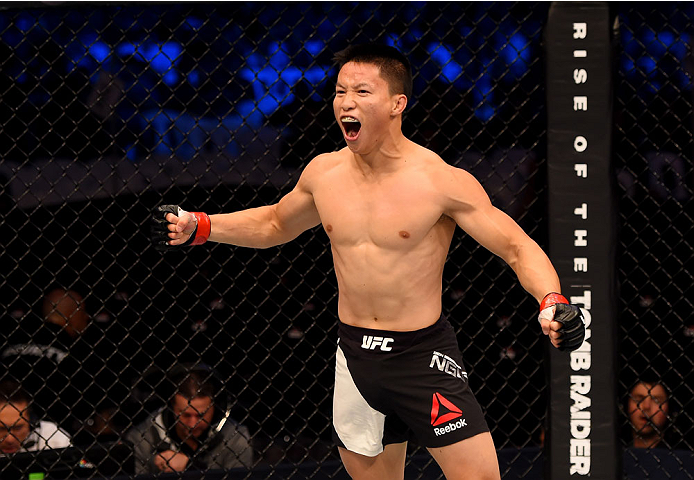 When it comes to the action inside the Octagon, there is no rest and that is wicked (at least for fight fans), as fresh off three events in as many days capped by UFC 200 on Saturday, the UFC arrives in Sioux Falls, South Dakota for a rare mid-week event headlined by a clash between bantamweight contenders Michael McDonald and John Lineker.

Though this event comes on the heels of a tetra-pack of terrific shows and injuries have stripped it of some of its star power, Wednesday’s event at the Denny Sanford Premier Center is an opportunity to get acquainted with some new additions to the UFC roster and better familiarize yourself with a couple emerging talents that could be contenders before the year is out.

Here’s a look at three such fighters to keep an eye on in the latest edition of On the Rise.

Michael Chiesa’s loss is Vannata’s gain as the unbeaten Jackson-Wink MMA product tags in for the surging former Ultimate Fighter winner against Tony Ferguson in a bout that has the chance to put the New Jersey native on the map in the UFC right out of the gate.
RELATED CONTENT: By the Numbers - Fight Night Sioux Falls | Matchup: Tony Ferguson vs Lando Vannata

Though he got the call to make his UFC debut on short notice, Vannata is far from a warm body being dropped into the Octagon for “El Cucuy” to style on Wednesday night. Boasting the sound technical skill fans have come to expect from anyone representing the Albuquerque, New Mexico squad, the 8-0 newcomer’s reputation, pedigree and performance has made finding dance partners on the regional circuit a difficult task.

Entering with three-straight first-round finishes, Vannata has a well-rounded game and should become a long-term member of the UFC going forward, and if he manages to halt Ferguson’s seven-fight winning streak, he’ll instantly become one of the top emerging threats in the organization. 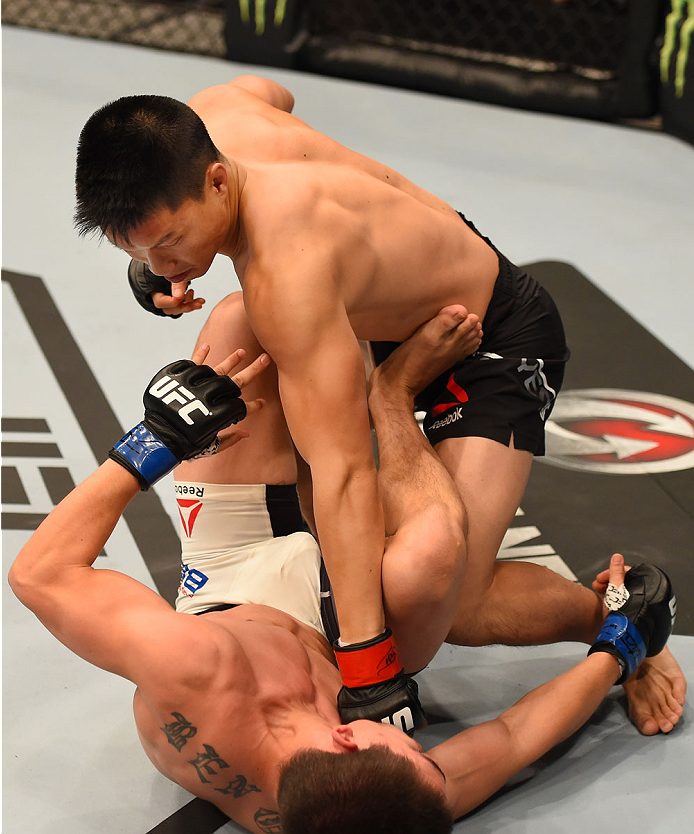 The Sioux Falls native, who first gained Internet notoriety after he knocked out Julian Wallace in 25 seconds after “Julz the Jackal” got all up in his grill at weigh-ins, Nguyen has built real momentum since arriving in the UFC, collecting first-round stoppage wins over Alptekin Ozkilic and Ryan Benoit in his freshman and sophomore appearances.

Returning home to fight on American soil for the first time in more than five years, “Ben 10” can become a factor in the flyweight division with a similar performance against Louis Smolka on Wednesday night. The talented Hawaiian has won three straight and 10 of 11 overall, including a second-round submission win over Paddy Holohan in his main event debut last fall.

It’s a stiff challenge and a solid step up in competition for the 27-year-old American, who now resides in Australia, but if he can push his winning streak to 10, Nguyen could find himself breaking into the Top 15 in the 125-pound weight class.

Chookagian went pro after seven consecutive victories as an amateur (against no losses), and after another seven straight wins on the regional circuit, the 27-year-old Jersey City native has gotten the call to the Octagon. Wednesday night, Chookagian makes her debut against the durable, seasoned Lauren Murphy in one of two intriguing female fights on the UFC Fight Night: McDonald vs. Lineker card.
Matchup: Katlyn Chookagian vs Lauren Murphy

A member of the Ricardo Almeida team that includes new lightweight champ Eddie Alvarez, the Cage Fury Fighting Championships titleholder counts an amateur win over Invicta FC standout Andrea “KGB” Lee and has shown the all-around skill set and grittiness that has become the signature of the New Jersey-based fight team.

Murphy is easily her toughest opponent to date and is a couple curious scorecards away from being 3-0 in the UFC and 11-0 overall. As it stands, the former Invicta FC champion enters off her first victory in the Octagon – a late third-round finish of Kelly Faszholz in February – and has designs on halting Chookagian’s unbeaten run.

Should she get through the seasoned and established MMA Lab veteran though, the UFC newcomer could find herself in the fast lane to bigger and better in the turbulent and talented women’s bantamweight division.