On the Rise: Sao Paulo Edition

The second half of Saturday’s twin bill takes place in Sao Paulo, Brazil, where the 12-fight lineup is capped by a light heavyweight rematch between Ryan Bader and Brazilian legend Rogerio Nogueira.

Before the familiar foes hit the Octagon, however, a host of fighters worth tracking as this year readies to give way to the next will set the table for them, including a pair of intriguing middleweights and a welterweight aiming to follow up an impressive debut with an even better sophomore effort. 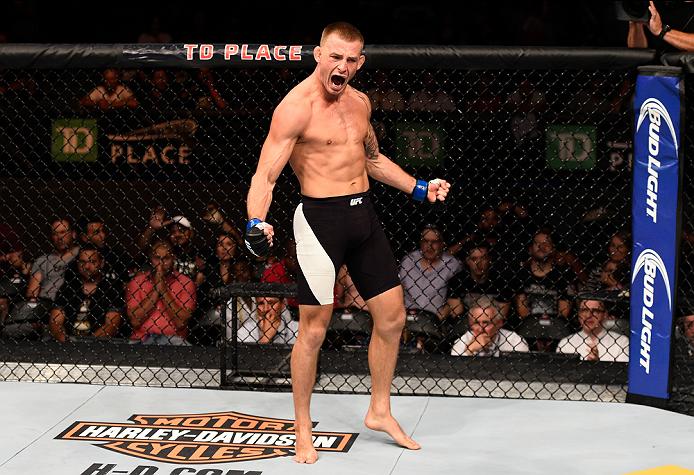 He raps. He breakdances. He wins fights. What’s not to like?

Though he sports a sterling 18-1 record and carries a four-fight winning streak into the Octagon this weekend, Jotko continues to fly under the radar in the middleweight division. It would be understandable if he were still going the distance and getting the nod in close preliminary card fights as he was to kick off his current hot streak, but last time out, Jotko stopped Tamdan McCrory cold with a counter left just 59 seconds into the first round that should have made everyone sit up and take notice.

Like strawweight champ Joanna Jedrzejczyk, Jotko too has started preparing for his bouts at American Top Team in South Florida and working with such an elite collection of coaches and training partners is only going to help the underrated 27-year-old. If he can add a win over former title challenger and durable veteran Thales Leites to his resume, people won’t be able to keep sleeping on Krys Jotko any longer.

Just 22 days after inking a contract with the UFC as a short-notice replacement, Ottow rolled into the Octagon and 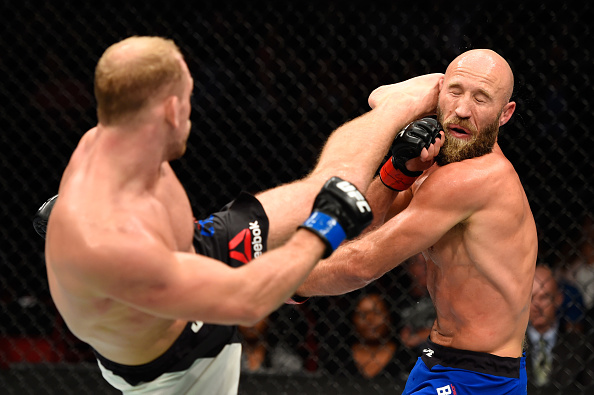 picked up a split decision victory over savvy vet Joshua Burkman back in October. Now riding a five-fight winning streak and sporting a 14-3 record overall, “The Barbarian” takes another “road game” this weekend, venturing to Sao Paulo to take on hometown favorite Sergio Moraes in what is easily the biggest fight of his career.

Ottow didn’t show any sign of nerves in his debut, comfortably outworking Burkman from start to finish, despite what the scorecards read in the end. He’s the kind of steady, even keel talent who is capable of sneaking up on opponents and fans, but if he adds a second consecutive UFC win to his resume by besting another established vet on their home turf, the opportunity to catch people off guard will have passed.

One of several former Cage Warriors champions to matriculate to the UFC over the years, Hermansson vacated the middleweight title in the spring and collected a unanimous decision win in his Octagon debut in September, defeating Brit Scott Askham in Hamburg, Germany to push his winning streak to nine.

In order to reach double digits, “The Joker” will have to get through former TUF Brazil winner and Sao Paulo native Cezar Ferreira in what should be an explosive affair.

Born in Sweden and fighting out of Oslo, Norway, the 28-year-old Hermansson is a well-rounded talent who has rolled through the competition after a two-fight hiccup to begin the middle third of his career. He controlled the fight with Askham from the outset and, like Ottow, didn’t show any signs of jitters competing under the UFC lights for the first time.

Competing in Brazil can be a challenge and doubly so when you’re fighting a true local product, but if Hermansson can maintain his winning ways on Saturday night, he’ll find himself entering 2017 on the brink of breaking into the Top 15 in the middleweight ranks.