On the Rise: San Antonio Edition

UFC San Antonio features a trio of bantamweights looking to impress — two in their first appearances in the Octagon and one after turning in a strong performance in a losing effort in his short-notice debut.
By E. Spencer Kyte • Jul. 15, 2019

Saturday night in Sacramento, a pair of Team Alpha Male representatives and one of the most underrated female fighters in the sport closed out the night in spectacular fashion, as Josh Emmett, Urijah Faber, and Germaine de Randamie needed just over five minutes combined to bring the final three bouts of the evening to sharp, sudden ends.

Now on the heels of a hometown show for Faber and the rest of the Team Alpha Male crew, the Octagon makes its sophomore appearance in San Antonio, Texas, arriving at the AT&T Center for a 13-fight affair that includes a trio of heavyweight contests, two crucial lightweight matchups and a main event that will help clear up the cloudy contender picture in the welterweight ranks.

The night also features a trio of bantamweights looking to impress — two in their first appearances in the Octagon and one after turning in a strong performance in a losing effort in his short-notice debut.

This is the San Antonio edition of On the Rise.

The unbeaten Silva is an unbeaten 24-year-old arriving in the UFC following a first-round knockout win over Jake Heffernan in his LFA debut at the end of March. It was his first appearance since venturing to Poland to score a unanimous decision two years prior, and he showed that he was still a standout prospect deserving of an opportunity to compete on the biggest stage in the sport.

While his last two outings have come at featherweight, Silva will return to the bantamweight division where he started his career now that he’s making the move to the UFC, and although the weight class is brimming with talent at the moment, he will have an opportunity to make an instant impression as he squares off with former flyweight title challenger Ray Borg in his promotional debut.

Borg spent the two years following his UFC 216 loss dealing with myriad health issues, both his own and those of his son, resulting in numerous fight cancellations, only to deal with a tetra-pack of opponent changes when he made his return earlier this year. With life back in order and the rust from a two-year stay on the sidelines shaken off, the Albuquerque resident should stand as a formidable test for the promotional newcomer.

While Borg is clearly the toughest opponent he’s faced to date, this is a massive opportunity for Silva. His win over Heffernan showed people that he’s a legit prospect to be watched, and a similar outing on Saturday would immediately hustle him into the collection of quality young fighters climbing the ranks in the 135-pound weight class. 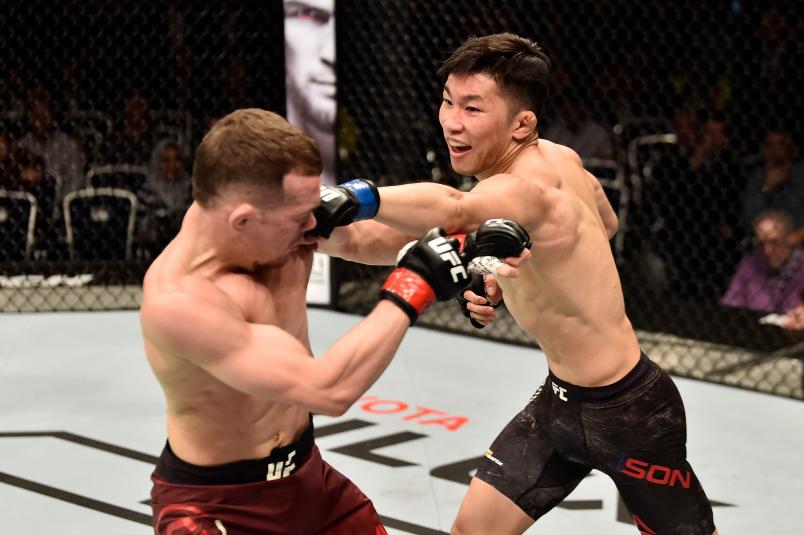 Son had the unenviable task of meeting Petr Yan on short notice in his UFC debut last September, but although he came out on the wrong side of the cards, the South Korean newcomer impressed all those who tuned in by going shot-for-shot with the surging Russian who has since continued his climb into the Top 5.

From the outset, Son was happy to plant his feet and trade with Yan, catching the emerging contender with several good shots during their highly entertaining, fast-paced, back-and-forth fight. While the loss halted his four-fight winning streak, his stock skyrocketed nonetheless and now he gets the chance to build on the positives from that contest as he returns to the cage this weekend against Mario Bautista.

The MMA Lab product had a similar initiation into the Octagon as Son, getting called up on short notice to face an emerging contender in Cory Sandhagen in January, where he suffered the first loss of his professional career.

Son’s debut showed his vast potential as an exciting new addition to the bantamweight ranks, and this contest should further establish where he fits in the crowded, competitive weight class. Bautista is a tough out who will come well prepared and eager to give a better accounting of himself after dropping his debut, but if Son can replicate the effort he turned in against Yan on Saturday, he has a very good chance of emerging with his first UFC victory. 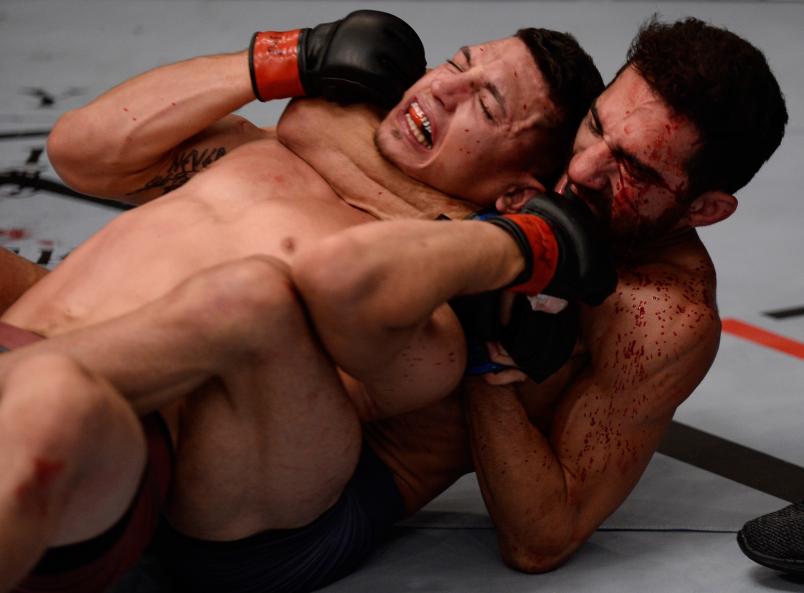 The last competitor to earn a contract on Season 2 of the Contender Series to make his Octagon debut, Pilarte was originally scheduled to face Brian “Boom” Kelleher last November, but an injury forced him to the sidelines, and more than a year after getting called up to the UFC, he’ll finally make the walk for the first time.

Pilarte earned his contract by collecting a second-round submission win over Vince Morales in what was one of the most entertaining give-and-take battles of the season. The 29-year-old has now won five straight, and given what Morales has shown since getting called up to join the roster, it sets a baseline level of expectations for the talented “Son of Fire” as he readies to make his debut.

Standing across the cage from Pilarte will be Felipe Colares, who made his own maiden voyage into the Octagon earlier this year in a losing effort opposite Geraldo de Freitas.

Pilarte has struggled to stay active at times, registering just a single appearance in each of the last three years, but the talent has always been there. Now that he’s healthy and set to return, don’t be surprised if the Houston-based bantamweight looks to string together a series of strong efforts in the second half of the year in order to put himself in the thick of the chase in the talent-rich 135-pound weight class.