On the Rise: Portland Edition 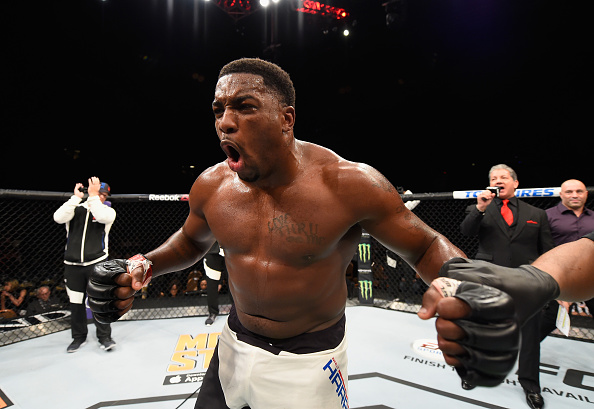 The UFC machine just keeps on trucking along, with the Octagon returning to a place with an outstanding food scene, incredible outdoors to explore and one of the best backcourt combinations in the NBA – Portland, Oregon – for Saturday’s UFC Fight Night event.

Headlined by a blistering bantamweight battle between John Lineker and John Dodson that should produce fireworks – and potentially add the winner to the short list of future title challengers in the 135-pound weight class – the remainder of the fight card is stocked with up and coming talents looking to step into the spotlight and introduce themselves to a larger audience.

Here’s a look at three such fighters stepping into the cage this weekend in PDX.

This is On the Rise: Portland Edition.

After picking up his first UFC victory last time out, Harris aims to make it two in a row when he takes on Shamil Abdurakhimov in a heavyweight clash Saturday night at the Moda Center.

A natural athlete with good size, Harris was still figuring himself out as a fighter when he initially arrived on the UFC stage. He was raw and inexperienced and it produced consecutive losses and a trip back to the regional circuit. A quick win earned him a callback against Soa Palelei in Australia, but another setback followed. However, positioned opposite Looking for a Fight find Cody East in a showcase opportunity as the UFC FIGHT PASS featured prelim at UFC 197, “The Big Ticket” made the most of things, stopping East inside the first round to get things moving in the right direction.

With obvious knockout power – all eight of his wins have been KO stoppages – and a little more seasoning under his belt, the American Top Team product has the potential to be a heavyweight late bloomer that makes a little noise in a division that is always in search of fresh talent.
RELATED: PREVIEW THE UFC FIGHT PASS FEATURED BOUTS

Cutelaba had the deck stacked against him in his UFC debut, taking on rising Latvian-Canadian star Misha Cirkunov 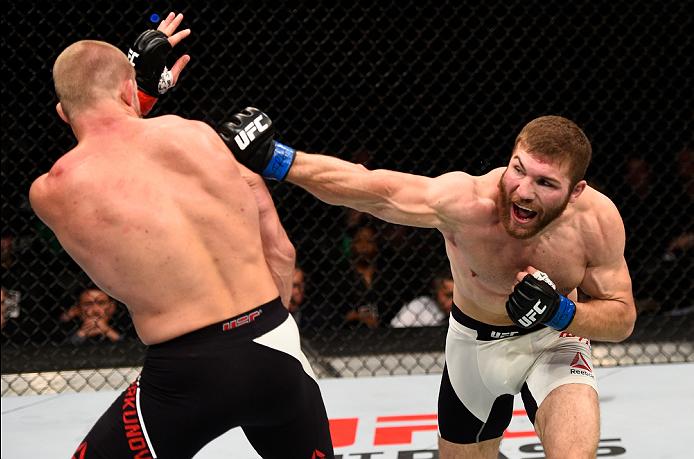 in the Canadian capital of Ottawa before a packed and partisan crowd at the TD Bank Arena in June. But the 22-year-old Moldovan acquitted himself well in the process and gets a second chance to earn his first UFC win here when he steps in with Jonathan Wilson.

Cirkunov was careful with Cutelaba early and for good reason, as the newcomer was throwing smoke from the start and stung the surging dark horse contender on a couple of different occasions. Now that he’s got his first foray into the Octagon under his belt and can build off that experience, don’t be surprised if Cutelaba further shows why he was called up to the big leagues in the first place.

This fight should be more akin to his preferred approach, as Wilson has never been one to back down from a slugfest. With nine KO finishes in 11 career victories, it’s clear that Cutelaba packs some dynamite in his hands and has the potential to end this one with a bang.

Though she lost her UFC debut in February, Faszholz showed right away that she belongs at this level and is someone to watch in the women’s bantamweight division by turning in a gutsy short-notice performance opposite durable veteran Lauren Murphy.

Accepting the fight less than two weeks prior to the February 21 event date, the previously unbeaten Nor-Cal Fighting Alliance representative stood her ground and traded blows with Murphy from the outset. The short notice nature of the bout and Murphy’s edge in experience eventually caught up to her and the bout was stopped with five seconds remaining, but it was a showing similar to the one turned in by Cortney Casey in her promotional debut and “Cast Iron” has since proven she’s a threat at strawweight and Faszholz has the potential to do the same.

This time around, she’s the one welcoming a newcomer to the Octagon, as she stands in opposite undefeated Brazilian Ketlen Vieira in the opening bout of the evening. Will Faszholz’s familiarity with fighting under the bright lights help her pick up her first UFC win? We’ll find out Saturday night in Portland.