On the Rise: Pittsburgh Edition 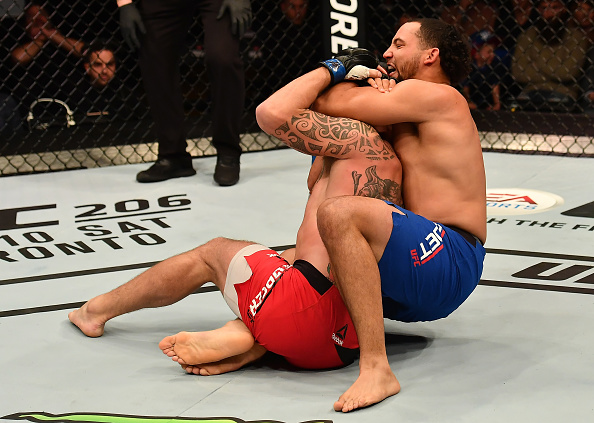 With Rotterdam and Edmonton in the rear view mirror, the focus shifts to Pittsburgh’s PPG Paints Arena, where 11 sets of competitors will cross the threshold into the Octagon in search of victory and a chance to move forward in their respective divisions on Saturday night.

Headlined by a contentious middleweight fight between former champ Luke Rockhold and the surging David Branch and bolstered by pivotal divisional clashes at welterweight and lightweight, one of the most compelling elements of this weekend’s fight card is the chance to get a look at a trio of heavyweights hoping to use their appearance in the “Steel City” as a springboard to even greater opportunities later this year and into 2018.

Here’s a look at those three athletes.

This is On the Rise: Pittsburgh Edition. 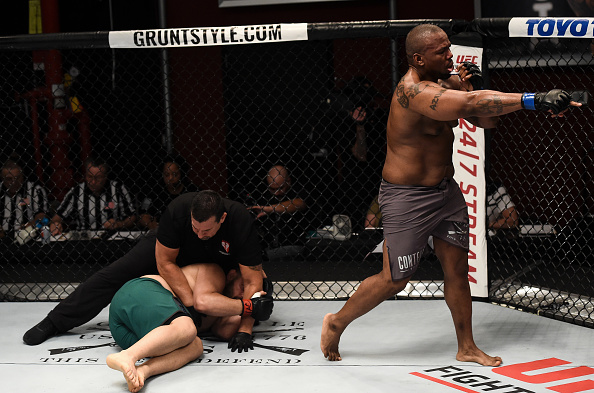 An East Coast regional veteran, Anyanwu earned a second-round knockout win over fellow CFFC veteran Greg Rebello on Week 1 of the surprise hit of the summer, but wasn’t initially awarded a contract. However his performance clearly made an impact on the UFC brass and with Sosnovskiy going down with an injury, the surging heavyweight now gets his chance to compete on the biggest stage in the sport.

Anyanwu has won five straight and seven of his last eight heading into his short notice opportunity against Justin Ledet this weekend in Pittsburgh, with his lone setback coming against fellow DWTNCS winner Dan Spohn. Now, seven years and 18 fights into his pro career, the 36-year-old who grew up in Bensalem Township and fights out of the Renzo Gracie Academy in Philadelphia will make the 300-mile journey east to "The Steel City" to fulfill his dream of competing inside the UFC Octagon.

Unbeaten in nine appearances, Ledet established himself as someone to watch in the heavyweight ranks in 2016 by collecting a unanimous decision win over Chase Sherman in his debut and following it up with a first-round submission win over Mark Godbeer three months later in Northern Ireland.

Returning after serving a four-month suspension as a result of a tainted supplement, the 28-year-old Texan has shown a well-rounded skill set led by sharp boxing in his first two Octagon appearances and a knack for finishing fights, as Sherman is the lone man to make it to the cards against Ledet thus far.

A Division II basketball player in college, Ledet is a solid athlete, showcasing good movement, a strong understanding of range and quality finishing instincts over the first nine fights of his career.

With the heavyweight division always in need of fresh talent, this is a matchup that should garner a lot of attention on Saturday, as the winner should have the opportunity to make an accelerated climb up the divisional ladder going forward. 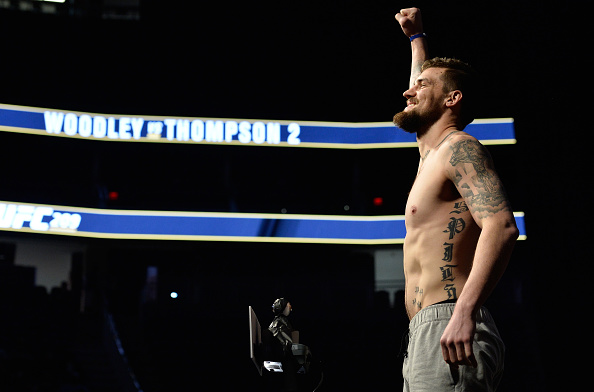 Debuting in the UFC is hectic and challenging when you’re coming off a full training camp and given plenty of time to wrap your head around what’s about to happen. It’s even more difficult when you get the call to step into the Octagon for the first time on short notice, leaving you minimal time to prepare for the challenge ahead.

Spitz’ first foray into the UFC cage was of the short-notice variety, as the Sikjitsu representative was called to replace Todd Duffee opposite Mark Godbeer at UFC 209 just a handful of weeks before the March 4 event at T-Mobile Arena in Las Vegas. Though he had a few positive moments and hung tough throughout, the towering 27-year-old came away on the wrong side of the scorecards – his promotional debut resulting in his first professional loss.

With a fight under his belt and a full camp to prepare, Spitz makes his sophomore appearance in the Octagon on Saturday, squaring off with veteran Anthony Hamilton in what should be a better opportunity to see what the aptly nicknamed “Daddy Long Legs” can do in the cage.