On the Rise: Phoenix Edition 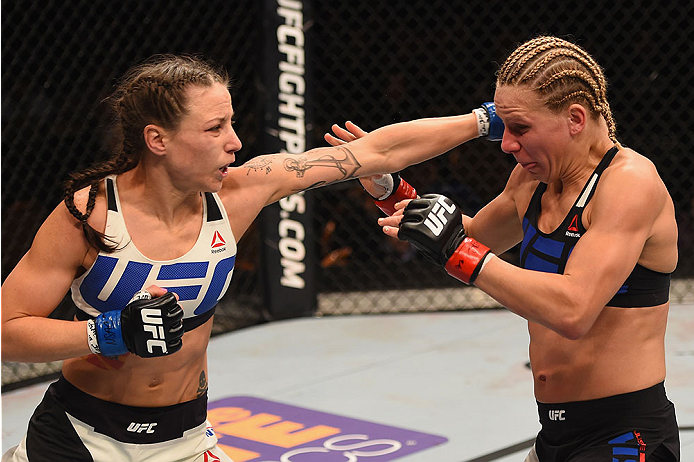 The UFC’s 2017 campaign kicks off in the desert this Sunday, as the Octagon returns to Phoenix for an event headlined by surging prospect Yair Rodriguez taking on returning Hall of Famer BJ Penn in an intriguing fight that could set the tempo for what is to come in the next 12 months.

In addition to the featherweight main event, this show also features the always entertaining Joe Lauzon against Marcin Held, and a litmus test for Sergio Pettis, who takes on former flyweight title challenger John Moraga in a bout that should help clarify where the Milwaukee native is at in his development heading into his fourth full year on the UFC roster.

On top of that, this event also features a trio of competitors looking to kick off the year in impressive fashion and propel themselves to greater heights going forward by exiting Talking Stick Resort Arena with a victory in hand.

Here’s a look at that triumvirate.

This is On the Rise: Phoenix Edition.

Given how the bantamweight division looked at the end of 2016, it’s pretty difficult to hold Mendes’ debut loss in the UFC against him. Called upon as a short-notice replacement, the Brazilian jiu-jitsu world champion jumped at the opportunity and stepped into the Octagon against an unbeaten, unranked prospect in Pittsburgh – Cody Garbrandt.

The newly crowned champion dispatched “Tanquinho” inside the opening five minutes, handing him the first loss of his professional career in the process. Now, nearly a year later, the 33-year-old MMA Lab representative makes his sophomore appearance with the benefit of a full camp when he takes on Arizona State alum Frankie Saenz this weekend.

A pro for less than three years, Mendes’ pedigree on the mat made him someone to avoid on the regional circuit, but there are no shortage of opponents for him at this level and now he gets the chance to really show what he can do. Can he develop into a bantamweight Demian Maia or will he be another jiu-jitsu standout who is unable to turn his grappling acumen into consistent results inside the UFC cage?
MATCHUPS: Mendes vs Saenz | Ansaroff vs Jones-Lybarger | Klose vs Powell

Ask women’s bantamweight champion Amanda Nunes and she’ll tell you that her girlfriend Ansaroff is going to follow in her footsteps and climb to the top of the strawweight division. Actually, you don’t even have to ask her; just give her the mic following a victory and she’ll let you know.

Ansaroff gets the opportunity to take a step in that direction in Phoenix, fighting for the first time in over a year and just the third time since December 2013, when she takes on Jocelyn Jones-Lybarger in the UFC FIGHT PASS Featured Bout on Sunday night’s card. Upping the ante for this one is the fact that both women are still in search of their first UFC victory, having each dropped a pair of decisions in their first two outings.

A taekwondo stylist, Ansaroff rattled off five straight stoppage wins before debuting in the Octagon in November 2013. Nunes has made huge strides since moving to American Top Team and if Ansaroff is able to make similar progress, she has a real opportunity to kick off 2017 with a victory.
READ: Klose's welcome to the UFC

Whenever I would talk to John Crouch about one of the lighter weight talents from the MMA Lab set to compete in the Octagon, the criminally underrated head coach would talk about the Murderer’s Row of training partners his guys had to work with on a daily basis, including a host of emerging talents that hadn’t yet made it to the UFC.

One guy whose name always seemed to come up was Klose.

This weekend, the 28-year-old arrives on the biggest stage in the sport for the first time in a battle of newcomers opposite Devin Powell, who impressed UFC President Dana White when he and the Lookin’ for a Fight crew rolled into New England for an NEF event back in August.

Klose is a former collegiate wrestler who went unbeaten as an amateur and sports a 6-0-1 record heading into his UFC debut. A long-time training partner of former lightweight champ Benson Henderson and the host of fighters competing at ’55 and below from the Glendale, Arizona fighter factory, Klose is one to track in the deep and competitive lightweight division.