On the Rise: Norfolk Edition 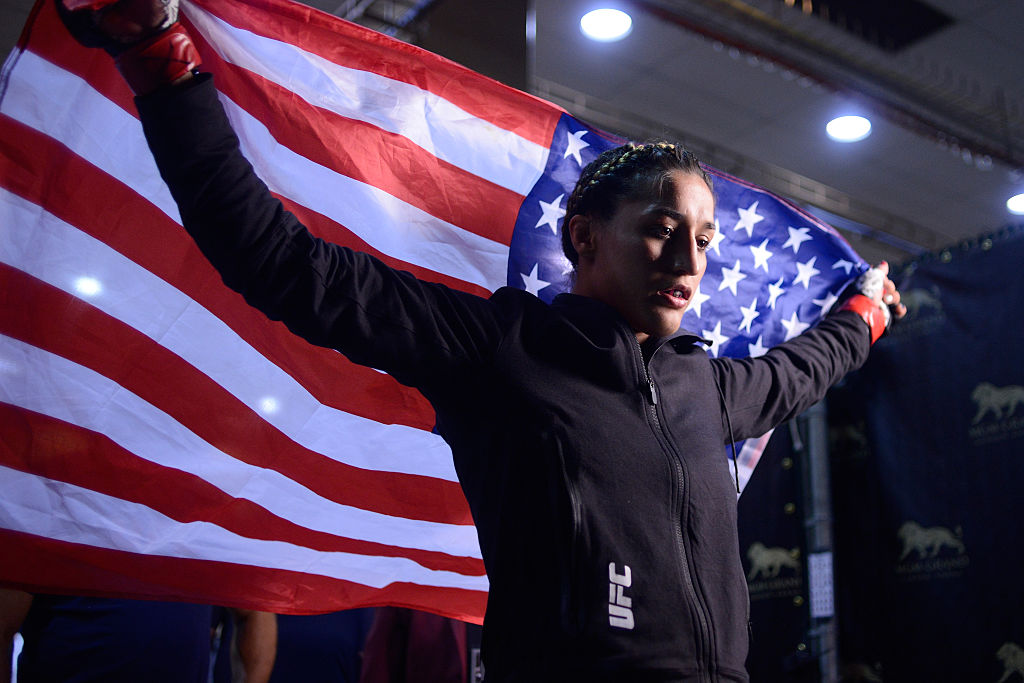 Like everyone else, I’m still buzzing from Saturday night and the incredible climax to an outstanding fight card at Madison Square Garden, where a troika of title changes closed out the evening and shifted the UFC landscape as 2018 approaches.

Now it’s time to ride that wave of excitement and energy to the mouth of the Chesapeake Bay for UFC Fight Night: Poirier vs. Pettis this weekend at the Ted Constant Convocation Center in Norfolk, Virginia.

While last weekend’s card was packed with superstars, Saturday’s event on the Old Dominion University campus is flush with emerging talents looking to become the next Rose Namajunas, TJ Dillashaw or Georges St-Pierre, and we’ve highlighted three athletes you need to keep an eye on as they step into the Octagon this weekend.

This is On the Rise: Norfolk Edition. 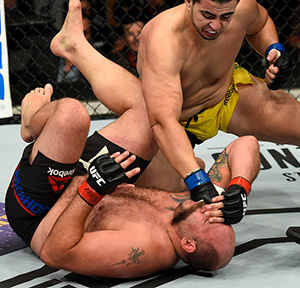 The Brazilian heavyweight ran his winning streak to double digits with a first-round stoppage win over Timothy Johnson in his promotional debut back in July, earning a Performance of the Night bonus for his efforts.

Following his victory, Albini spoke to reporters about being unable to afford toys for his young daughter, who played with empty shampoo bottles instead. With another win under his belt and a cool fifty grand in his back pocket, there was sure to be some celebratory moments in the Albini house after that one.

Feel-good story aside, the Astra Fight Team member is an intriguing new addition to the heavyweight ranks. At 26, he’s one of the youngest fighters in the division and with 10 straight victories and 12 stoppages in 14 wins overall, it’s easy to see why many observers are excited to see how Albini does when he steps into the Octagon with former champion Andrei Arlovski on Saturday.

Despite recent struggles, Arlovski is still a dangerous matchup, brandishing the kind of power that can halt a prospect’s climb up the rankings in a hurry. Should Albini deliver another impressive showing, he’ll join UFC 217 winner Curtis Blaydes on the short list of talented neophytes working their way up the heavyweight ladder.

The last time Tatiana Suarez was in the Octagon, the 26-year-old Millennia MMA product choked out Amanda Cooper to win the strawweight competition on Season 23 of The Ultimate Fighter. Injuries have kept her sidelined since, but this weekend, the standout grappler returns in search of another victory and the opportunity to reestablish herself as one of the top prospects in the 115-pound ranks.

A two-time bronze medalist at the World Championships during her freestyle wrestling days, Suarez is an outstanding athlete with the pedigree and upside to become a force in the strawweight division in the future, which is why she was the first overall selection during her time on the long-running reality TV competition.

Saturday in Norfolk, she gets a stiff test in her return to action when she shares the cage with fellow unbeaten hopeful Viviane Pereira. If Suarez can return from a 16-month hiatus to halt the Brazilian prospect’s unbeaten march up the rankings, she’ll cement her place as one of the top young talents in the women’s ranks and potentially earn an opportunity to share the cage with a more established foe in the first half of 2018.

The 27-year-old Roberson made an instant impression with kickboxing fans in August 2015 when he went the distance in a controversial loss to legendary Frenchman Jerome Le Banner in his professional debut. Two years later, he did the same with hardcore fight fans by marching into the Octagon and needing just 15 seconds to upset the heavily favored Ryan Spann and earn a UFC contract to close out the third week of this summer’s Tuesday Night Contenders series.

Roberson pushed his record to 5-0 with his win over Spann and has the opportunity to add another win to his total this weekend when he makes his UFC debut against Darren Stewart in Saturday’s opener.

The pairing with the Brit this weekend should provide an instant read of where Roberson fits in the middleweight division as “The Dentist” has already made a couple of appearances in the Octagon and has relocated to the 185-pound ranks in search of his first UFC victory. If Roberson can come close to replicating his performance against Spann in this one, he could expedite his rise up the rankings.