Keep your eyes on these three names when the action gets started in Milwaukee on December 15.
By E. Spencer Kyte • Dec. 10, 2018

Seven years, one month and a couple days after Junior Dos Santos won the heavyweight title by knocking out Cain Velasquez at Honda Center in Anaheim, California in the first UFC fight ever broadcast on FOX, the organization makes one final stop to “Big FOX” this weekend.

Since that special event on November 12, 2011, the network has played host to a number of memorable contests and breakthrough performances, including a handful of title defenses, several top contenders delivering statement-making efforts and one bout that set the table for the biggest two-fight series in UFC history.

This weekend in Milwaukee, a trio of Contender Series alums will look to follow that same path as they make their first trip into the Octagon.

This is On the Rise: Milwaukee Edition. 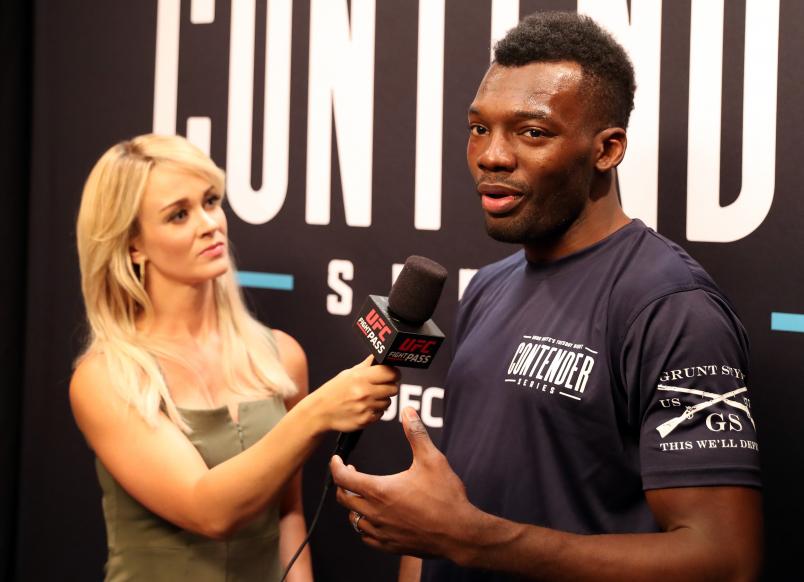 Entering on a seven-fight winning streak and a hailing from one of the top teams in the sport, American Kickboxing Academy product Grant scored a UFC contract with a second-round stoppage win over Tyler Hill on the Contender Series in June.

A pro since 2011 who once went 32 months between fights and ended a 19-month hiatus with his win over Hill, it will be interesting to see how much better “The Body Snatcher” looks after making a quick return to the cage this time around. He showed crisp boxing and good patience in his victory over Hill, and working with the all-star crew at AKA in San Jose is sure to have him prepared for the challenge that awaits him in Milwaukee.

Originally scheduled to face Roufusport product Erik Koch, Grant will instead square off with veteran Zak Ottow, who has alternated wins and losses over the course of his six-fight UFC tenure and enters this one off a second-round stoppage loss to Sage Northcutt.

With good size and excellent conditioning for the division, Grant is a new arrival to the welterweight ranks worth keeping tabs on as he looks to end 2018 with a dominant effort in his UFC debut. 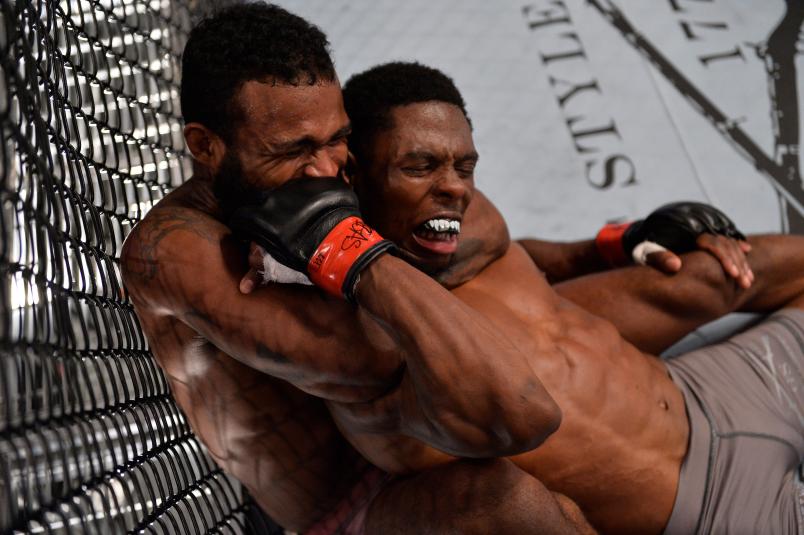 Six weeks after Grant punched his ticket to the UFC (literally) with his victory over Hill, Griffin earned his opportunity to compete on the biggest stage in the sport by securing a first-round submission win over Maurice Mitchell inside the Ultimate Fighter gym in Las Vegas.

A freestyle fighter representing Milwaukee’s Roufusport squad, the 28-year-old has gone 16-2 since beginning his career with just a single victory in his first four professional appearances, with both setbacks coming against noteworthy competition. The bout with Mitchell showcased Griffin’s toughness and finishing instincts as the two went shot-for-shot early, with the “NativePsycho” catching some hands early before connecting with a stinging shot and locking up the finish.

Paired with Season 1 Contender Series competitor Dan Ige, Saturday’s contest is a great opportunity for Griffin to establish his footing in the featherweight division.

Ige rebounded from a debut loss to Julio Arce with a terrific stoppage win over Mike Santiago in June, and is the kind of polished, well-rounded talent who should serve as a serious initial test for the Milwaukee-based newcomer. If Griffin can keep his winning streak intact and impress in his promotional debut, he’ll position himself for greater opportunities next year. 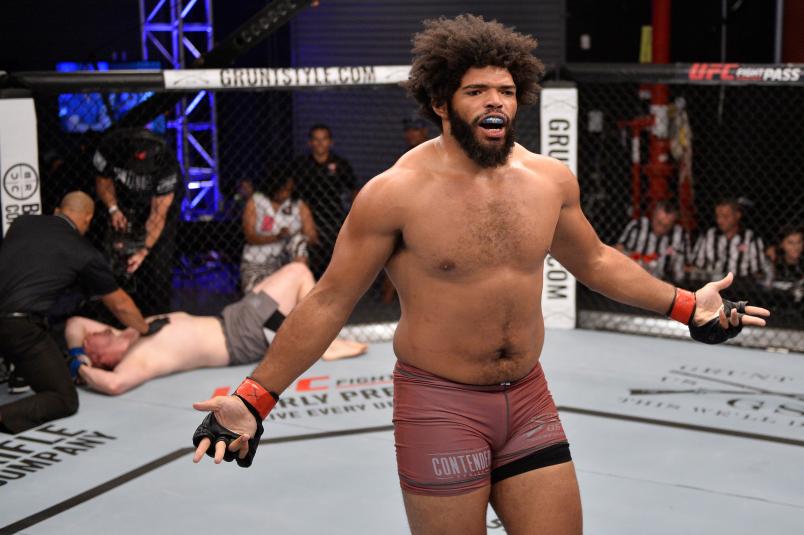 Adams picked up a victory before Griffin took to the cage in Las Vegas back in July and he’ll look to do the same this weekend in Milwaukee as well, as the undefeated heavyweight makes his maiden voyage into the Octagon in a showdown with veteran Chris de la Rocha in Saturday’s opener.

A gigantic human being with a 4-0 record, the 26-year-old Adams is an intriguing new addition to the big boy ranks.

Standing six-foot-five with an 81-inch reach, the brash and confident Houston native has yet to see the second round as a professional and has never tasted defeat inside the cage, posting four consecutive stoppage victories as an amateur before doing the same to kick off his pro career.

This is a very interesting matchup for Adams, as he’s faced very little adversity to this point in his career. The 39-year-old de la Rocha is slightly more experienced than Adams and enters off a third-round stoppage win over Rashad Coulter in June, where he weathered an early onslaught to score his first UFC victory.

There is a real possibility that de la Rocha tests Adams early in this one, but with his massive frame and thunderous power, don’t be surprised if “The Kraken” continues rampaging to start his UFC career, establishing himself as the next newcomer to track in the heavyweight division.