On the Rise: London Edition

The final event of the month marks the UFC’s return to London for a 13-fight event featuring some of the top talents from the United Kingdom stepping into the Octagon, looking to use this home game as a launching pad to greater opportunities throughout the rest of 2017.

Last year, Michael Bisping used his main event assignment opposite Anderson Silva to propel himself into the title conversation before eventually claiming the middleweight title and enjoying the best year of his lengthy career. While championship gold may not be within the grasp of anyone on this card in the next nine months, there are more than a few upstarts competing this weekend at the O2 Arena with that kind of upside, including OTR alums Marc Diakiese and Arnold Allen.

Here’s a look at three more to watch this weekend.

This is On the Rise: London Edition. 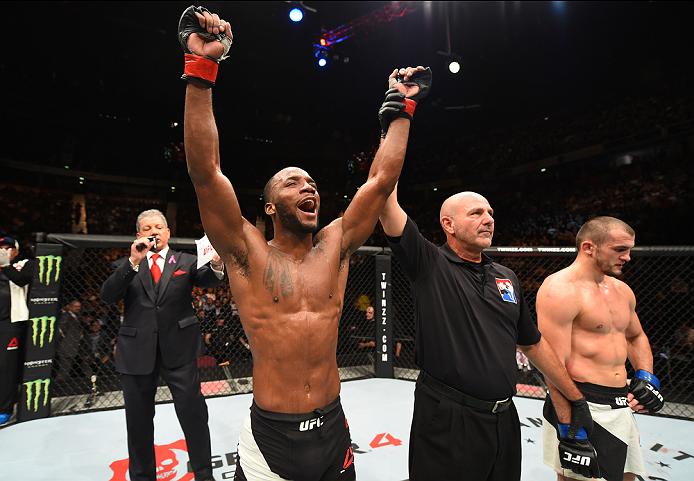 In hindsight, folks probably should have started paying attention to “Rocky” right after he iced Seth Baczynski in eight seconds in his sophomore appearance in the Octagon, but fighting in the deep welterweight division has a way of forcing talented youngsters into the shadows at times. That’s where Edwards largely remained while posting three victories in his next four fights, but after choking out Albert Tumenov last October at UFC 204, it’s hard to overlook the 25-year-old any longer.

With quick hands and an improving ground game, Edwards, who has previously logged training time with the American Kickboxing Academy crew, has the fundamentals to become a factor in the welterweight division in the future and his weekend pairing with Vicente Luque should provide a good indication of where Edwards is at in his development.

The Brazilian is on a four-fight winning streak with stoppages in each of those contests, so if Edwards can halt Luque’s roll while pushing his own winning streak to three, he’ll establish himself as one of the top up and comers in the talent-rich division.
MATCHUPS: Edwards vs Luque | Johns vs Entwistle | Lansberg vs Pudilova

The first Welshman to earn a win in the UFC, Johns was a heralded prospect before he first set foot in the Octagon and he showed why in his debut, posting a dominant decision win over fellow prospect Kwan Ho Kwak in November to extend his winning streak to a baker’s dozen.

Boasting good size for the bantamweight division and an excellent top game, Johns logged wins over Walel Watson and Anthony Gutierrez under the Titan FC banner prior to his promotional debut and he has the opportunity to make a quick climb up the bantamweight rankings with a couple more wins. This weekend, “The Pikey” faces a dangerous challenge in the form of Ian Entwistle, the 30-year-old leg lock specialist who has yet to see the second round in his 12-fight career.

Stylistically, this is a tricky matchup for the 25-year-old Johns, as he is best working in the clinch and on the canvas, which would open up opportunities for Entwistle to attack his legs. However, if the 13-0 bantamweight from Swansea can stay out of danger, he has the potential to put forward a dominant effort and enter the fast lane in the congested 135-pound ranks.

After losing her professional debut to Pannie Kianzad, Lansberg rattled off six straight wins to earn a call from the UFC. Unfortunately for the Swedish “Elbow Princess,” her first assignment came against Cris Cyborg, who brought her 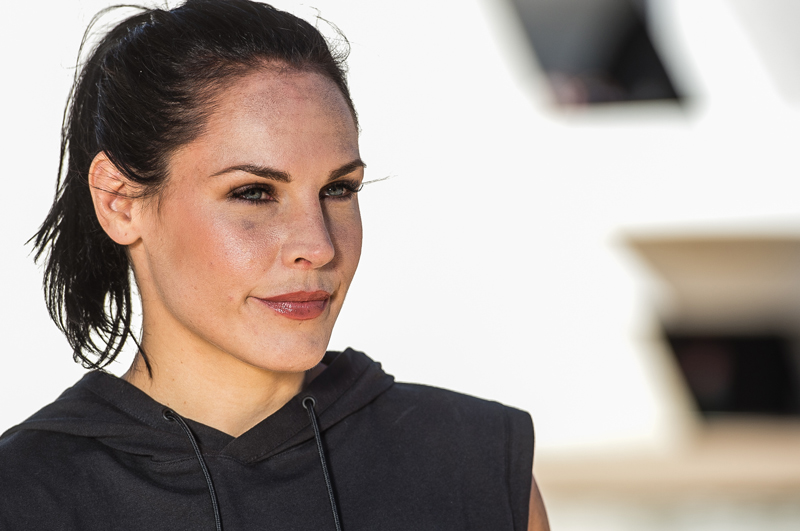 winningways to an end. To her credit, Lansberg lasted longer than any of the Brazilian standout’s previous four opponents, joining Marloes Coenen as only the second fighter in the last five years to make it out of the first round against Cyborg.

This weekend, she makes her second trip into the Octagon this weekend against a familiar foe. Originally scheduled to square off with Veronica Macedo in a battle of UFC sophomores, Lansberg will instead meet Lucie Pudilova, whom she previously faced and defeated in November 2015.

The loss remains the lone setback on the Czech newcomer’s resume and she’s posted three victories since, so the opportunity to gain a measure of revenge against Lansberg on the biggest stage in the sport is sure to have her in top form on Saturday night, despite the short notice nature of the clash. That being said, the 34-year-old Lansberg has the benefit of a full training camp and history on her side in her second attempt to secure her first UFC victory and, this time, she’s not facing an unstoppable juggernaut on her home soil.