On The Rise: Lincoln Edition

Following a two-week break to enjoy/endure the summer heat (depending on your preferences), the UFC returns with a 13-fight event on Saturday headlined by what should be an absolute banger between lightweights Justin Gaethje and James Vick.

The first two times the UFC traveled to “The Cornhusker State,” the Octagon touched down in Omaha, but this weekend, the action shifts to the state capital of Lincoln, where fans will get a chance to get an up-close look at established talents like Michael Johnson, James Krause and John Moraga, as well as proud Nebraskan Jake Ellenberger.

In addition to those veteran names set to grace the cage before Gaethje and Vick engage in what could very well turn into a demolition derby to close out the show, Saturday’s fight card also offers a chance to see a little more from a trio of upstarts who are starting to make waves in their respective divisions.

These are those fighters.

This is On the Rise: Lincoln Edition. 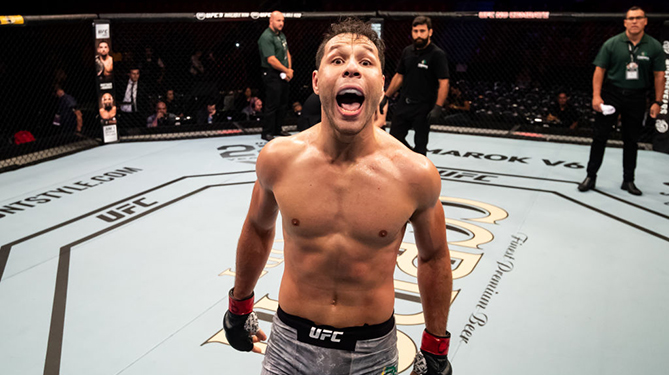 One of four men to previously hold a piece of the Legacy Fighting Alliance middleweight title currently on the UFC roster, Perez made his promotional debut on short notice against Eryk Anders in a de facto battle for the LFA 185-pound crown last December. While he came out on the wrong side of a one-sided decision and suffered his first professional loss, the 28-year-old proved he belonged on the big stage in the process.

In his sophomore showing, the Sao Paulo native made quick work of James Bochnovic, securing a first-round submission win at UFC 224 to get things moving in the right direction again. This weekend, “Maluko” squares off with Andrew Sanchez in a crucial contest for the two aspiring middleweights.

After winning the light heavyweight competition on Season 23 of The Ultimate Fighter, Sanchez out-hustled Trevor Smith before suffering back-to-back stoppage losses to Anthony Smith and Ryan Janes. While Sanchez is sliding, Perez is looking to take another step forward in the suddenly congested middle tier of the middleweight division.

If the Brazilian can make the most of this replacement opportunity and add a second straight win to his resume, especially against a highly regarded talent like Sanchez, he’ll further cement his status as someone to keep an eye on in the 185-pound ranks going forward. 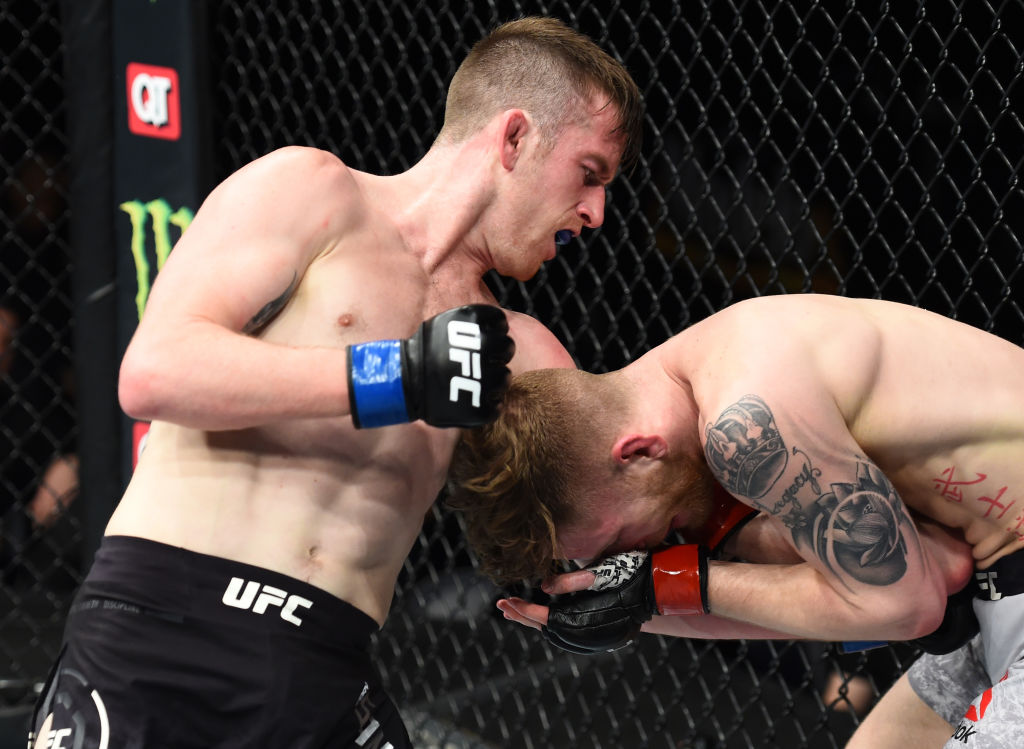 A late addition to the lineup for January’s UFC on FOX event in North Carolina, Sandhagen made the most of his opportunity, turning his Octagon debut into an impressive second-round stoppage win over tough Sikjitsu product Austin Arnett.

Fighting out of the Elevation Fight Team in Aurora, Colorado, Sandhagen is another LFA alum that has the potential to make some serious noise on Saturday as he squares off with 45-fight veteran Iuri Alcantara. He’s finished each of his last three opponents, and after fighting twice in eight days at the start of the year, he’ll look to keep the hot streak rolling when he saddles up next to “Marajo” this weekend.

The ageless Brazilian has been a consistent presence in the bantamweight division for a number of years and represents a stern test for Sandhagen, who drops to the 135-pound weight class for the first time. Coming off a first-round stoppage win over Joe Soto where he looked renewed, Alcantara is a crafty, seasoned pro with the skills to halt the UFC sophomore’s progress dead in its tracks in Lincoln.

A victory over the 38-year-old still carries weight, and if Sandhagen can extend his winning streak to four and add another finish to his resume, he’ll set himself up for a potential Top 15 pairing towards the end of the year or early in 2019. 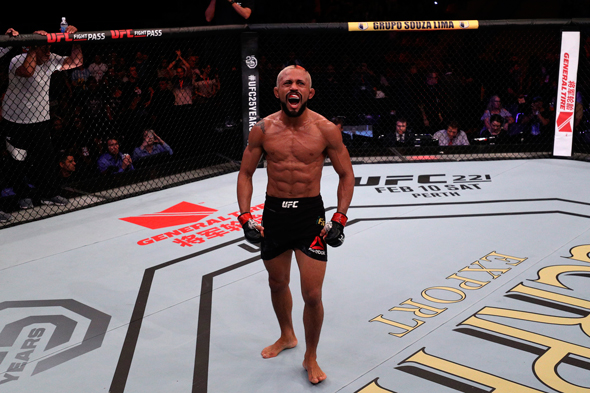 Three wins in as many appearances have carried Figueiredo onto the radar and into the rankings in the flyweight division, and after having handed Jarred Brooks and Joseph Morales the first losses of their careers in his last two outings, the Marajo Brothers product gets a chance to prove he’s a potential contender with a main card assignment opposite Top 10 fixture John Moraga on Saturday.

The 30-year-old “God of War” will be competing outside of his native Brazil for the first time this weekend and does so against one of the most seasoned and sound fighters in the division. While he looked outstanding against Morales back in February, collecting a second-round stoppage win to extend his winning streak to 14, Figueirdo now has to contend with a former title challenger who has faced all the top names in the division and enters on a three-fight winning streak of his own.

With flyweight undergoing a seismic shift at the start of the month when Henry Cejudo unseated Demetrious Johnson atop the division, there are fresh opportunities available to both veterans like Moraga and ascending talents like Figueirdo alike, and the winner of this one should find themselves in another crucial contest before the year is out.

If the Brazilian can make his first North American excursion a successful one by toppling the sixth-ranked Moraga, he’ll establish himself as one of the few fighters in the Top 10 who has yet to share the cage with most of the division’s top names, which will give him tons of options heading towards the close of 2018 and into next year.