On the Rise: Houston Edition 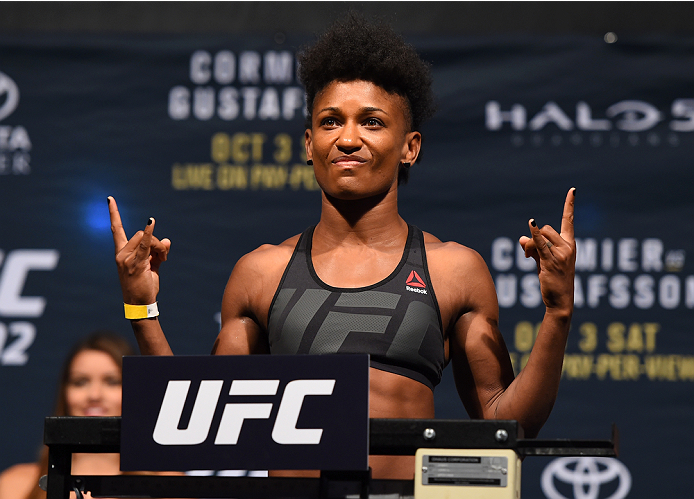 Angela Hill returns to the UFC for the first time since October 2015, as she takes on Jessica Andrade at Fight Night Houston" align="center" />
The night before the Patriots and Falcons go head-to-head in Super Bowl LI, Toyota Center in Houston, Texas plays host to UFC Fight Night: Bermudez vs. Korean Zombie.

A sneaky-good 12-fight card featuring a few familiar names and the long-awaited return of Chan Sung Jung, the really interesting part of Saturday’s event is the collection of emerging talent set to take the cage, including strawweight standout Alexa Grasso, who was featured in this space in advance of her debut and looks to earn a second straight UFC victory in a matchup against veteran Felice Herrig.

Here are three others to keep an eye on this weekend.

This is On the Rise: Houston Edition.

A member of the cast on season 20 of The Ultimate Fighter, Hill earned a victory in her promotional debut, but then dropped back-to-back contests to Rose Namajunas and Tecia Torres, resulting in her release. Rather than wallow in sadness, the charismatic striker signed with Invicta FC, continued to build her game with the crew at Alliance MMA in San Diego and found a rhythm, winning the organization’s strawweight title in her third appearance and successfully defending the belt in a tough five-round affair back in November.

Now called back to the Octagon, Hill gets a chance to get right into the thick of the title chase in the UFC with a matchup against Jessica Andrade, the Brazilian powerhouse who has made quick work of Jessica Penne and Joanne Calderwood since moving down to the 115-pound division.

The 30-year-old Hill has looked outstanding since exiting the UFC and gaining more seasoning in the cage and it will be interesting to see if that continues in her return. If she’s able to keep her winning streak intact, a date with reigning UFC champ Joanna Jedrzejczyk could be in her future. 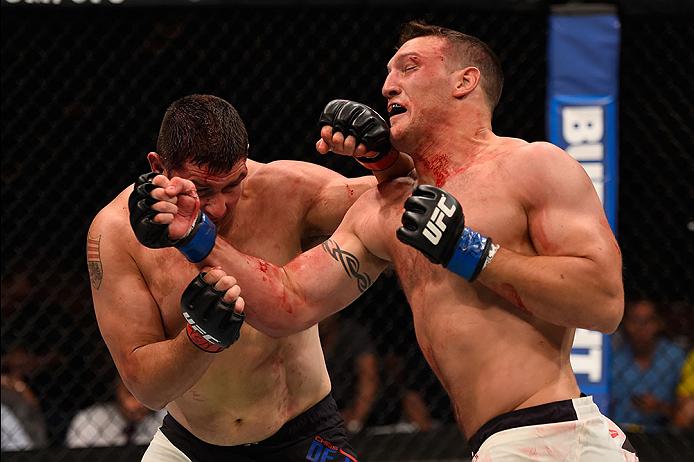 Heavyweight prospects often find their way into this space and Milstead fits the bill. At 29, he’s younger than the majority of the talent in the Top 15 and he looked good in his debut, a second-round stoppage win over Chris De La Rocha last May in Las Vegas.

“The Prototype” is a fitting name for the upstart fighting out of Pittsburgh, as Milstead looks the part of a future standout and has the natural athleticism and raw skills to potentially get there one day. Perhaps the most impressive thing about his progression to this point is that Milstead has amassed an 8-1 professional record while still holding down a full-time job as a pipeline technician, having worked a 12-hour shift two days after registering his first UFC win. He squares off with Curtis Blaydes this weekend in a battle of up and comers looking to take another step forward in the aging heavyweight division, and the winner could have a chance to make some noise by the time 2017 is through.

With Francis Ngannou graduating from prospect to contender thanks to his first-round stoppage win over Andrei Arlovski, the position is now open and Milstead certainly has the markings of someone capable of picking up the mantle and running with it going forward.

Ramos rebounded from his first professional loss last August with a second-round submission win and it couldn’t have happened at a better time, as UFC President Dana White and crew were in attendance, checking out the action in Bangor, Maine for an episode of “Dana White: Lookin’ for a Fight.”

Now the 21-year-old bantamweight prospect gets a chance to prove himself on the biggest stage in the sport, debuting this weekend against Michinori Tanaka. A hyped prospect when he signed with the UFC, the 26-year-old Tanaka has never been able to find his footing, alternating wins and losses through his first four Octagon appearances. Nonetheless, he’s got more experience than Ramos and will be a quality first test for the Sao Paulo native.

Sporting a 9-1 record with eight finishes and boasting tremendous size for the division, Ramos is an intriguing addition to the 135-pound ranks, though he’s much more of a long-term prospect than the two fighters he’s featured alongside here.