On the Rise: Hamburg Edition 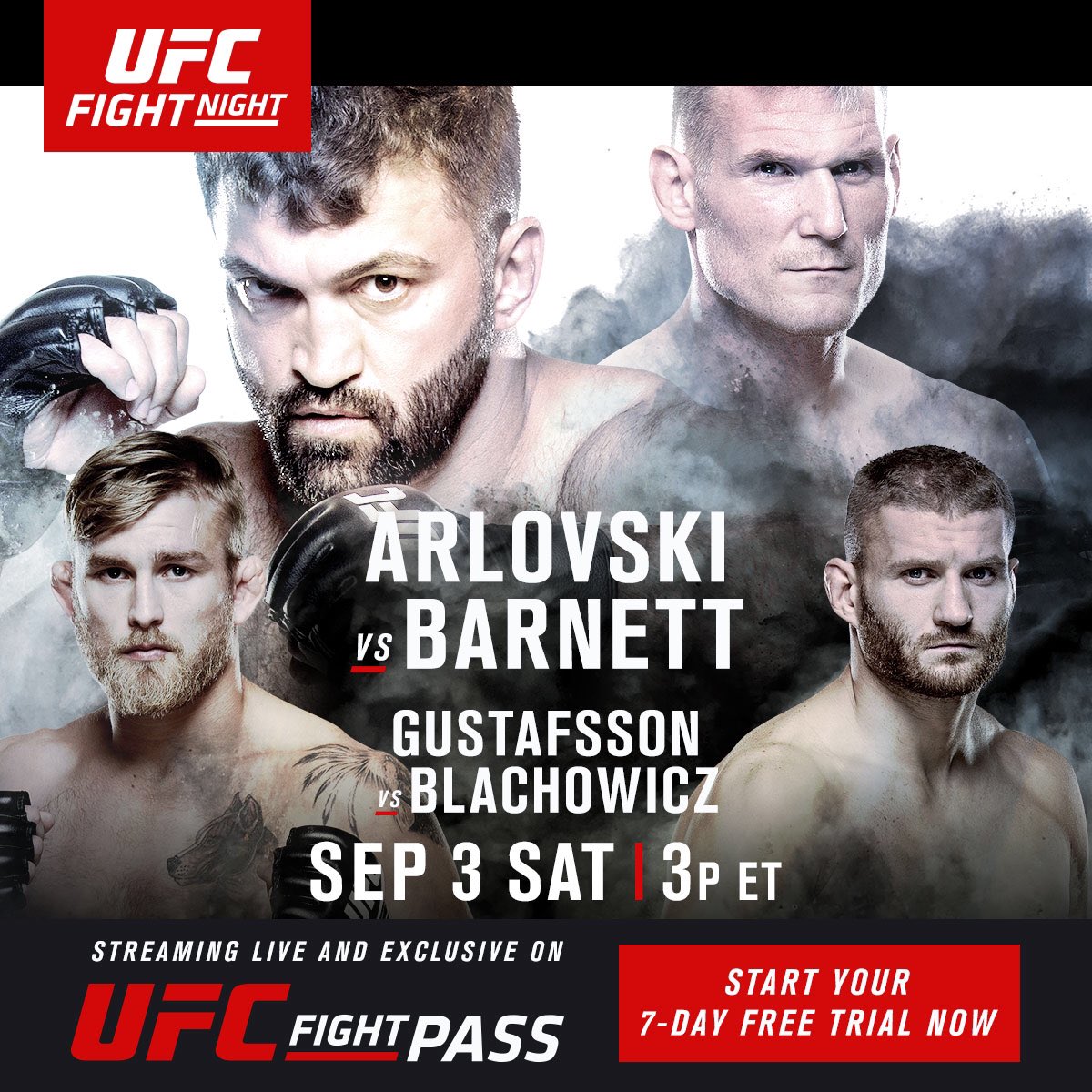 Fall is usually the time when things start to slow down – the kids go back to school, the days get a little shorter, the temperature falls – but in the UFC, the action just keeps motoring along as hot and heavy it did throughout the summer with fight cards every weekend in September, starting with Saturday’s card in Hamburg, Germany.

Headlined by veteran heavyweights Andrei Arlovski and Josh Barnett and featuring recognizable talent from the light heavyweight division in featured matchups, this is one of those cards that should close with a bang, but as with every event, there are some names to know stepping into the Octagon earlier in the evening capable of making a lasting impression as well.

Here are three of them.

The 24-year-old from Nuremberg enters with a 15-3 record and a six-fight winning streak, with his most recent victory coming against former UFC competitor Mickael Lebout. Ayari has already been competing as a professional for nearly seven years, but has taken a measured, patient approach to his career, adding two or three fights per year to his resume as he continues to grow and develop.

This weekend, Ayari will welcome fellow newcomer “Judo” Jimmy Wallhead to the Octagon. The British veteran has fought a collection of familiar names over the years and has won four straight since losing to Danny “Hot Chocolate” Roberts, so this should prove to be a solid litmus test for the young German in his promotional debut.

With the UFC continuing to expand and cultivate new markets in Europe, doing the same with emerging fighters is key and with a strong performance here, Ayari has the potential to be one of those up-and-coming competitors the promotion looks to feature whenever the Octagon makes trips across the Atlantic.
RELATED CONTENT: Fighter bios - Ayari | Macedo | Hermansson

When a 20-year-old fighter with an unbeaten record turns up on the scene, it’s only fitting to sit up and take notice in an effort to determine if they’re the real deal or a young fighter that has quickly ascended to the big stage with few challenges along the way.

Born in Venezuela, but training out of Poznan, Poland, Macedo is the youngest female on the roster and the second-youngest competitor currently signed to the UFC. She gets the chance to prove she belongs this weekend with a tough pairing opposite Ashlee Evans-Smith, who picked up her initial UFC win earlier this year via split decision against Marion Reneau.

A life-long martial artist who lists a gogoplata as her favorite grappling technique and whose final amateur appearance in 2014 went viral, Macedo is a black belt in taekwondo and a brown belt in Brazilian jiu-jitsu, so she should be comfortable wherever the fight goes. Evans-Smith has the edge in seasoning when it comes to the big stage and sharing the cage with more experienced competition, which means a quality effort from the 20-year-old newcomer here should make it clear that she deserves to be at this level and doesn’t plan on going anywhere for a long, long time.

Eight consecutive victories have carried the former Cage Warriors standout Hermansson into the Octagon, where he’ll square off with gritty Brit Scott Askham in a bout that will provide an instant understanding of where the Swedish newcomer fits in the middleweight division.

A pro for the last six years, “The Joker” had a two-fight blip on the radar when he came stateside to compete, but outside of those stumbles, it has been smooth sailing for the 28-year-old. During his current run of success, Hermansson has collected victories over regional vets Ion Pascu and Norman Paraisy, as well as former UFC competitor Karlos Vemola.

Askham is a tough out coming off a good win over Chris Dempsey in London earlier this year, and he will be a stern test for Hermansson. If the surging newcomer can keep things rolling, however, he’ll place himself on the fringes of the Top 15 in the middleweight division and establish himself as one to definitely watch heading into 2017.