On the Rise: Fortaleza Edition 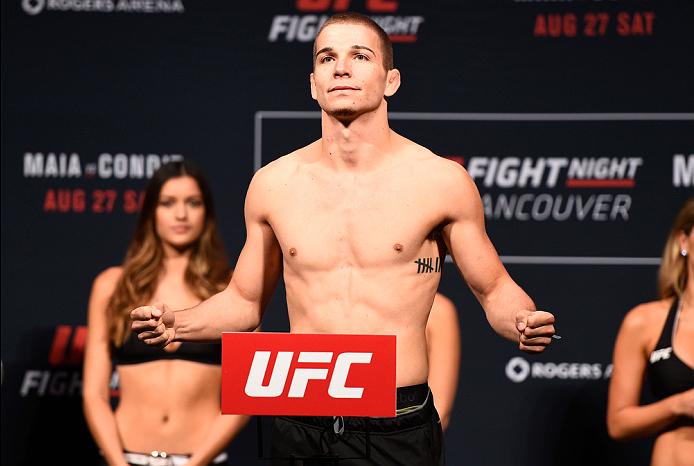 This week, the Octagon makes its inaugural trip to Brazil in 2017 for a Fight Night event in Fortaleza that is rich with familiar names and important fights scattered across a number of divisions.

In addition to the familiar names and ranked fighters stepping into the cage, this weekend’s 13-fight lineup also includes a collection of rising stars looking to make a splash in their 2017 debuts.

Here’s a look at three of those upstarts.

This is On the Rise: Fortaleza Edition.

The Surrey, British Columbia native got a hero’s welcome as he walked out to the Octagon for his UFC debut last summer inside Rogers Arena in Vancouver, and he sent the partisan crowd into a frenzied state by collecting a decisive decision win over fellow Canuck Alessandro Ricci in the UFC on FOX event opener.

A short notice assignment that took place at lightweight, the unbeaten 24-year-old returns for his sophomore appearance at his natural weight class, dropping down to featherweight and venturing into enemy territory to take on former TUF: Brazil winner Rony Jason on Saturday night.

“JBC” – which stands for “junior bacon cheeseburger” and was bestowed upon the Canadian prospect due to his love for the Wendy’s Value Menu item – is a perfect 9-for-9 in his career and boasts a well-rounded skill set honed at Revolution MMA. Standing 5’11” tall, Kennedy is big for the division and likes to keep a torrid pace, a combination that wore down his opposition on the regional circuit prior to having a similar impact on Ricci in August.

After a fast start to his UFC career, Jason has struggled over his last five, earning just a single victory, but the Brazilian veteran remains a major step up in competition for the young Canadian, who is looking to add his name to the growing list of promising talents competing in the 145-pound weight class.

Heading to Brazil and picking up an impressive victory over a seasoned, popular fighter like Jason is a good way to do it.
RELATED CONTENT: Matchups - Kennedy vs Jason | Borrachinha vs McLellan | Reneau vs Correia

A cast member on Season 3 of The Ultimate Fighter: Brazil, “Borrachinha” brings an unblemished professional record into his promotional debut against South African Garreth McLellan in this one.

The 25-year-old Costa, who was the fourth middleweight selected and eventually fell to finalist Marcio Alexandre by split decision after three rounds, has continued his winning ways since exiting the show, collecting a pair of victories in each of the last two years to push his record to 8-0 overall. All eight of those victories have come by way of stoppage, which highlights the dangerous potential the native of Belo Horizonte brings to the Octagon.

McLellan represents a stern first test for the Brazilian newcomer, as the 35-year-old has crossed the threshold into the Octagon on four occasions and shown tremendous durability and tenacity in each of those contests. While he’s only come away with one victory, “Soldierboy” is a serious challenge for Costa and will serve as a good measuring stick for where the Brazilian neophyte stands both in his development and the division going forward. 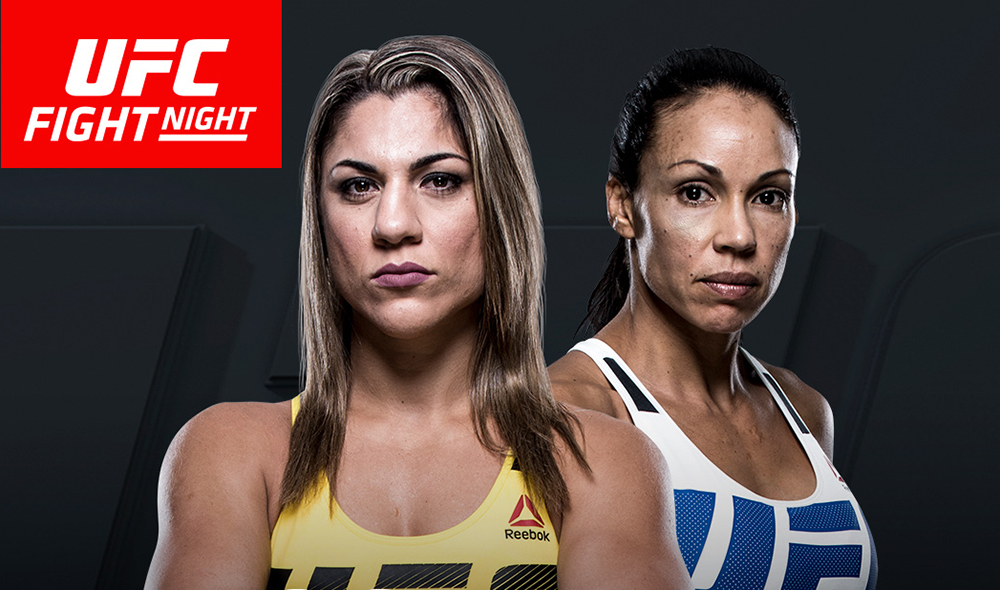 Five fights into her UFC tenure and having shared the cage with the likes of Jessica Andrade and Holly Holm in the past, the time is right for the 39-year-old Reneau to make a run in the women’s bantamweight division.

After dropping a razor-thin split decision to Ashlee Evans-Smith in early 2016, Reneau, who is a PE teacher at Farmersville High School when she’s not stepping into the Octagon, rebounded with a third-round stoppage win over Milana Dudieva in November. The victory halted a two-fight skid and confirmed Reneau as part of the collective stationed just outside the Top 10 in the division, setting her up to potential make a run in the wide open 135-pound weight class this year.

Here first opportunity to take another step forward comes on Saturday in a matchup with Bethe Correia, a pairing she called for on the mic following her win over Dudieva. The former title challenger got back into the win column last fall after dropping two straight and will be emboldened by the partisan crowd in Fortaleza, but if Reneau can roll into the Octagon and become just the second person to post a dominant performance against the 33-year-old Brazilian, she’ll catapult herself into the Top 10 and set herself up for even bigger opportunities as 2017 progresses.