The Sunday, June 25 fight card includes a trio of former champions and a host of familiar names, but there is also a smattering of up and coming fighters looking to use this sophomore event in OKC as a chance to introduce themselves to a larger audience.

Here’s a look at three relative newcomers looking to make a name for themselves on Sunday.

This is On the Rise: Oklahoma City Edition.

The Italian middleweight will step into the Octagon for the third time this weekend, squaring off with Brazilian veteran Vitor Miranda in the penultimate fight on the preliminary card. 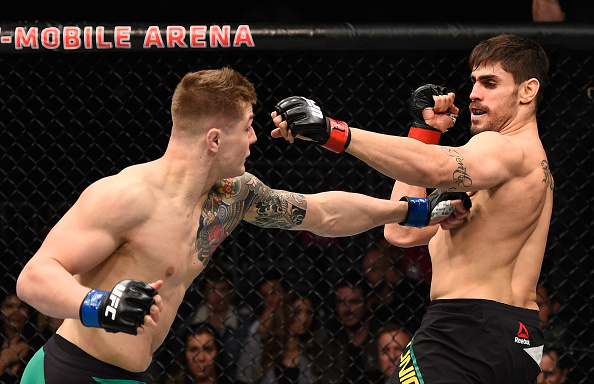 Vettori debuted last summer at UFC 202, picking up a first-round submission win over Alberto Uda to kick off his UFC journey. Four months later, the Mezzocorona native, who currently trains at Kings MMA, returned to the cage, only to come out on the wrong side of a unanimous decision result against Antonio Carlos Junior. Despite the loss, there were still plenty of positives to take away from the fight for Vettori, who stuffed eight of 12 takedown attempts and even managed to control the Brazilian Jiu-Jitsu ace on the ground for a good portion of the second round.

Just 23 years old, Vettori faced solid competition before matriculating to the Octagon, and he has continued that pattern since arriving in the UFC, showing signs of promise despite catching a loss last time out.

With a strong grappling background of his own and Master Rafael Cordeiro sharpening his striking skills, it wouldn’t be surprising to see Vettori follow a path similar to the one carved out by his teammate Beneil Dariush at lightweight – growing by leaps and bounds between each appearance while picking up quality wins and quickly establishing himself as a player in the packed middleweight division.

Pushing his winning streak to six in front of UFC President Dana White and the Lookin’ for a Fight crew when they rolled into Bangor, Maine earned Powell a chance to show what he could do in the big leagues in 2017, but unfortunately, things didn’t get off to a favorable start. 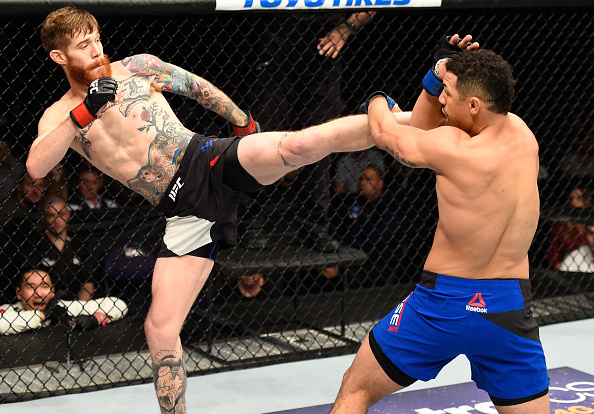 Powell ran into MMA Lab prospect Drakkar Klose in January, becoming the latest opponent to fall to the unbeaten John Crouch protégé, who is set to take on surging British knockout artist Marc Diakiese on next month’s Ultimate Fighter Finale card at T-Mobile Arena. With his Octagon debut out of the way and 15 minutes of UFC experience under his belt, the 8-2 lightweight returns looking to bounce back against Darrell Horcher this weekend.

The New Hampshire native has good size for the division and is a tenacious jack of all trades with good durability. If he can get in Horcher’s face, push a quick tempo and make things ugly, Powell could very well leave “The Sooner State” with his first UFC victory.

Colorado Springs’ Kimball was dealt a tough hand in his promotional debut, accepting the call to replace John Phillips opposite Marcos Rogerio de Lima seven days prior to the event. This weekend, the 26-year-old gets a chance to make a strong second impression when he takes on Josh Stansbury.

With a full training camp behind him, Sunday’s contest is a chance for Kimball to put his best foot forward and show that his debut loss was more a matter of circumstance than anything else. Things are wide open in the light heavyweight division right now and a strong showing against Stansbury should help “Grizzly” start making some headway in the 205-pound ranks.