On the rise: Emerging talent at UFC 198

Saturday night’s Pay-Per-View event in Curitiba, Brazil is a showcase of some of the top talents to ever emerge from the country – legends like Vitor Belfort, and “Shogun” Rua – and some of the biggest current stars in the sport from the South American nation as well, like heavyweight champion Fabricio Werdum, Ronaldo “Jacare” Souza and Cris Cyborg.

In addition to the established stars that fly the Brazilian flag stepping into the Octagon inside Arena da Baixada, there are also a number of up-and-coming talents from the country that will have a chance to shine on the sport’s biggest stage this weekend.

Here’s a look at three of those fighters that are On The Rise. 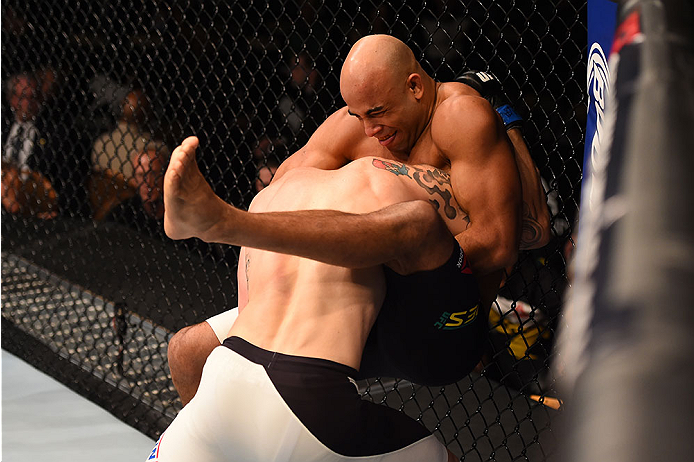 Coming off the third season of The Ultimate Fighter Brazil, Alves was heralded as a future superstar and a potential title contender somewhere down the line. Yet after adding three more wins to his resume and pushing his record to 10-0, the 25-year-old welterweight enters the cage this weekend against Bryan Barberena without the kind of hype and buzz you would expect an unbeaten up-and-comer would carry.

After collecting a debated unanimous decision win over Alan Jouban, Alves picked up a pair of submission finishes in 2015, catching guillotines and choking out Nordine Taleb and Colby Covington to run his winning streak to double digits. The X-Gym product is an opportunistic finisher and the kind of young fighter that shows improvements between each fight, which is crucial as he continues to climb the ladder in the 170-pound weight class.

Putting together a five-fight winning streak at this level is difficult, doubly so in a deep division like welterweight – and that’s where Alves will be if he can score a win on Saturday. That makes him someone to watch this weekend and a fighter to keep tabs on going forward because if he can get through “Bam Bam,” Alves will be knocking on the door of the Top 15 and cement himself as one of the top prospects in the UFC. 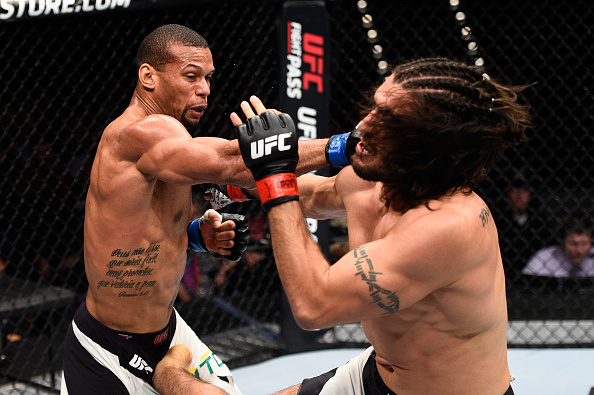 Santos is quietly doing good things in the middleweight division, stringing together three straight victories after struggling to find consistency through his first three UFC appearances.

After starting his time in the Octagon by going loss-win-loss in fights against Cezar Ferreira, Ronny Markes and Uriah Hall, “Marreta” went back-to-back-to-back in 2015 against Andy Enz, Steve Bosse and Elias Theodorou, the second of those victories producing one of the top knockouts of the year and the latter ending Theodorou’s unbeaten streak. He looks to run his winning streak to four on Saturday against former title contender Nate Marquardt.

The 32-year-old has found his footing, using his length and punishing kicks to keep opponents at bay and dictate the pace and space of the fight. Adding a veteran name like Marquardt, who is coming off a second-round knockout win over CB Dolloway in December, to his resume would further bolster his standing in the talent-rich middleweight division and potentially earn him a place in the Top 15. 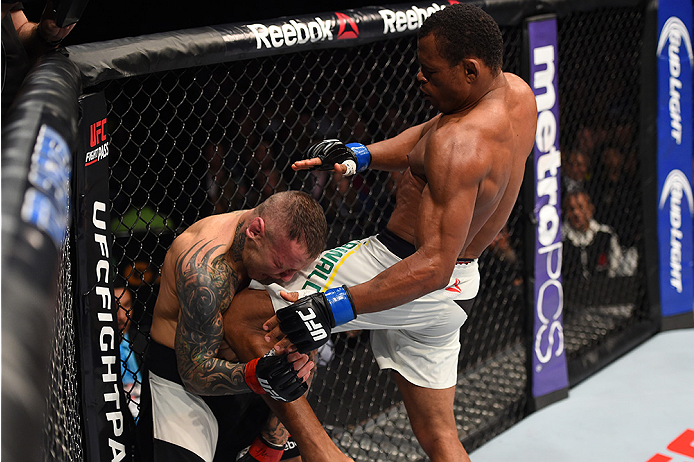 Trinaldo is in the midst of the best run of his career, entering his UFC 198 bout with Yancy Medeiros on a five-fight winning streak that includes a technical knockout win over Chad Laprise on Canadian soil and a unanimous decision victory over Ross Pearson in Boston to start the year. At age 37, “Massaranduba” has revamped his game, abandoning the bulk and big swings that defined the start of his UFC career in favor of a slimmed down frame and more variety, and it has produced nothing but positive results.

The last time the Brazilian tasted defeat was nearly two full years ago, when he dropped a unanimous decision to Michael Chiesa, who has scaled the lightweight ranks and landed a main event assignment opposite the surging Tony Ferguson in Sioux Falls, South Dakota later this summer.

Medeiros isn’t flashy or ranked at the moment, so this bout is flying under the radar, but how many guys in the division currently boast five-fight winning streaks in the UFC? Trinaldo is there already and can make it even more impressive by defeating Medeiros at home this weekend.