On the Rise: Emerging talent to see Sunday

Following a one-week hiatus for everyone to get ready for an amazing run of events over the rest of May and the next three months in general, the UFC touches down in the Netherlands for the first time with a Rotterdam event headlined by heavyweights.

While Alistair Overeem and Andrei Arlovski are the biggest names on the card, Sunday’s event is flush with talented up-and-comers looking to break out and establish themselves as contenders or get themselves on the radar in deeper divisions.

Here’s a look at three of the top emerging talents to watch this weekend. 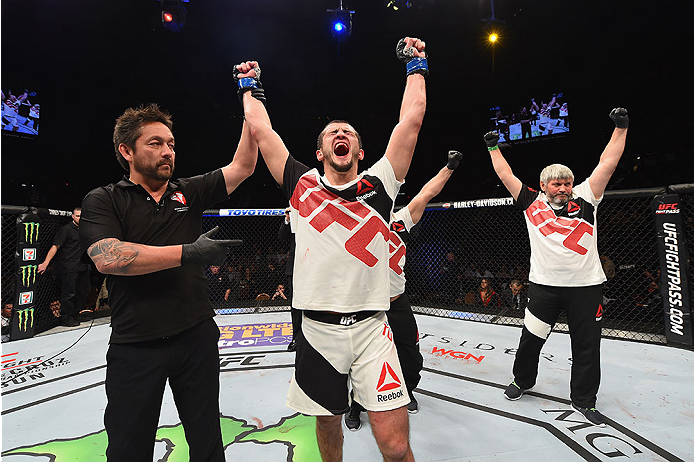 After dropping a split decision in his promotional debut, “Einstein” has rattled off five straight victories to climb into the Top 15 in the welterweight division. Achieving that feat is an accomplishment given how deep and talented the 170-pound ranks are, but the scary thing for others in the division is that at 24 years old, Tumenov still has room to improve.

A National Master of Sports in Boxing and in hand-to-hand combat, Tumenov has some of the most fluid, clean striking in the division and is happy to initiate the action inside the Octagon. While others are keen to be counter strikers and search for openings when the opposition comes forward, Tumenov comes forward and he never lets off the gas.

With a keen finishing instinct, he also showed last time out against Lorenz Larkin that he’s got the toughness and savvy to work through rough spots and find a way to win. He squares off with Gunnar Nelson in a pivotal clash for both men this weekend and if he can extend his winning streak to six, Tumenov could find himself with a Top 10 opponent next time out.

If a fighter in the heavyweight or light heavyweight division – maybe even the middleweight ranks – earned four straight UFC wins and six consecutive victories overall, there would be an intense spotlight on them as they ready to enter the Octagon again. But because Chris Wade fights in the lightweight division, the surging New Yorker is still flying under the radar heading into his clash with Rustam Khabilov in Rotterdam. 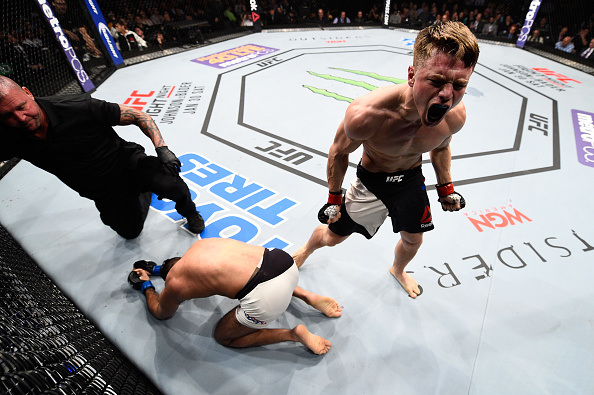 A blue-collar wrestler who flourished in the Ring of Combat promotion before getting the call to the Octagon, Wade has continued to roll since arriving on the biggest stage in the sport, bookending decision victories over Zhang Lipeng and Christos Giagos with first-round submission wins over Cain Carrizosa and Mehdi Baghdad. The Long Island MMA product gets the opportunity to make some waves this weekend with a quality matchup against Khabilov, a one-time rising star and Top-10 fighter who has fought just three times in the last two years, but enters off a victory over Norman Parke in February.

With MMA finally legalized in New York, Wade, like everyone else from the state, is focused on competing at home for the first time later this year and he’ll improve his chances of doing so with another impressive showing on Sunday.

Spending over 18 months on the sidelines is going to kill almost anyone’s momentum and that is the situation Cedenblad is facing heading into this weekend’s event at the Ahoy Rotterdam, where he takes on Garreth McLellan. 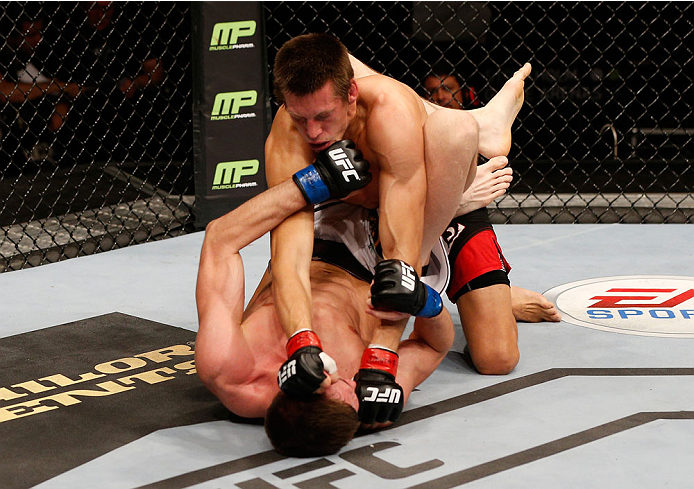 Because it has been so long, it’s easy to forget that the 34-year-old Swede is in the midst of a three-fight winning streak that includes a Performance of the Night-winning submission win over Krzysztof Jotko, who has rebounded to win three-in-a-row and start climbing the middleweight ranks himself. With an impressive victory on Sunday, the lanky middleweight can get himself right back into the conversation on the fringes of the Top 15 in the 185-pound division.

And there is room for guys like Cedenblad to move up in the division right now, as the division continues to shuffle and shift in advance of next month’s championship rematch between Luke Rockhold and Chris Weidman.