On the Rise: Denver Edition 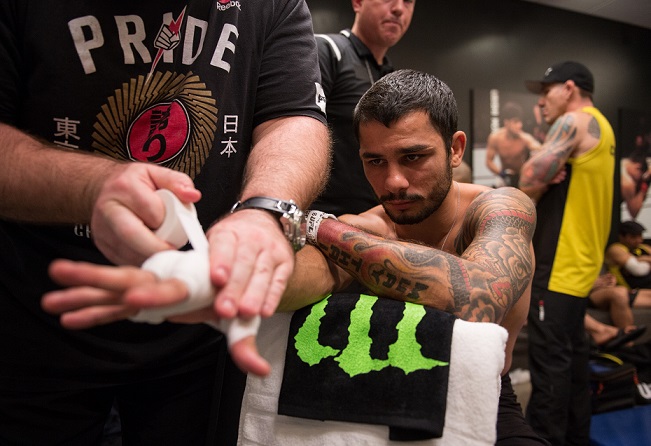 Returning to the city where it all started and rocking a poster that harkens back to those early days, this weekend’s second UFC event of 2017 lands on FOX and features an entertaining mix of matchups.

Headlined by a clash between top women’s bantamweight contenders Valentina Shevchenko and Julianna Pena and supported by On the Rise favorite Francis Ngannou and a potential firefight between Donald Cerrone and Jorge Masvidal, Saturday’s fight card in Denver has the potential to have a serious impact on a couple key divisions as the year gets underway.

As always, the show also features a handful of up-and-coming competitors that have the potential to climb the ranks and be names you should know in the not-too-distant future.

Here they are in the latest edition of On the Rise.

“The Kid” made his UFC debut in December 2015, dropping a decision to Japanese veteran Tatsuya Kawajiri in a short 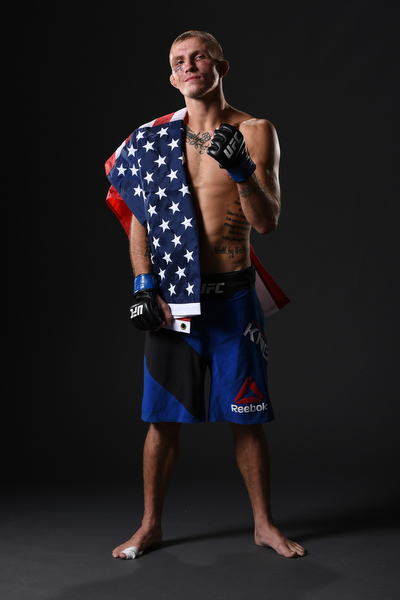 notice matchup that showed he was certainly deserving of another cup of coffee or two in the big leagues. In 2016, the 24-year-old featherweight established himself as a cult favorite, slinging hands and spitting fire in wins over Jim Alers and Dan Hooker.

A protégé of former middleweight contender Alan Belcher, Knight squares off with Alex Caceres in the opening bout on Saturday’s main card in what is easily the biggest fight of his career. Though he hails from D’Iberville, Mississippi, there is a little Stockton to the way Knight conducts himself in the cage and that swagger, coupled with his attacking style, could carry him to greater heights in 2017.

Getting through Caceres is a tough task, as the former Ultimate Fighter contestant is talented, battle-tested and trending in an upward direction, despite an August loss to Yair Rodriguez. However, if Knight can pick up a third straight win, he should get even more prime real estate to face name brand opponents going forward.

The flyweights, who square off in the UFC FIGHT PASS Featured Bout on this weekend’s 12-fight card at Pepsi Center, were contestants on Season 24 of The Ultimate Fighter – Pantoja, the Resurrection Fighting Alliance champion, entering as the top seed and first pick (second overall) of Team Cejudo, while Shelton, the Caged Aggression MMA titleholder, was the second lowest seed in the competition and landed on Team Benavidez.

Most pundits expected Pantoja to excel and the Brazilian proved them right, submitting Brandon Moreno in the Round of 16 and outworking Kai Kara France in the quarterfinals before dropping a questionable unanimous decision to Hiromasa Ogikubo in the semifinals.

Far less was expected of Shelton, but the 25-year-old quickly became the Cinderella of the season, upsetting No. 2 seed Yoni Sherbatov in the opening round and collecting a decision win over Ronaldo Candido in the quarters before running into eventual winner and title challenger Tim Elliott in the semifinals.

Now, the duo does battle for the bronze medal and to establish their position in the flyweight division to begin the year.

Pantoja hasn’t lost in more than six years, when he fell to Jussier Formiga, and defeated Moreno, who has since proven he’s a legitimate prospect with Top 10 upside. Shelton hasn’t faced the same level of competition as his Brazilian counterpart on his way to the Octagon, but as his surprising efforts during Season 24 showed, “Showtime” is not someone to be taken lightly and he has the talent to blossom into a lasting threat in the flyweight ranks.

The division, ruled by Demetrious Johnson since its inception, is always in need of fresh contenders and exciting new names, as Johnson has turned back challengers with clinical swiftness since ascending to the throne. While a victory in their shared official debut isn’t going to be enough to elevate either man to the top of the list of contenders, a strong performance could expedite things and land either Pantoja or Shelton inside the Top 15 and opposite another ranked opponent later this year.