On the Rise: Charlotte Edition 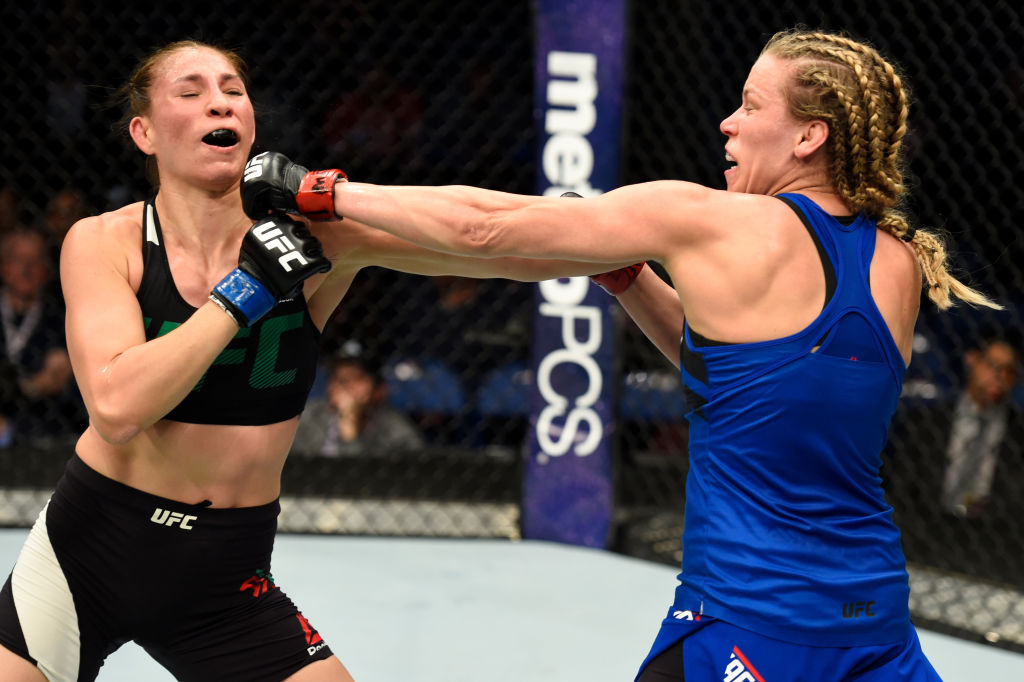 Katlyn Chookagian lands a punch on Irene Aldana in their bantamweight bout at UFC 210" align="center" />
For the first time this year, the action inside the Octagon shifts to “Big FOX” as the UFC makes its return to Charlotte, North Carolina.

The last time the UFC was in the home of “The Nature Boy,” Ric Flair, Kenny Florian welcomed Takanori Gomi to the promotion in the main event. This time around, it’s hometown favorite Derek Brunson squaring off with Ronaldo “Jacare” Souza in a battle of middleweight contenders.

What remains the same nearly eight years later, however, is that this card – like the one before it – is flush with up-and-coming fighters looking to make a name for themselves in “The Queen City.”

Here’s a look at three of those competitors.

This is On the Rise: Charlotte Edition.

A couple weeks back in St. Louis, Jessica Eye got back into the win column and used her time on the mic afterwards to discuss her difficulties fighting in the bantamweight division. There is a very good chance that Chookagian was sitting at home nodding along knowingly, as the Iron Army representative made a similar move up in weight to chase her UFC dreams, but now gets the chance to compete in her natural weight class with the introduction of the flyweight division.

While the 29-year-old was able to go 2-1 in her trio of Octagon appearances at bantamweight, Chookagian was a perfect 6-0 on the regional circuit fighting at 125 pounds before that, collecting wins over the likes of Brigitte Narcisse, Melinda Fabian and Sijara Eubanks. This weekend, she gets the opportunity to make an instant statement in her new old division by sharing the cage with Mara Romero Borella.

The Italian standout debuted with a first-round submission win over Kalindra Faria late last year to stake an early claim to a place in the rankings, but if Chookagian can build off the success she had last time out against Irene Aldana and tap into the aggressive style that made her one to watch on the regional circuit, she should be able to kick off her return to flyweight with a victory.

Another female fighter surely happy to see the flyweight ranks finally open up, Kish also collected a pair of victories in three trips into the Octagon after being introduced to the UFC audience on Season 20 of The Ultimate Fighter. But she missed weight for the middle of her three appearances and hitting the 115-pound mark was always a struggle; one she doesn’t have to worry about any longer. 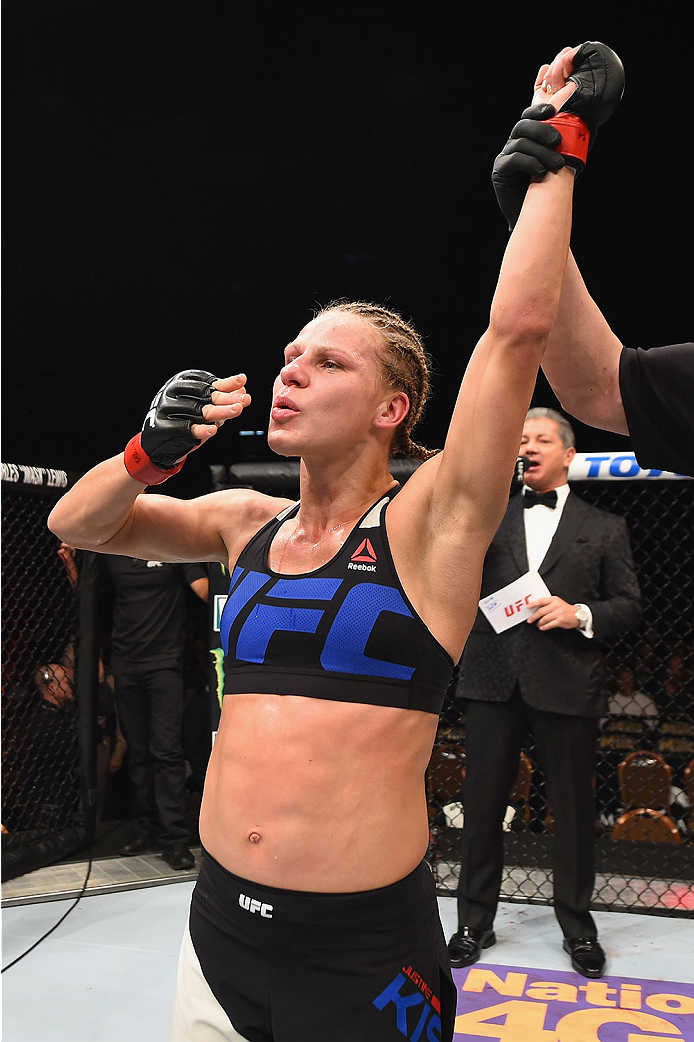 Nina Ansaroff during their bout at UFC 195" align="left" />Looking to rebound from her unanimous decision loss to Felice Herrig last summer, Kish steps in with South Korea’s Ji Yeon Kim this weekend after the 28-year-old suffered her first professional loss in her promotional debut in Singapore.

A Muay Thai stylist who likes to push the pace and has shown good scrambling abilities on the ground, it will be interesting to see how much Kish looks in her new division. Given the moderate success she enjoyed at bantamweight, it wouldn’t be surprising to see the North Carolina-based southpaw turn in her most impressive performance to date and stamp herself as someone to watch in the UFC’s newest weight class going forward.

You know the lightweight division is crazy-deep and ultra-talented when a 28-year-old with three wins in the UFC – including a brutal 34-second knockout – currently resides completely off the radar.

Odd as it sounds, that’s the situation for Silva heading into his fourth Octagon appearance against Vinc Pichel this weekend.

A semifinalist on Season 4 of The Ultimate Fighter: Brazil, Silva bested fellow contestant Nazareno Malegarie in his promotional debut before starching Andrew Holbrook during International Fight Week in 2016. After nearly a year away, he returned to action last May, collecting a split decision victory over Swedish veteran Reza Madadi to push his winning streak to double digits.

Boasting a solid submission game to accompany his quick and powerful hands, Silva has the potential to be a factor in the lightweight division, but the road to title contention is long. Pichel is the kind of dangerous veteran that makes for a solid litmus test for Silva at this stage of his career, and if he can keep his unbeaten UFC record intact through the weekend, another step up in competition should follow.