On the Rise: Belfast Edition

Still buzzing from UFC 205? Still marveling at the string of terrific performances, one after another after another, capped by Conor McGregor’s seemingly effortless victory over Eddie Alvarez to become the first fighter to hold two UFC belts at the same time?

Well, allow that wave of excitement and left over adrenaline to carry you to the weekend, because while last Saturday was about the biggest event in the company’s history, this coming Saturday delivers the UFC version of a day-night doubleheader, with two events and 25 bouts featuring a number of established contenders, intriguing matchups and promising emerging talents.

The action starts in Belfast, Northern Ireland, where two newcomers will look to make an instant impression in their new surroundings, while a charismatic upstart aims to keep his hot streak rolling. 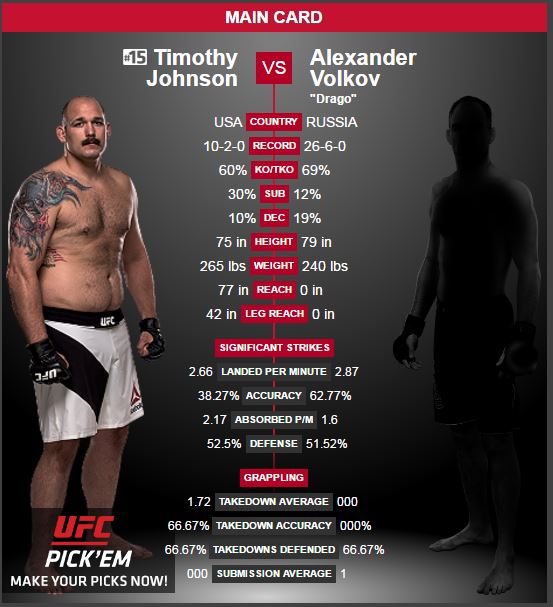 Young, promising heavyweights are hard to find, which makes Volkov’s arrival in the UFC a welcomed and exciting moment.

Having just turned 28, he’s just a pup compared to many of the established names in the division, but the towering Russian is far from a neophyte when it comes to competition. Volkov’s matchup with Timothy Johnson on Saturday will be the 34th bout of his professional career, a seven-plus-year journey that includes title reigns in both Bellator and M-1 and victories over the likes of Ricco Rodriguez, Brett Rogers and Attila Vegh.

“Drago” is a finisher, with 21 of his 27 victories coming by way of stoppage, including each of his two wins earlier this year. Johnson is a solid litmus test for the new arrival, brandishing a suffocating wrestling game (and glorious mustache) that has turned debuts into nightmares in the past, but if Volkov can get by the American in his opening Octagon appearance, the division will have an under-30 name to track heading into 2017.

While his grandiose personality and flamboyant style are what initially garnered Ishihara attention, the young upstart has started opening eyes with his performances in the Octagon as well.

After battling veteran Mizuto Hirota to a draw in his UFC debut, the 25-year-old Japanese featherweight has earned back-to-back impressive knockout wins, starching Julian Erosa in the second round at UFC 196 and improving on that effort with a first-round finish of Horacio Gutierrez five months later in Salt Lake City. 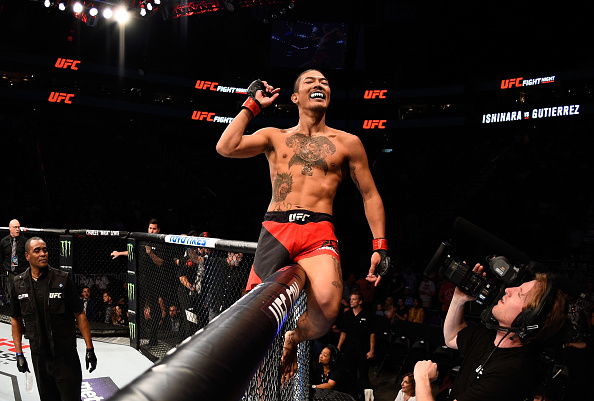 “Yashabo” is undeniably a character and plays to the cameras, but his talent is becoming evident as well. He’s continued to do some of the preparation for his fights with the crew at Team Alpha Male and his power is truly something to contend with in the featherweight ranks. The lovable rogue has quickly become a fan favorite, and if he keeps stacking up stoppage wins, he’ll become a contender as well.
RELATED: Fighter bios - Volkov | Ishihara | Marshman

A long-time fixture on the UK regional scene, Marshman makes his UFC debut this weekend opposite Magnus Cedenblad, looking to extend his current winning streak to seven.

The first Welshman signed by the organization, the 26-year-old British paramilitary officer raced out of the gate with 10 consecutive victories to begin his professional career before hitting a two-year, nine-fight inconsistent skid that saw him go 4-5, incurring losses to familiar names like Tom Watson, Xavier Foupa-Pokam and Scott Askham. But the Tillery Combat Academy product snapped out of his funk two summers back and hasn’t lost since, earning a call up to the biggest stage in the sport after capturing the Cage Warriors middleweight title back in July.

Cedenblad has rattled off four straight victories (spread out over three years) after losing his promotional debut, so “The Hammer” is in tough here, but a win over the Swedish veteran will instantly show that Marshman belongs at this level and is someone to keep an eye on next year.