On the Rise: Belem Edition

The first month of the UFC’s 2018 campaign is already in the books, but there is no slowing down as the action moves outside of the United States for the first time this year with Saturday’s Fight Night: Machida vs. Anders event in Belem, Brazil.

Headlined by a middleweight clash between former title challenger (and light heavyweight champion) Lyoto “The Dragon” Machida and surging newcomer Eryk Anders, with bantamweights John Dodson and Pedro Munhoz holding down the co-main event, this weekend’s fight card is another example of an event with plenty of familiar names and a handful of upstarts looking to steal the show.

Here is a look at three of those neophytes hoping to make a name for themselves on Saturday.

This is On the Rise: Belem Edition. 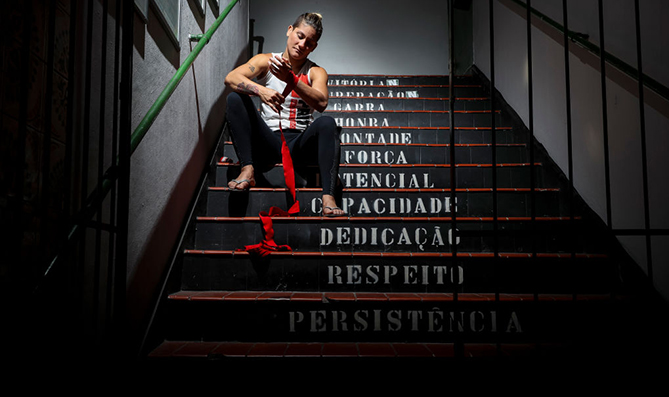 Cachoeira has a chance to make serious waves in her promotional debut as she squares off with former bantamweight title challenger Valentina Shevchenko in a flyweight contest that occupies the middle of this weekend’s main card.

The Parana Vale Tudo representative has taken the fast lane to the UFC after traveling a circuitous route to training in mixed martial arts. Adolescent dreams of playing volleyball gave way to drug abuse as her personal life spiraled out of control, but Cachoeira eventually began training in Muay Thai. Now two years and eight victories later, she’s competing on the biggest stage in the sport.

Like her teammate Jessica Andrade, “Pedrita” is an aggressive fighter who is equally as concerned with putting on a tremendous show for the fans as she is getting her hand raised, but if she can do both this weekend, she’ll instantly insert herself in the title conversation in the UFC’s newest division. 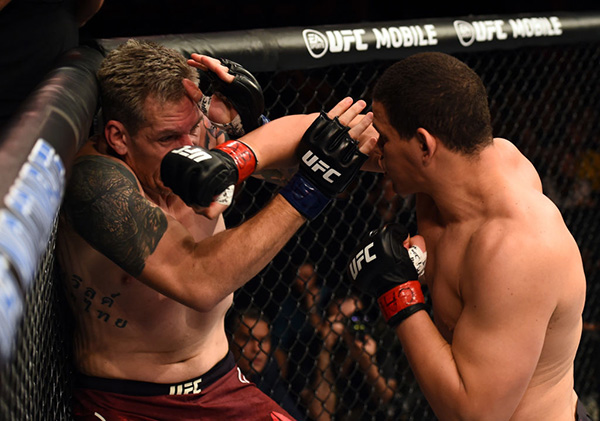 Back in October, Golm made an instant impact in his first trip into the Octagon, quickly dispatching Christian Colombo to earn a victory in his debut and push his record to 6-0 in the process. It was a sudden, smothering effort that established the 25-year-old Brazilian as a name to remember in the heavyweight ranks and now he gets the chance to move up the divisional ladder by taking on veteran stalwart Tim Johnson on Saturday.

Five first-round stoppage wins carried Golm to the Octagon and he kept that streak alive opposite Colombo, but doing so against Johnson will be a much more difficult task. The North Dakota native is a durable wrestler who knows how to use his size to wear on the opposition.

That being said, Golm looked lights out in his debut, showcasing quick, accurate hands and keen finishing instincts against Colombo, and if he can turn in a comparable effort against Johnson, the heavyweight division will have a fresh, young upstart to pay close attention to as 2018 rolls on. 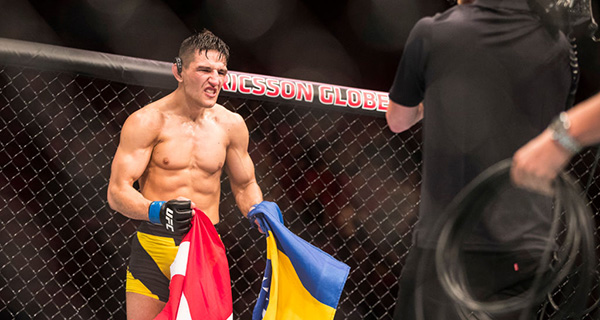 After spending more than a year on the sidelines following a loss in his promotional debut, Hadzovic returned to action last May and collected one of the best knockouts of the year. Following two rounds of back-and-forth action against Marcin Held, Hadzovic planted his knee on the Polish lightweight’s temple as he dove in for a leg to open the final stanza, knocking him out cold and earning himself a Performance of the Night bonus in the process.

A pro since 2011, Hadzovic has only been to the scorecards four times in his career and only twice out of 11 career victories. He’s won seven of his last eight appearances and all three of his professional setbacks have come against current or former UFC fighters.

Now the 31-year-old makes his first trip across the Atlantic to fight in the Western Hemisphere in a showdown with Brazilian veteran Alan Patrick that should produce fireworks. He said following his win over Held that he’s “here for the honor and glory, not for the belt” and Patrick should be a willing dance partner in that regard.

If Hadzovic continues putting up highlight reel finishes like his last effort against Held, he’ll earn the adoration of the fans and respect from his peers that he’s seeking and he just might end up finding himself working his way up the lightweight ranks too.