On The Rise: Argentina Edition

Take a look at three fighters on the rise heading into this weekend's event in Buenos Aires, Argentina.
By E. Spencer Kyte • Nov. 12, 2018

I don’t know about you, but I’m still buzzing from the way Saturday night’s 25th Anniversary show in Denver ended.

I mean, how could you not be?

After an outstanding first-round submission win by Donald Cerrone in the co-main event, Yair Rodriguez and Chan Sung Jung go out there and go toe-to-toe for 24 minutes and 59 seconds until Rodriguez ends things with one of the most ridiculous (in a good way) finishes I’ve ever seen in all my years watching fights… and I’ve watched a lot of fights.

This week, the action shifts to Argentina for the first time in UFC history as the Octagon lands at Luna Park in Buenos Aires for a 12-fight card headlined by Neil Magny venturing into hostile territory to take on hometown hero Santiago Ponzinibbio.

Much like this past Saturday’s event in “The Mile High City,” this upcoming show is flush with newcomers and emerging talents looking to use their bouts this weekend as an opportunity to make an impact in their division and introduce themselves to a wider audience.

Here’s a look at three of the best neophytes set to compete inside the UFC cage this weekend.

This is On the Rise: Buenos Aires Edition. 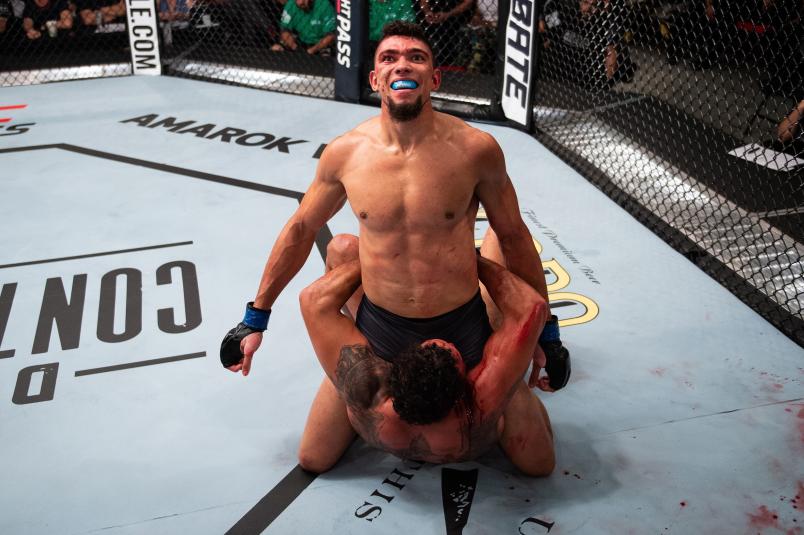 When you see the name Johnny Walker on the fight card, your first thought is probably to make a Scotch joke, but if you had to picture the athlete in your head, chances are you’re not envisioning a six-foot-five Brazilian, are you?

Having spent time fighting at both heavyweight and light heavyweight, the 26-year-old newcomer is pulling a “reverse Darren Till” in his organization debut, as he was born in Rio de Janeiro, but currently fights out of Southampton, England, the inverse of the welterweight contender, who was raised in Liverpool, but was still based in Brazil when he stepped into the Octagon for the first time.

Another graduate of the Contender Series, Walker earned his opportunity to compete on the biggest stage in the sport by collecting a unanimous decision win over six-fight UFC veteran Henrique da Silva this summer on the all-Brazilian edition of the organization’s in-house talent search series. The victory extended his winning streak to six overall and landed Walker a chance to make an instant impression in a main card showdown with former TUF finalist Khalil Rountree Jr. this weekend in Argentina.

The 28-year-old Las Vegas resident Rountree has rebounded from an 0-2 start to his UFC career by going unbeaten in his last four fights, and he enters Saturday’s contest off a dramatic 96-second knockout victory over kickboxing legend Gokhan Saki.

If Walker can saunter into the Octagon and turn back Rountree right out of the gate, he’ll establish himself as one to watch in the always in flux light heavyweight division heading into the new year.

Stepping up on short notice to replace Tom Breese, the 30-year-old Heinisch gets a chance to score a quality win in his promotional debut with a marquee matchup against Cezar “Mutante” Ferreira on Saturday. 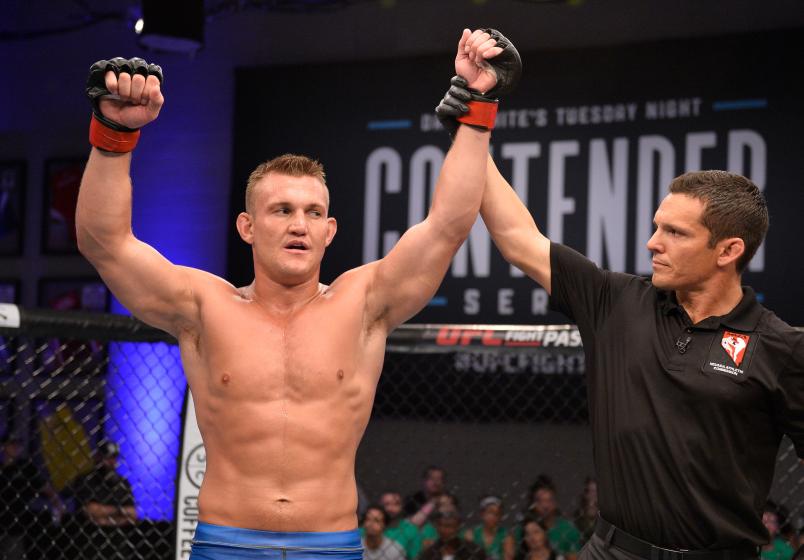 Like Walker, Heinisch impressed on the Contender Series, registering an impressive first-round stoppage win over Justin Sumter that extended his winning streak to three and pushed his record to 11-1 overall.

One of four former LFA middleweight titleholders currently on the UFC roster, Heinisch is also part of the crew from Factory X that has been on an absolute roll as of late inside the Octagon, so while he’s making the trip to Argentina — and his first walk into the UFC cage — on short notice, he has been in the gym helping myriad high-level teammates get ready for their bouts and should be ready to go on Saturday night.

“Mutante” has been on a nice roll since his one-off adventure down to welterweight, registering five wins in his last six appearances, including a unanimous decision victory over Heinisch’s teammate Anthony Smith and a first-round submission win over Karl Roberson last time out.

The middleweight division is currently undergoing some changes and a win over an established competitor like Ferreira would be a great way for “The Hurricane” to toss his hat into the ring for some even bigger opportunities down the line.

Botelho has quietly started her UFC tenure with consecutive victories, putting her in a position to welcome Cynthia Calvillo back to the Octagon this weekend in Buenos Aires, but the thing is, there was nothing quiet or unassuming about her last win.

Back in May, the 29-year-old Brazilian blasted Syuri Kondo with a nasty left body kick that forced Kondo to double over in pain and collapse to the floor. A series of punishing right hands followed and the brought the fight to a halt.

All of this took place in the span of 33 seconds.

It was an emphatic follow-up to her unanimous decision win over Pearl Gonzalez in her debut at UFC 216 last October and extended the Nova Uniao product’s winning streak to five.

This weekend, she squares off with Calvillo, who made waves in 2017 by rattling off three wins in 20 weeks in the UFC and six victories in her first 12 months as a pro to score a fight with former strawweight champion Carla Esparza at UFC 219 in December. The Team Alpha Male representative landed on the wrong side of a unanimous decision result that night and has been out ever since, but she remains a Top 10-caliber competitor and the biggest test of Botelho’s career.

A win over Calvillo would vault the unheralded Brazilian into the rankings and put her in a position to face more established competition once things get underway in 2019.