On the Rise: Adelaide Edition

The second of this week’s tandem fight cards marks the return of the UFC to Adelaide, Australia where, for the second time in three events, a crucial heavyweight contest will close out the night.

Saturday in Beijing, Francis Ngannou announced his return to contention with a spectacular, quick finish of Curtis Blaydes before mentioning that Junior Dos Santos owes him a fight. While the duo was scheduled to compete last year and never managed to lock horns, “Cigano” has his hands full this weekend in a showdown with surging Australian Tai Tuivasa, who is looking to secure the biggest win of his career, his third victory in 2018 and his eleventh consecutive triumph to start his career in his first main event assignment in the UFC.

Long before the big boys hit the stage to continue shaking out the standings in the heavyweight division, a trio of newcomers with ties to UFC competitions will make their first official journeys into the famed Octagon. All three are brimming with potential, but will that translate now that they’re competing on the biggest stage in the sport?

Here’s a look at the newcomers.

This is On the Rise: Adelaide Edition. 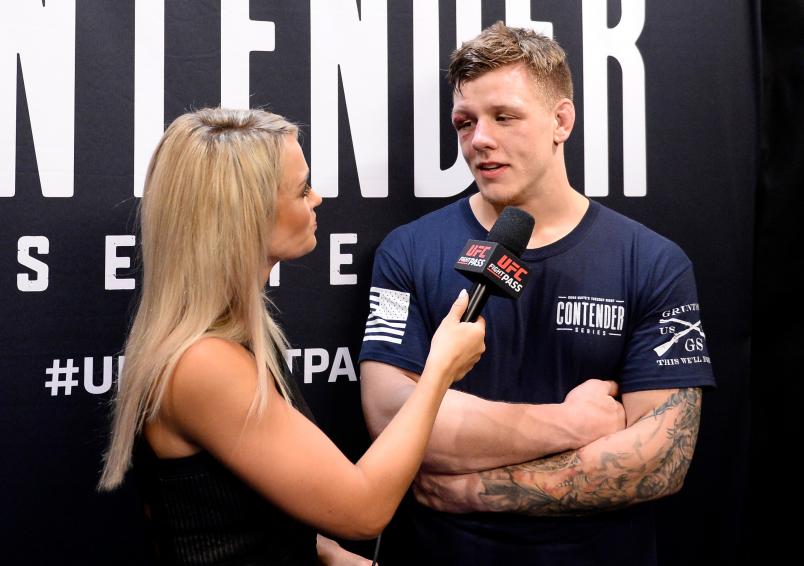 The light heavyweight division is always in need of fresh talent and when Crute showed his toughness and power by doing away with former heavyweight Chris Birchler in less than five minutes this summer on the Contender Series, it was pretty clear that a UFC contract was in his future.

Now four months removed from that performance, Crute is poised to make his promotional debut in a tricky stylistic matchup against Scottish submission ace Paul Craig. Last time out, the bearded member of the Scottish Hit Squad snatched victory from the jaws of defeat, connecting on a tight triangle choke and drawing out a tap from Magomed Ankalaev with one second remaining in the contest.

A lifelong martial artist with a brawling style, talented newcomer Crute earned high praise from Dana White for his performance on the Contender Series and has a chance to make an immediate impact in his new surroundings by taking out Craig on Saturday. While clearly a step up in competition from the opposition he’s been facing on the Australian regional circuit, the 22-year-old Crute turned pro at 19 and has yet to taste defeat, rattling off eight straight victories heading into this weekend. 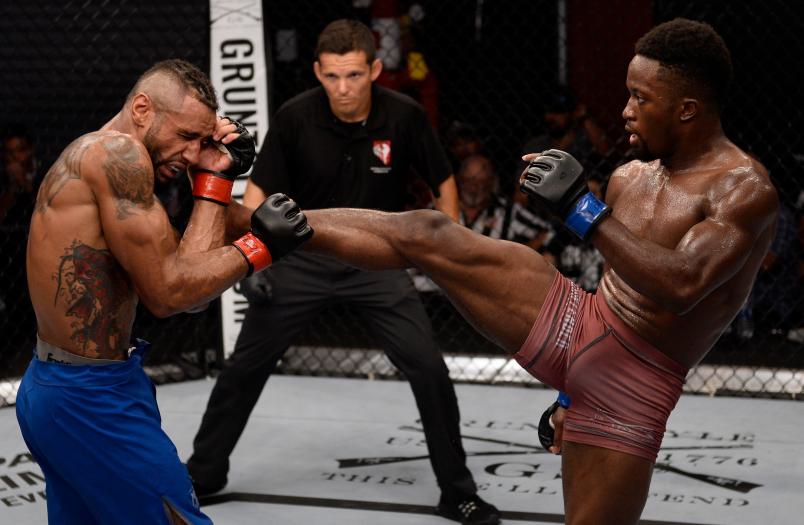 “Super Sodiq” had one of the most impressive performances of the summer on Season 2 of the Contender Series, entering his fight against Mike Davis as the underdog, but quickly proving to be the better man by showcasing his lightning quick and diverse striking arsenal on the same night that Crute earned his UFC contract.

Now ready to make the walk to the Octagon for the first time, the 25-year-old featherweight puts his tidy two-fight winning streak on the line in a showdown with unbeaten Australian Suman Mokhtarian this weekend.

Yusuff faced solid competition in some of the top regional promotions in North America on his way to arriving in the UFC, as well as collecting a first-round knockout win over SBG Ireland prospect Dylan Tuke under the Brave FC banner prior to his Contender Series triumph this summer.

Born in Nigeria, the newcomer is looking to add his name to the list of fighters representing the West African nation making waves in the Octagon by venturing to the other side of the globe in pursuit of his first UFC win.

If he fights like he did this summer in Las Vegas, Yusuff has the potential to not only make his trip to Australia a productive one, but he just might come home with a little extra cash in his pocket thanks to a post-fight bonus as well. 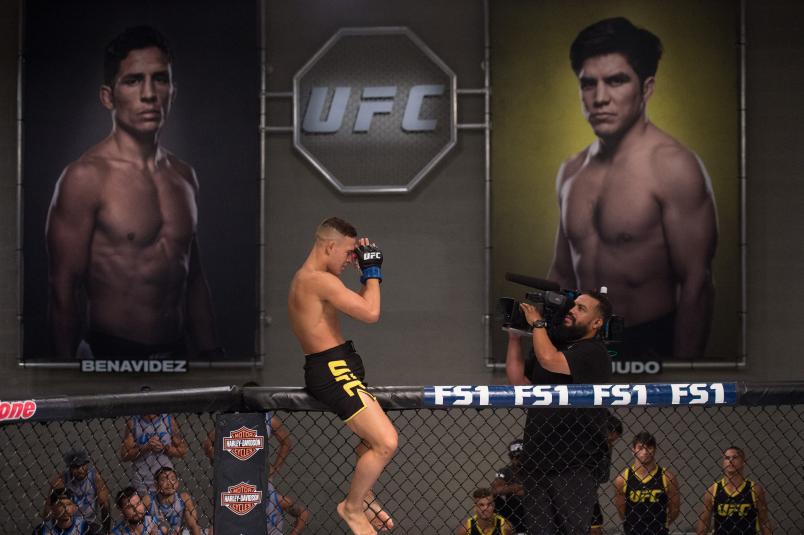 A competitor on Season 24 of The Ultimate Fighter, Kara-France lost his quarterfinal bout to surging Brazilian Alexandre Pantoja and returned to the regional circuit without the opportunity to step into the Octagon. After suffering a unanimous decision loss in his first bout following his time on TUF, the City Kickboxing representative has really hit his stride over the last two years, just like several of his teammates.

The 25-year-old has rattled off five consecutive victories to earn a call up to the big leagues this weekend, where he will square off with Roufusport prospect — and Lookin’ for a Fight alum — Elias Garcia, who landed on the wrong side of the result in his UFC debut earlier this year.

Kara-France has a wealth of experience under his belt and is just now entering his athletic prime. Additionally, training alongside the white-hot talents like Israel Adesanya, Dan Hooker and Alexander Volkanovski is likely to elevate his intensity and sharpen his skills, ensuring that he’s making his maiden voyage into the UFC cage as prepared and focused as possible.

A win this weekend would be a good way for Kara-France to re-introduce himself to the UFC audience and set himself up for greater opportunities next year.