Riki Fukuda - Just Getting Warmed Up

"I feel I am improving my fighting ability compared to the last fight and I can’t wait for this fight." - Riki Fukuda 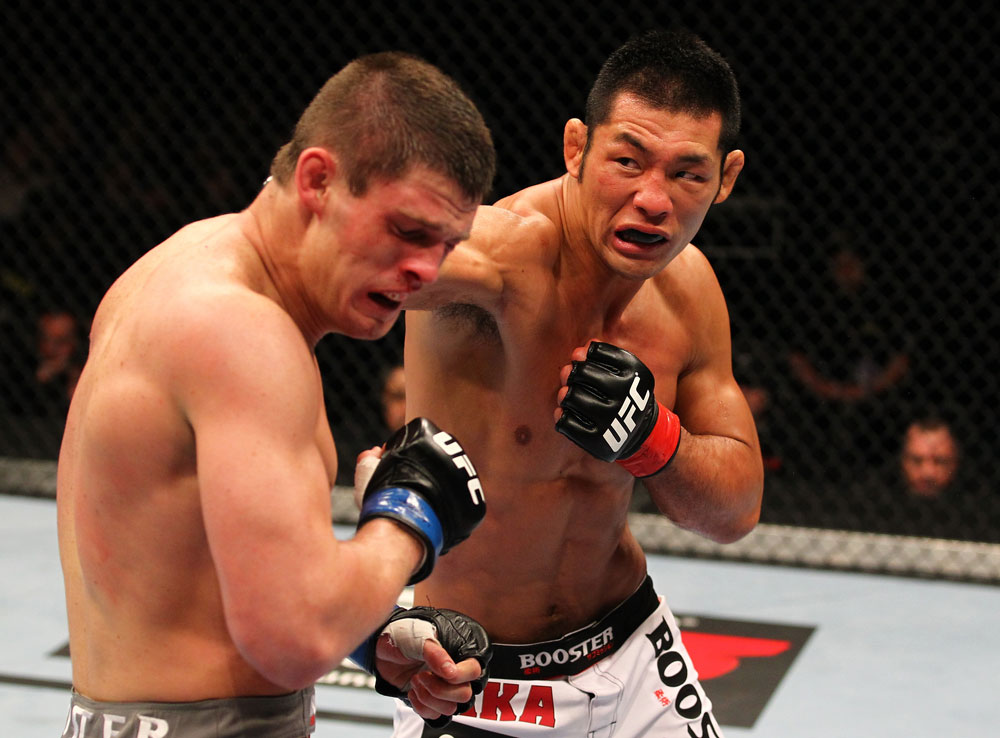 You might have thought that having a fight in Asia on November 10 would have been the perfect opportunity for UFC middleweight Riki Fukuda to stay local in Japan, keep things simple, and avoid the usual headaches and hassles associated with long trips like the ones he’s taken to Australia and the United States for UFC bouts.

You would have thought wrong, as the Tokyo resident instead decided to spend his entire training camp for Saturday’s bout with Tom DeBlass in northern California with a team he has worked with for over five years: the American Kickboxing Academy (AKA) squad.

“AKA is the best practice environment, and it has best training partners and coaches for me,” said Fukuda through translator / manager Fumihiko Ishii.  “It is our responsibility to make our best effort to prepare for the fight since we are fighting in the world's premier MMA promotion, the UFC.”

So why was it the right time for Fukuda to make his entire camp in the United States, especially when the DeBlass fight is such an important one for him after a 1-2 start in his UFC career? Wouldn’t it have been easier to train at home? Not the way he sees it.

“We may end up having to spend more time moving around and hopping from gym to gym rather than actual training due to the spacing (between gyms) and to get the right training partners in Japan. It is also hard to face heavy traffic jams and crowded trains in Tokyo. I would use a lot of time and strength to do so,” said Fukuda of training in Japan. “At AKA, You can concentrate in one place, and there is always enough space, coaches, and training partners around. And I am also able to practice with a variety of different fighters that are my size.”

It’s an almost perfect situation for the 31-year-old Fukuda, a veteran of over eight years in the pro game who knows that if he’s going to make a move on the elite of the 185-pound weight class, the time is now. That means making some sacrifices, like being away from family and friends, but in the process, he’s picked up a new family of sorts among the member of the AKA team.

“Sometimes it helps me to focus without having the distractions (of being at home), but I feel lonely to live away from my family and friends,” said Fukuda. “However, I have to do it in order to show better performances and to be a good fighter.  I am currently living in Jon Fitch’s house, and getting great help from him, his wife and all of my AKA teammates, which I really appreciate.”

Three fights into his UFC career, Fukuda is in an interesting place heading into bout number four. His first loss to Nick Ring at UFC 127 was widely panned for being one of the worst decisions of 2011. His second fight was an extremely impressive three round thrashing of Steve Cantwell at UFC 114 in February, and in losing a decision to Costa Philippou in July, Fukuda just never seemed to get in gear. So while that 1-2 could easily be 2-1, the bottom line is that a win would certainly be nicer than another close loss.

“There is no unusual pressure and no difference than anything I’ve experienced in my past,” he said. “I feel I am improving my fighting ability compared to the last fight and
I can’t wait for this fight.”

It should be a good one, with New Jersey standout DeBlass making his middleweight debut against the equally aggressive Fukuda. Leading up to the fight it’s been the usual story when it comes to Fukuda, as all his opponents have a healthy respect for the soft-spoken veteran.

“I am very honored that DeBlass has evaluated my hard work,” said Fukuda. “I respect him too.  Physically, he’s very strong since he cut down to 185 pounds from 205. He has a great ground game, he’s a jiu-jitsu black belt under Ricardo Almeida, and has held the light heavyweight and heavyweight titles of Ring of Combat. No question about it, he is a strong fighter with an impressive resume.”

Sounds like Fukuda has evaluated DeBlass’ hard work as well, a necessary course of action if he expects to get back in the win column, and that’s the most important thing on his mind these days. As for the future, he wants fight fans to know that they haven’t seen the best of him yet.

“I regret and admit that I am ranked lower in the UFC middleweight class today,” he said.
“However, I am confident that I will become a UFC Champion in few years. First, I want to make sure to win the fight in UFC Macao, and I want to make sure that 2013 is the biggest year of my career.”