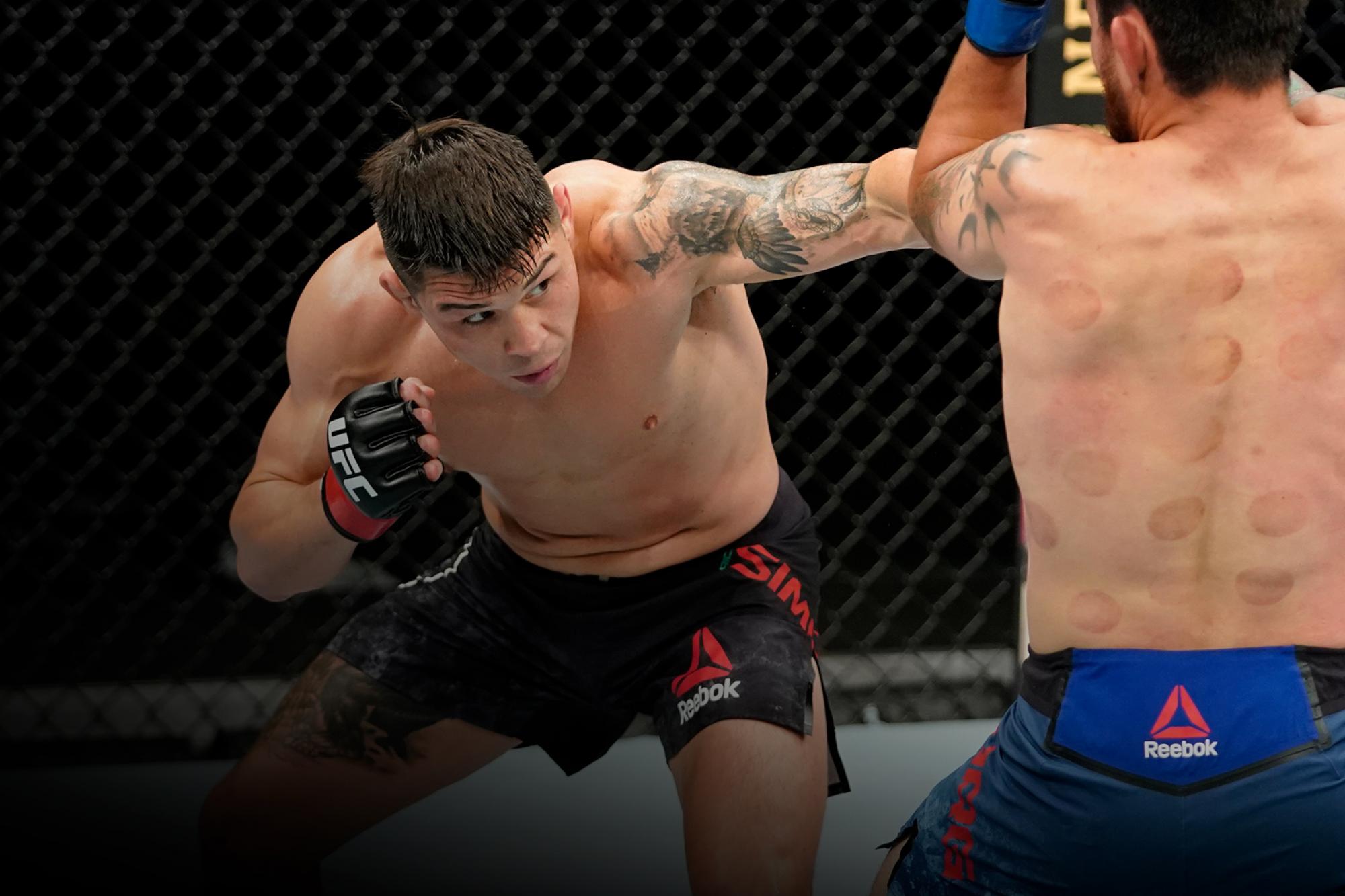 Ricky Simon Is Unlocking His Abilities

A split decision win in Jacksonville ended Ricky Simon's losing skid, and the 27-year-old wants to get right back to business.
By Thomas Gerbasi, on Twitter @tgerbasi • May. 19, 2020

If Ricky Simon was a superstitious man, he might say that after scoring a win over Ray Borg last week without his trademark mullet, it may never make an appearance again.

“Hell no,” laughs Simon, who used his post-fight interview in Jacksonvile to say it was Mrs. Simon who forced the best hair in the UFC to get clipped. “I just gotta do a little convincing and maybe I'll get my wife back on board to give the people what they want and grow that mullet back out.”

But then, the truth comes out.

“Honestly, it was my coaches and my management that were telling me that my mullet was whipping around too much when I was getting hit and it made it look worse than it was, so cut it for now and see how it goes,” he said.

I guess tying it up or to his head wouldn’t do?

“That's the whole appeal of having a mullet - to let it flow and let it fly out there,” Simon explains.

This is the Ricky Simon we missed in the lead-up to UFC Jacksonville, as he went underground to focus solely on snapping a two-fight losing skid and nothing else. No media, no distractions, nothing to take him out of his single-minded approach to winning that fight with Borg.

“I've never been on a two-fight skid like that and I just knew the questions were gonna be like, 'Coming off of two losses...'” he said. “And I felt so strong mentally and I knew I was doing the right things. I just needed to focus on training and have my confidence in what I'm doing and I just didn't want to have to keep answering, 'Oh, well this is why I'm losing.' Yeah, the pressure's there, but I just wanted to stay mentally strong and make it to the fight and do what I do.”

One might say Simon was being too hard on himself, especially since he got caught cold and stopped by UFC Hall of Famer Urijah Faber last July, then lost a Fight of the Night decision to Rob Font in December. Not the worst two-fight losing streak you’ve ever seen, but Simon went through it knowing he was not that guy to accept those defeats.

“That's exactly how I felt,” he said. “I know losses are inevitable, especially in this sport where there are so many variables. But it just irks me to my core. Even just thinking about them, I want them back. And I want to put myself in a position to get them back. I just want to get better and keep improving and I think adding coach Colin Oyama to the camp over the last little bit and having him help fine-tune some things in my overall MMA approach was important. And there’s my coach Fabiano Scherner reassuring me that I'm doing everything that I can, and his confidence in me keeps me mentally strong.” 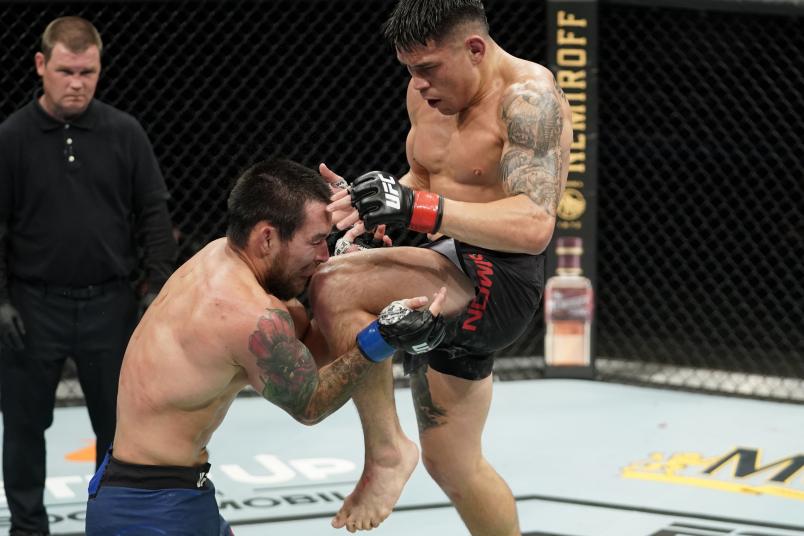 Confident was the word to describe Simon on fight night, as it looked like there was no place in the world he would have rather been than in the Octagon as he pounded out a split decision victory.

“That's usually my approach and I feel like the looser I am, the better I do,” he said. “It's just so nerve-wracking when you're going in there and I feel like sometimes I tense up and then I do worse and then I'm harder on myself. I just gotta tell myself to stay loose and I think that's the key for me because everything's there; I just gotta be able to unlock my abilities, and how I'm gonna do that is by being a little more comfortable and a little more loose.”

With the win, the 27-year-old from Vancouver improved to 16-3 as a pro, and yes, two days after the fight, he sounded like the happiest guy on the planet.

Perhaps more important than the win was who he beat to get it. Borg is a name in the 135 and 125-pound weight classes, and while the Albuquerque native didn’t get his hand raised, he looked as sharp as he ever has in Florida last week.

“I definitely appreciate this win because Ray fought Demetrious Johnson for a world title,” said Simon. “And I'm not one of those guys who just wants to coast and get easy fights. All my fights have been tough fights and I'm constantly improving and I'm definitely sitting back and appreciating it, but this morning (last Friday), the first thing I did when I woke up was go on a four-mile run and I'm trying to figure out when I can get back to the gym.”

Simon was given the green light to return to work on Monday, and having enjoyed his return to the winning side of the ledger, now it’s time to think about the next one.