Ricky Simon Is Exactly Where He Wants To Be

Turning Around To Fight Twice In Three Weeks Is Exactly What Ricky Simon Wants At UFC 258
By Thomas Gerbasi, on Twitter @tgerbasi • Feb. 10, 2021

For nearly five months, the bout between Ricky Simon and Brian Kelleher has turned into the buddy cop movie we never knew we needed, as the two have had some good-natured sparring over social media as they await what they hope will actually be a fight this Saturday in Las Vegas.

“I'm confident this time,” laughed Simon, who has seen two previous bouts with New York’s “Boom” fall by the wayside. “The third time's the charm, right? We've been talking for so long now, I feel like we owe it to each other to go out there and try to beat the crap out of each other.”

And while the intensity between the two will likely be turned up to 11 on fight night at the UFC APEX, that’s all about competition, not bad blood. 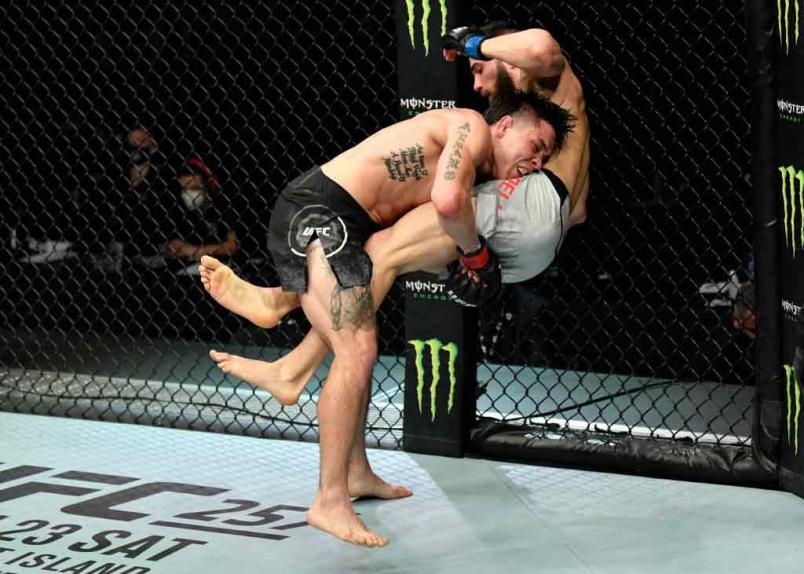 “He is pretty funny to me,” said Simon of Kelleher. “He's always been a little bit of a personality on Twitter, and I started joking around with him. I feel like I've been kinda mean in a couple of my jokes (Laughs), but I feel like he knows it's all in good spirit. He's done a good job of promoting the fight too because a lot of people have been interacting with us and the fans seem to like it too.”

They should, and that has everything to do with what the two bantamweights bring to the table in what will be a featherweight bout on the UFC 258 card. Kelleher has won three of his last four, finishing all three of those wins, and Simon is on a two-fight winning streak, having just come off a January 20 win over Gaetano Pirrello on Fight Island.

That trip to Abu Dhabi was supposed to culminate with Simon facing Kelleher, but instead, he battled the newcomer from Belgium and looked good in submitting him in the second round. As soon as the fight was over, his request to face Kelleher as soon as possible was granted. 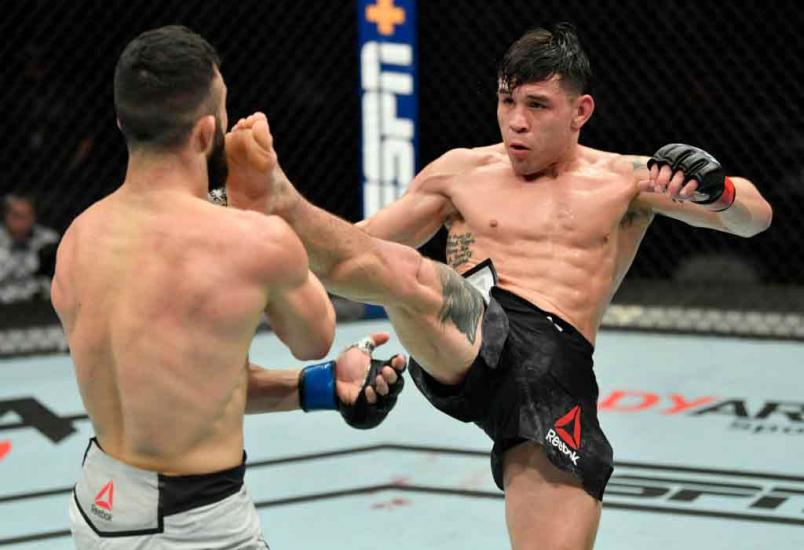 “I asked my manager (Jason House) before the fight, ‘If I go out there and I can put this guy away quick, how soon do you think I can fight Brian?’ He said he’ll get on it right away and then I barely got to the back room after I walked out of the cage and they're like, ‘Three weeks.’ Okay, let's do it.”

For most, traveling halfway around the world and going through two quarantines and a weight cut before getting into a fistfight with an opponent trained to beat you would be the recipe for a nice long post-fight vacation. But fighters aren’t usually built that way, and Simon is definitely on the list of those who say “Anytime, anywhere,” and mean it.

That’s not an easy thing to do, especially when a lot of the battle is just getting to the fight. That means grueling training sessions, dieting, hoping to avoid injury, and that’s before stepping into the Octagon with 15 or 25 minutes to get it all right. Simon knows about all of the above, but the 28-year-old doesn’t give and of it a second thought. 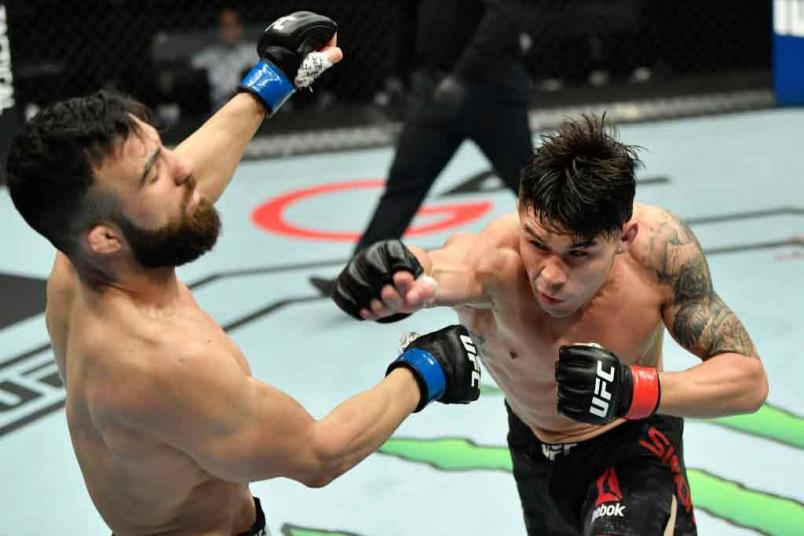 “The toughest part, and you listed a lot of them, is the weight cut,” he said. “And sometimes you make it to the fight and you're beat to s**t trying to get to the fight, just so you can go out there and you have to be on. It's a lot, but I love it. I'm smiling in the back, warming up. You hit some waves of nerves but overall, I'm smiling. I'm smiling on the walk out, and I can't believe I get paid to go fight somebody. I would do it way more often if I didn't have to cut weight.”

He laughs, but he means it. And after just one fight in 2020, he’s hoping that getting his second fight of 2021 in this weekend is a good sign that he’s going to get what he wants, even with the weight cuts and the nerves.

“Sometimes you forget how nerve-wracking it could be,” Simon said. “You get in there three to five times a year, and you feel pretty good, but longer layoffs, the nerves definitely come back a little bit.”

Then the Octagon door shuts, and all is well in the world of Ricky Simon because there’s no place he would rather be.

“I think it's just because for that three to five rounds, I don't have to pretend I'm not crazy,” he laughs. “I get to be myself. I love it.”