Kicking Off A Stint In The Lightweight Division, "The Gladiator" Is Happy To Be Back
By Thomas Gerbasi, on Twitter: @TGerbasi • Jun. 17, 2021

It may just be a coincidence, but two months after Ricky Glenn and his wife Jenny welcomed their son Jaxson into the world in February, “The Gladiator” posted a side-by-side shot with Joaquim Silva, announcing their fight, which takes place this Saturday.

Now I don’t want to read too much into it, but maybe when Jaxson looks back one day, he’ll get to see what his old man looked like with abs.

Now he’s just showing off. But fatherhood has been a good thing for the 32-year-old, who has had some time to get used to this new chapter of his life while preparing for his return to the Octagon. 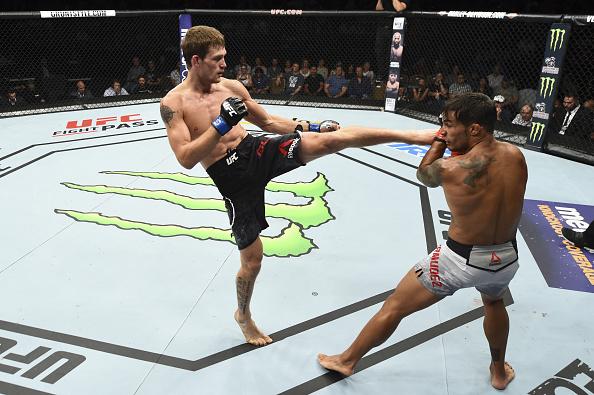 “It's pretty cool,” said Glenn. “He just started sleeping through the night and we got him on a good routine and tightened our circle up a little bit. Family's a little more important and it puts things in a better perspective once you start having children. I need to be there to provide for him and obviously need to be there for him. My health and well-being is a little more important now, although it always has been to me. I try to do as much as I possibly can without breaking my body down, and obviously you gotta do a bunch of recovery stuff. I push it pretty hard but I'm a little smarter about sparring and stuff now.”

The last time we saw Glenn in the Octagon, it was November 30, 2018, and he dropped a three-round decision to Kevin Aguilar after missing weight for the featherweight bout. Following the fight, he decided to move to 155 pounds, but his body wasn’t ready yet, as he spent much of the last couple years recovering from hip surgery. When he got the green light to return, a December meeting with Carlton Minus was scrapped on fight week.

“Before that fight, I was thinking, dang it, I was peaking and I felt great and my coach kinda checked me on this. He said, ‘You're not peaked; I think you're gonna get a lot better.’” 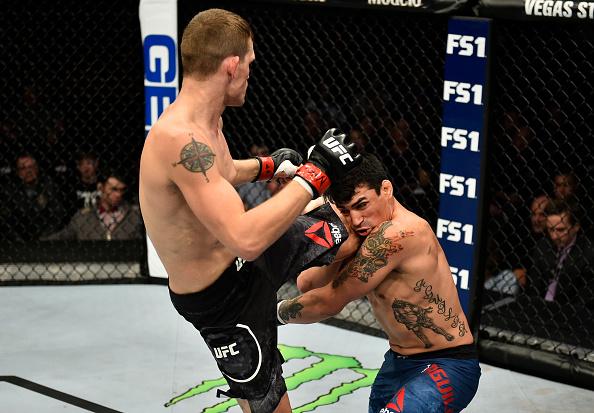 That eased Glenn’s mind a little bit as he and his buddy Miguel Rios drove back to Iowa from Las Vegas (yes, drove, through two snowstorms that made their trek last from Thursday to Saturday), but if asked about the long absence, that’s when it hits him that it’s been a long time since he rock and rolled in the Octagon.

“The time went by really fast because I've been working on my weaknesses and focusing on the day and not really thinking about how far away it's gonna be until I fight again, so I've enjoyed my days,” Glenn said. “But then when I sit back and think about it, it's like, 'Damn, it has been a while and I am itching to get back in there.' Certain songs come on that you think about walking out to, and you get the goosebumps…I'm looking forward to making that walk.”

Fight fans are looking forward to it as well, especially since it’s his first fight back since heading back to Iowa after a long run with the Team Alpha Male squad in Sacramento. There wasn’t any animosity with the break, and Glenn hopes to get back out west in the future but being home and around family with Jaxson’s arrival was important. 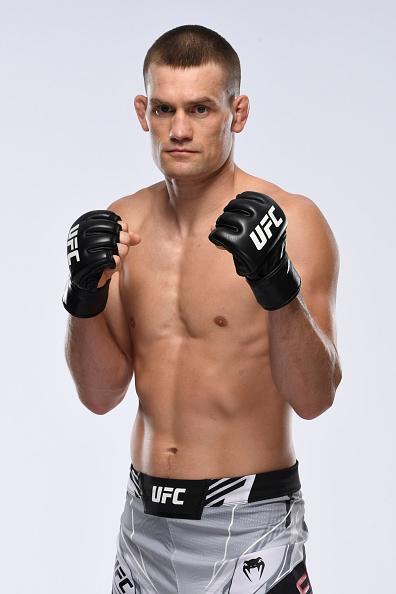 Ricky Glenn poses for a portrait during a UFC photo session on June 16, 2021 in Las Vegas, Nevada. (Photo by Mike Roach/Zuffa LLC)

“I'd like to make a trip out to California for a week or two and come out to Vegas and see the PI, but right now, I'm enjoying being around my family and still being able to push it with my training,” he said. “There are not as many high-level bodies here, but the quality of training I've been getting is still world class.”

And having Jaxson learn some of the Midwest values Glenn has isn’t a bad thing, either.

“It's pretty important,” said the Marshalltown native who now makes his home in Des Moines. “I learned a lot from my grandfather. We'd spend summers with him, working on horse farms, putting up fencing and stuff. I was like five years old walking the fence line and carrying stuff and doing things like that and that's kind of where I got my work ethic from. You’re shoveling snow in the winters and year-round you're outside doing stuff and working on projects.”

Decades later, that work hasn’t stopped for Glenn, a pro since 2006 who still has the ambition of a kid making his debut.

“We're making improvements, which is crazy after doing it for so long, and I'm leveling up,” he said, happy to be back and happy to still be fighting for a living.

“One of the ultimate things that you can do since the beginning of time is hand-to-hand combat,” Glenn said. “I'm testing myself against another skilled opponent at my same weight and we've prepared for it. It's the ultimate test.”