Rick Story and the Freedom to Just Fight

"I am who I am and I react the same way after I get hit, but I’m more excited because I can go in and enjoy what I do, as opposed to fearing the outcome." - Rick Story 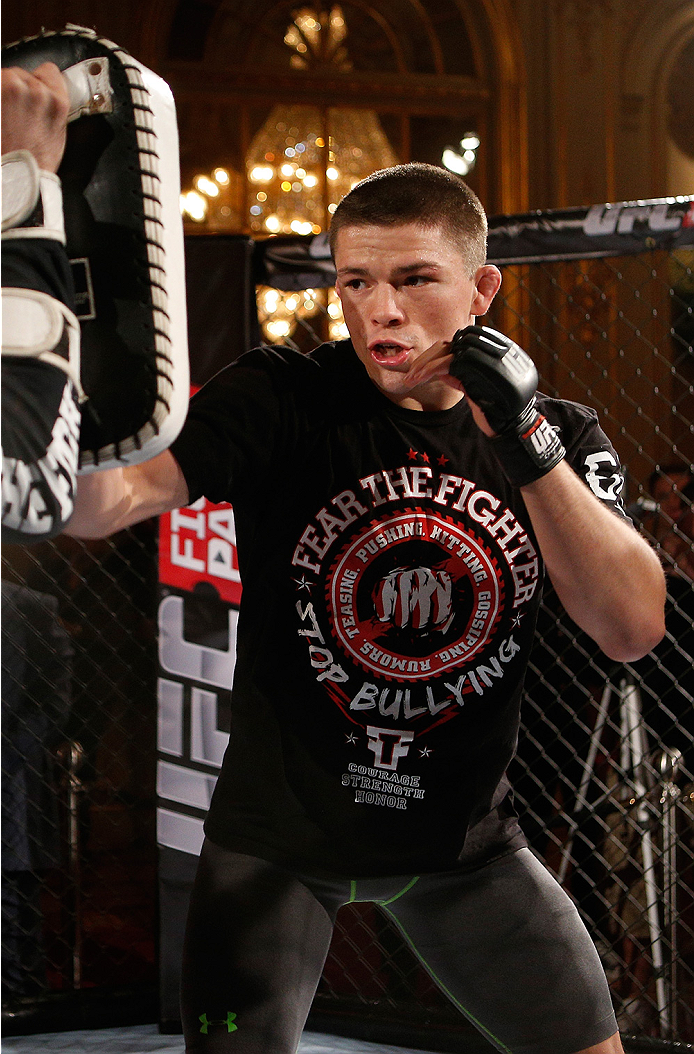 Rick Story could have made the biggest mistake of his career. Well, given the fact that he landed with the renowned and respected MMA Lab in Arizona, made that a very slim possibility, but anytime you take something you’ve done for your entire fighting life, change it, and start off fresh somewhere else, that’s a big risk.

But as he stood in the Octagon waiting to fight Leonardo Mafra in July, Story couldn’t have been more at ease.

“Right before the bell rung, I was completely focused on my fight,” he said of the Atlantic City bout, his first since leaving his former team, Brave Legion, in Vancouver. “I wasn’t concerned about anything but my fight, which is how it should be. I didn’t have any regrets or any doubts on what I did. I knew it was the right more, and I was more excited than anything to just go out there and be able to go out there and be able to fight without any pressure.”

Two minutes and 12 seconds into round two, Story submitted Mafra via arm triangle choke. His new start was a success, and no one was happier than the two men in his corner that night, head coach John Crouch and former UFC lightweight champion Benson Henderson.

You can hear the change in Story’s voice these days, and against Mafra, he fought with his trademark intensity, but also with a discipline that allowed him to deliver one of his best performances to date. And in the gym in Arizona, Story has gotten used to his new squad.

“It’s laid-back, it’s different,” he said. “It’s not what I’m used to, but I’m starting to realize that most of the rest of the world functions this way.”

Story laughs, admitting that it took a bit of adjusting to get comfortable and learn the ways of the gym, but now, he’s one of the family.

“This camp was a lot better because I was getting acclimated to it, and everything just seemed easier,” he said, and the timing is perfect, considering that a few weeks after the win, he got a call from UFC matchmaker Joe Silva. At first, Story thought it was a request to fill in on short notice, but instead, it was a main event slot in Sweden this weekend to face unbeaten Gunnar Nelson. The 30-year-old Story was ecstatic, and it’s a far cry from his last “almost” main event back in June of 2011.

Coming off the biggest win of his career over Thiago Alves, which put his UFC winning streak at six, Story was drafted in on short notice to replace the injured Anthony Johnson against Nate Marquardt. The media swarmed on Story, not just because of his winning streak, but because he was making such a quick turnaround to fight a world-class foe. Yet on weigh-in day, Marquardt wasn’t cleared to fight, and local Pennsylvania hero Charlie Brenneman was brought in. Brenneman won that night, capping off a Cinderella story of his own, and “The Horror” was left to pick up the pieces. Story insists that won’t be the case this time around.

“I should have beat Brenneman, but it was the perfect timing for him to jump in because psychologically, I was a wreck,” Story admits. “The difference coming into this fight, I already have that experience under my belt.”

He’ll need it against the multi-dimensional Nelson, a cool customer in the Octagon who has become an expert at taking advantage of his opponent’s mistakes. With Story known for his aggression, it becomes a compelling style matchup to see whose method of fighting works best. Story believes it will be his, simply because he won’t allow Nelson to lull him into a fight-ending error.

“I can’t get pulled into his game and relax for one second because as soon as I relax, that’s when he’s going to unleash everything he has,” he said. “I just need to go out there and realize that letting him be so relaxed is not what I want to do. The biggest concern is the ground, but I have a lot of confidence that he’s going to have a tough time getting me down. I know he’s not going to want to stand, so he’s gonna try whatever he can to get me to the ground and get it to his element. But I’m not scared going to the ground. I’m very hard to submit and very strong and I’m confident wherever this fight goes.”

He means it too, which may be the biggest change in the last year. There are no doubts anymore, only the desire to go in and fight, which is all he ever wanted anyway.

“I am who I am and I react the same way after I get hit,” he laughs, “but I’m more excited because I can go in and enjoy what I do, as opposed to fearing the outcome. I think it will open up the door for me psychologically to push through a lot of mental barriers and put forth more energy into my fights.”