Rich Attonito - No Flash In The Pan

“I'm always trying to come out with a newer, improved and better version
of myself. Let people see that I should be taken serious." - Rich Attonito 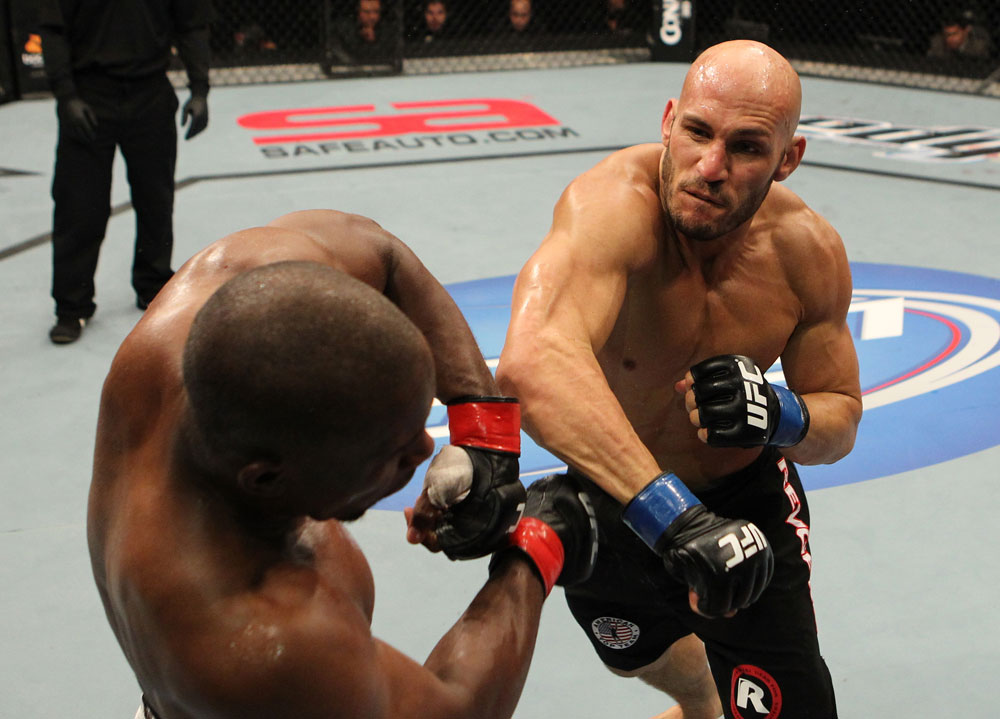 Fighting is and forever will be the purest form of self-discovery.

From a local amateur promotion all the way to the top tier, international competition of the UFC, all MMA fighters are universally preparing themselves to be better in all aspects of hand-to-hand combat. To be successful, one has to go through both physical transformations to be a better athletic fighter and mental transformations to be a better technically skilled fighter. In the end, the two challengers enter a ring or cage not to prove who is the fastest in 100 meters, who can lift the heaviest object or has the most accurate jump shot; MMA fighters enter a ring or cage to see who is the best.

For UFC welterweight Rich Attonito, answering the most basic, but alluring of questions, “can I beat this guy?” was what initially whet his curiosity for the sport.

“I had a lot of experience previously competing one-on-one in wrestling,” tells Attonito. “I had plenty experience, I guess you could say, fighting with people, which wasn't always one-on-one and wasn't always in my favor. It wasn't by far the first time I had been in a fight before. But it was the first time fighting someone who had some training. You get into a fight in college at a bar, they don't have wrestling and you do have wrestling - it is easy to take them down and beat them up. Now, what will it be like to fight someone who knows how to wrestle or has some jiu-jitsu or is a good striker? That's what really drew me into fighting to begin with. What would happen against a trained person? It is easy to beat up some jabronis at a bar, but it's not going to be so easy to fight some guy at a venue, which has been set-up beforehand, and he is preparing to fight you and he has skills.”

After seven years with an overall record of 10-4, the former NCAA Division I wrestler from Hofstra University is still training to enter the Octagon to extinguish those “what ifs” in his own mind. At the same time, it is also Attonito’s job to do so as he prepares for his fifth fight in the UFC on December 10th against the debuting Jake Hecht at UFC 140. What once was a competitor’s flight of fancy has become Attonito’s path in life to not only prove he can defeat these opponents, but that he can do so professionally with money on the line and the future of a career in the balance. Actually, the added pressure has only made “The Raging Bull” enjoy MMA even more.

“That initial curiosity is still there and now it’s like how far can I take it,” explains Attonito. “I'm in an organization where I'm competing against the elite level of the sport. I keep answering that question and I'm training harder and harder. I'm going to continue to answer that question of how will I do against someone who has been training as much as someone like Jake Hecht now? It is much different than the first guy I fought. I think it is the same scenario in a lot of ways, but the stakes have been raised. I have more chips in the pile and whoever I'm fighting has more chips in the pile because they have a lot more talent, skills and experience than the first guys I was fighting. It’s part of what makes it so much fun for me.”

The New Jersey native is having a lot of fun in the UFC nowadays, going 3-1 since his stint on the 11th season of The Ultimate Fighter. He gave arguably his best performance inside the Octagon in his last bout against Daniel Roberts at UFC Live in June. The dominant unanimous decision over Roberts also marked Attonito’s debut at welterweight after winning 2 of 3 fights at middleweight. He controlled the action of the entire fight, from the standup to the ground, which specifically displayed how well-rounded of a threat he is for his new opposition at 170 pounds.

“I think I was able to display a range of my abilities,” Attonito states. “Everything went well that night. I felt good. I was ready to go in there and compete and win. I was firing on all cylinders and I was able to have a good performance. Every time I get in there, I'm looking forward to the opportunity to continue showing people more. I still feel like I have a lot of skills that I haven't had the opportunity to put on display. I'm feeling more comfortable every time getting in there and fighting at this level and in this arena. The more I go in there, the more I'm relaxed and the more I can let my training go and really showcase my abilities.”

The drop in weight had been a lingering possibility for the 5-10 former middleweight and even former light heavyweight. But he is no stranger to messing with his weight for competition’s sake, as Attonito began his wrestling days at Hofstra University at 167 pounds and ended them at 197 pounds. Facing bigger and, seemingly, stronger opponents was old hat to “The Raging Bull” when he began his career in MMA at 205 pounds. Attonito’s journey to fighting at his proper weight will only help him against opponents of his own size considering what he has been used to, which is bad news for the current roster of UFC welterweights.

“I felt much better,” emphasizes Attonito about life at his new weight. “As far as my own performance, I felt much faster, more athletic, much more agile and have better endurance. All around the board I feel better at this lighter weight. Fighting against Roberts, he was probably the first guy in years, I can't remember the last guy, I fought who was my height. Height wise, size wise, I felt like I was fighting someone my size. Usually at middleweight, I'm fighting guys who are taller, longer, and a little bit bigger than me. It felt great fighting at that weight. I definitely felt like I was physically stronger. I fought at 205 and 185 and being used to those heavier and stronger guys, I feel like it is hard not to feel a strength difference in my favor at 170. But there are a lot of strong guys at 170. When I fought Dave Branch he was a big dude and could have been 25 pounds heavier than me the night of fight for all I know. Now, fighting guys that are my height, size, and weight is a real major difference in the way the fights are going to go. I'm not going to get muscled around.”

His next Octagon opponent, Hecht, will be a new name and face to UFC fans, but not to Attonito. The “Hitman” has an overall record of 10-2 with his most notable victory coming last year over TUF 13 vet Charlie Rader. The current product of Fiore MMA in Illinois previously spent time training at American Top Team in Missouri, which led to Hecht making the pilgrimage to the original ATT facility in Florida where Attonito is based out of. Hecht isn’t name recognizable to the UFC faithful, but he is bringing a wealth of international fighting experience into his Octagon debut, which Attonito is familiar with and ready for.

“I think he's a very tough opponent,” admits Attonito. “He's got a lot of fight in him. He's like a zombie. If you don't shoot him through the head he's going to keep coming for you. He's ready to go wherever the fight takes place, whether it is standing or the ground. I know he's worked a lot on his wrestling and utilized that in his fights. I know he's got a ground game. He's going to be a well-rounded opponent who is highly motivated to come in here and get his opportunity to fight in the UFC.”

As mentioned, Attonito is preparing for Hecht at the veritable MMA factory of American Top Team in Coconut Creek. “There are great guys down here all training for big fights like Thiago Alves who had his fight a couple weeks ago and is back training, and Jorge Masvidal training for Gilbert Melendez,” says Attonito, who not only has the daily opportunity to train with some of the best fighters in the world, but to pick their brain to help out his own rise to top. “The great thing about these guys at American Top Team, they’re here to push you to get better and they also provide insight, little bits of wisdom from their experiences they can lend to get you ready to climb up the ladder to the top level of the UFC. You can see how they go about carrying themselves. Through the years they have helped me hone my own style of how I like to get prepared for my fights and I see what they do and I like to add that to my training to make me that much better.”

This Saturday, the next question on Attonito’s path of answering how good of a fighter he can be is through the “Hitman” Hecht. “Each fight, I'm trying to show people more and more of what I'm capable of and give people more of a glimpse,” asserts Attonito, who is looking to establish himself as an ever evolving presence in the welterweight division to the fans and his competitors. “I'm always trying to come out with a newer, improved and better version of myself. Let people see that I should be taken serious. I'm not a flash in the pan and I'm someone people need to look out for.”