Since Joining The UFC As A 21-Year-Old, Ricardo Ramos Believes Everything Is Clicking Into Place
By Zac Pacleb, on Twitter @ZacPacleb • Jun. 17, 2022

A lot of life has passed by since Ricardo Ramos earned a UFC contract via Dana White’s Lookin’ For A Fight as a fresh-faced 21-year-old back in August 2016. Ramos made his UFC debut six months later, and through his first 18 months in the promotion, he picked up three wins, including a Performance Bonus for a memorable spinning elbow knockout at UFC 217.

Cut to June 2022, and Ramos’ UFC record stands at 6-3, and while he isn’t on a skid of poor results, he has lost two of his last three. But losses don’t come without lessons, and Ramos acknowledges the amount he has grown as a professional fighter and as an adult during his time with the promotion.

Heading into UFC Fight Night: Kattar vs Emmett in Austin, Texas, Ramos faces Danny Chavez, a 35-year-old New Yorker who only made his debut two years prior. Although Ramos holds the superiority in terms of Octagon time, he understands the most important factor is what you bring on the night. 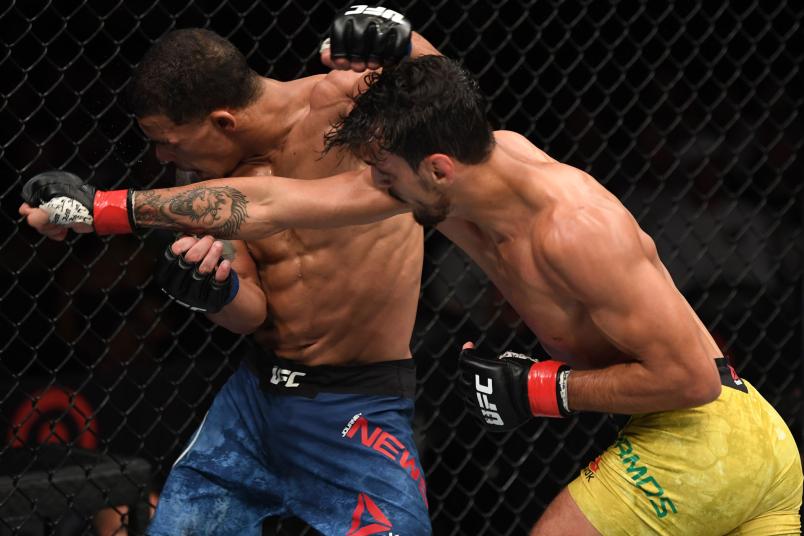 “Inside the Octagon, what matters is your heart,” Ramos told UFC.com. “It doesn't matter your experience in the sport or who has fought longer. What matters is how much heart you put in the fight. And that's how I will fight in there to get the win. It's the desire to win that matters. I want to win this fight. I want to finish the fight with a knockout or a submission before the final horn. That would be perfect for me.”

A specific feature of this fight camp for Ramos is that it was his first full lead-up since the birth of his daughter in September 2021. Although Ramos fought and lost to Zubaira Tukhgov at UFC 267 a month later, this camp was marked by the navigation of balancing the demands of training with the demands of a newborn.

Although Ramos understands he’s not the first UFC fighter to become a dad, but he does accept the fact that he’s just the latest newly minted parent to find all the time they can to spend with their child. 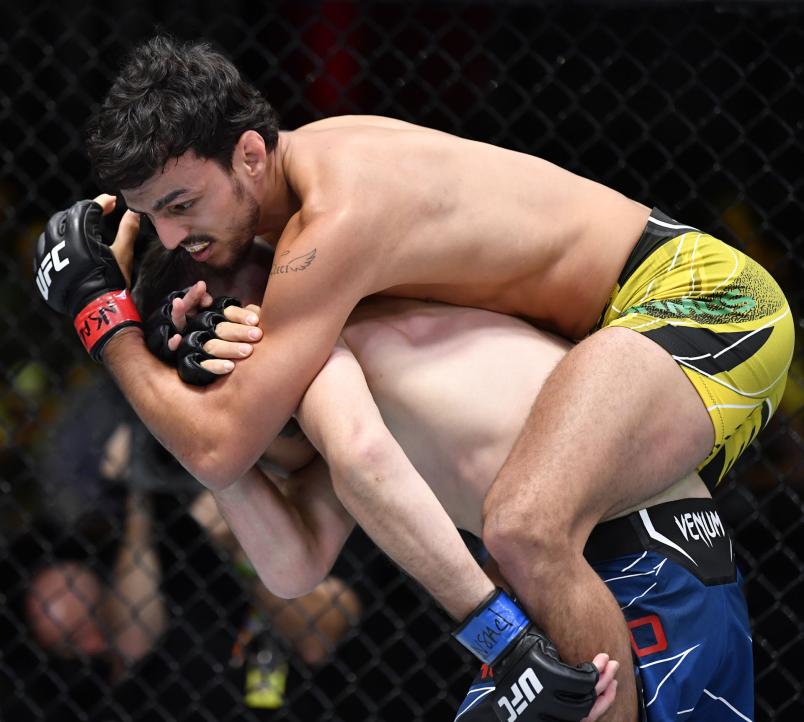 “I spend all the free time I have with my daughter,” Ramos said. “I don't have much free time anymore. Now it's all about training and my family. That's it. That's normal, we get to focus. We learn to focus on the training and find balance, so I already got used to it. In the beginning it was a bit hard, but now I'm used to it. So, I train the whole time and when I get home, I stay with my daughter.”

In Chavez, Ramos sees a durable fighter who tends to take fights all the way through to the judges. Eight of Chavez’s 11 pro wins have gone to a decision, and he was finished just once in his four losses, but Ramos is optimistic about his chances to add himself to that lonely list of people who have finished Chavez.

“He's always looking for the fight,” Ramos said. “From what I've seen, most of his wins were by decision, but he has a lot of dangerous weapons to challenge me.” 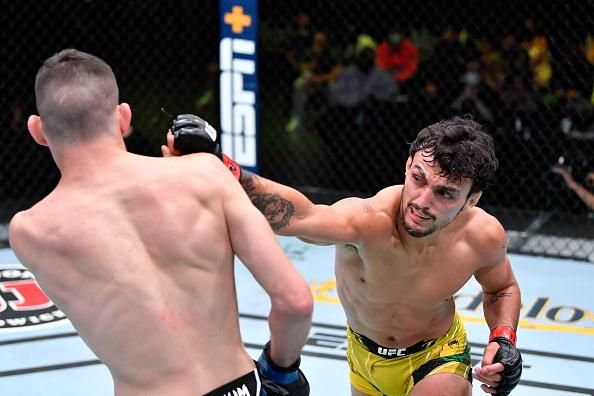 In Austin, Ramos is more or less in a position to regain some traction in his career. A win – and an emphatic one is always more helpful – doesn’t necessarily launch him into a fight for the Top 15, especially in the notoriously deep featherweight waters, but it sets him back on the right course.

As he approaches his 27th birthday in August, Ramos senses his time to make a run coming around the corner, and he is putting everything in place to take advantage of that window once he sees fit to bust it open. It’s not here yet, but until then, he continues to train, continues to fight, and continues to run home to spend the rest of his time with his daughter.

“It's another step in my career towards the belt,” he said. “I'll be ready for whoever the UFC gives me. I'm always willing to fight. One day, I will get to the belt. I know my time will come. I'm focused and training hard waiting for this moment.”