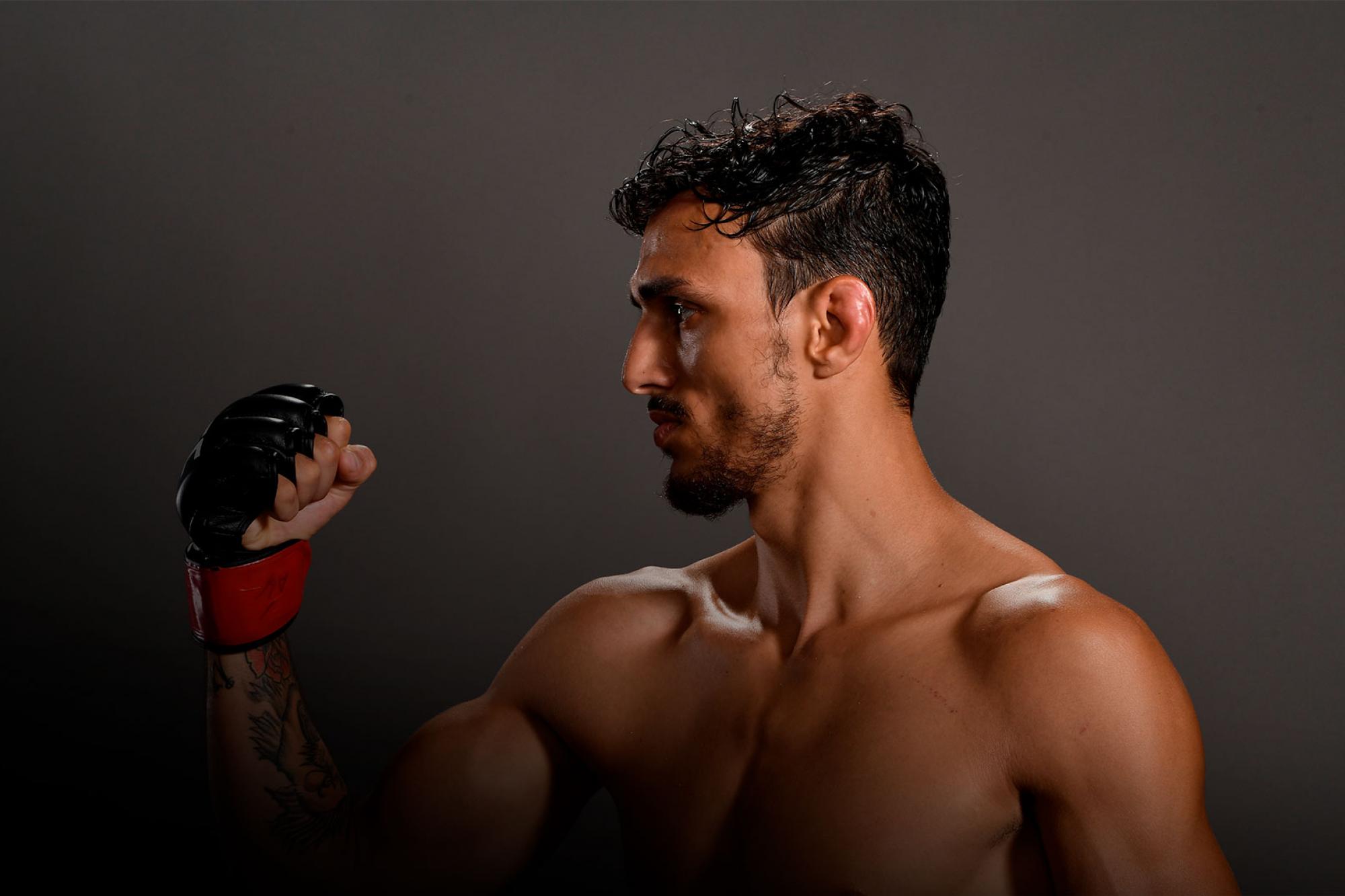 Ricardo Ramos Beat His Own Expectations

The first two times Ricardo Ramos fought in front of Dana White were not in the UFC.

On February 5, 2016, when the Brazilian was an 8-0 prospect, still plying his trade on the regional circuit, Ramos took on Manny Vasquez at Legacy FC 51 in Hinckley, Minnesota, about an hour north of Minneapolis. That night, the UFC President and the rest of the Lookin’ for a Fight crew were in town, scouting new names to potentially bring into the promotion, but rather than show out, Ramos stumbled, suffering the first loss of his career.

“I remember I was out with my psychologist and he asked me, ‘When do you think you’re going to reach the UFC? When are you going to sign the contract?’” said Ramos, thinking back to that snowy evening five years ago. “My answer to him was, ‘I just lost, so I feel like when I’m 25 or 26 I’ll be in the UFC’ because I just lost in front of Dana White, on Lookin’ for a Fight, and I felt like 25 or 26 is when I would be at my best.

Six months later, Ramos took on Alfred Khashakyan in Bangor, Maine, and once again, the Lookin’ for a Fight cameras were there.

Khashakyan trained out of the Glendale Fighting Club and former UFC bantamweight champ Ronda Rousey had put a bug in White’s ear about her training partner, but White and Matt Serra remembered Ramos from his previous appearance, and when he ran through Khashakyan that night in Maine, he earned himself a one-way ticket to the UFC.

He made his first trek to the Octagon on February 4, 2017, one year less a day after his loss to Vasquez. He was 21 years old.

“I did everything (my psychologist) told me to do, believed in myself, and took all the steps I needed to take to get to the UFC,” said Ramos, who returns to action this week in a clash with unbeaten British upstart Lerone Murphy. “Now I just do my best every single day. I don’t set many goals — I just want to do my job with all my will.”

The promise that Dana White and company saw in his final two regional circuit appearances has carried over the his time in the UFC, as Ramos has put together a 5-1 record, including a third-round knockout win over Aiemann Zahabi in the opening bout of UFC 217 in New York City that set the stage for an incredible night at Madison Square Garden.

But it hasn’t been all smooth sailing for the soon to be 25-year-old talent.

In addition to suffering a first-round stoppage loss to Said Nurmagomedov, Ramos’ efforts were limited by the drastic weight cut he had to endure in order to make the 135-pound bantamweight limit. While there were moments of brilliance, there were also instances where you could clearly see him struggling, and after his victory over Journey Newson last June, the talented young fighter decided to make a change.

“I feel so much better,” said Ramos, who moved up to featherweight for his last appearance, securing a first-round submission win over Eduardo Garagorri to push his record to 14-2 overall. “I feel like now I’m doing my best, for real, and I can deliver the performances I was expecting to have at 135 but couldn’t because my body wasn’t 100 percent to do that.

“Before, I was always afraid in the fight because of my gas tank and all these other things I had to think about. I did the right thing by moving to 145 and I will not be in 135 again, for sure. Now I feel like every fight, I can reach my best inside the Octagon and it’s a different feeling.”

Like many fighters, the opening of the UFC Performance Institute and the ability to work with the elite staff at the Las Vegas facility has made a tremendous difference in how Ramos prepares for his fights, as he now has a much better understanding of how to structure his training camps and the science that goes into training like an elite professional athlete.

He’s also benefitted from working with the crew at Team Alpha Male in Sacramento, and heeding the advice of the team’s founder, “The California Kid,” Urijah Faber.

“Before I visited the UFC Performance Institute, I didn’t know about the science I should have by my side, helping with my preparation for training camp,” explained Ramos, who was unable to travel to the United States to prepare for this week’s matchup against Murphy in Abu Dhabi. “After I visited the PI, I understand how the camp should work and how we should be doing the job, and that’s good for me because I kept performing at a high level doing what I was doing.

While the featherweight ranks are flush with talent and the competition to reach the top of the division is steep, there are plenty of reasons for Ramos to be optimistic about his prospects and for fight fans to pay close attention to the talented Brazilian this week on Fight Island and beyond.

Ramos is still a couple weeks shy of his 25th birthday — the age he estimated he would be when he finally signed a UFC contract — and has spent the last three years competing at the highest level, developing his skills while working with world-class coaches and fighters, and garnering invaluable experience inside the Octagon.

He’s used this time to grow as a man and as a fighter, determining that competing in the 145-pound weight class gives him the best opportunity to eventually challenge for championship gold, and he has surrounded himself with people who can help him achieve that goal.

“It’s been really important for me,” he said of his first three years on the UFC roster. “It’s been huge for me because I see the differences from the Ricardo that I was before. All the experience that I’ve had in the UFC, everything that I’ve lived since being in the UFC has made me a man, made me a better human being.

“I’ve had great influences throughout my life. My first coach, Marcelo Ferreira, taught me a lot and when I chose to move to Team Alpha Male, he would say to me, ‘You’ve got to be close to good people, good influences; people who are going to help you get closer to your goal.’

“And that’s what I keep telling myself: I’m close to great people, close to smart people, and they bring me closer to my goal.”

Though he’s just one fight into his featherweight journey, Ramos has the potential to be a factor in the division in the not too distant future, and this week’s bout with Murphy is another opportunity for him to prove it.

“I know the things that I should know, like that he’s better in the striking game and he’s got good boxing,” he said of his opponent, who battled Zubaira Tukhugov to a draw in his promotional debut at UFC 242 last September. “I saw his fight with Zubaira and that he got a lot of takedowns.

“If you watch the fight, it’s easy to think ‘I’m going to take him down and submit him; do what I’m best at doing’ where the jiu-jitsu game should be the best opportunity to win the fight, but every fight is a different fight.

“We’re going to stand and if I see the chance to put him on the ground, I’ll do it, and I’m always looking to finish the fight,” Ramos added.

“The belt,” he said confidently.