The Return Of "Irish" Joe Duffy

Injuries Behind Him, Lightweight Finally Ready For Big Rebound On Fight Island
By Steve Latrell, on Twitter: @TheUFSteve • Jul. 17, 2020

When he steps in the Octagon this Saturday on Fight Island, it will have been 15 months since we’ve gotten to see Joe Duffy in action. In fact, since inking a seven-fight deal with the UFC back in 2017, Duffy has made a scant three appearances while battling a frustrating plague of injuries.

“I had the rib injury that just wouldn’t go away. It’s been going on maybe two years now. I’ve been at the UFC Performance Institute trying to get that sorted,” he explains of his most recent hiatus. “I was just trying to get back to some consistent training. Now I’ve managed to get some in, so I’m excited to get back.”

And the game should be excited to have him back. It’s worth remembering that the 16-4 lightweight was one of the hottest prospects in the division, and his professional resumé boasts first round submissions of Conor McGregor and Mitch Clarke, as well as a three-rounder with Dustin Poirier, among many others. When he faces Joel Alvarez at Flash Forum this weekend, he’ll look to not only put the scourge of injuries in his rearview mirror, but also the lone two-fight losing streak on his record. 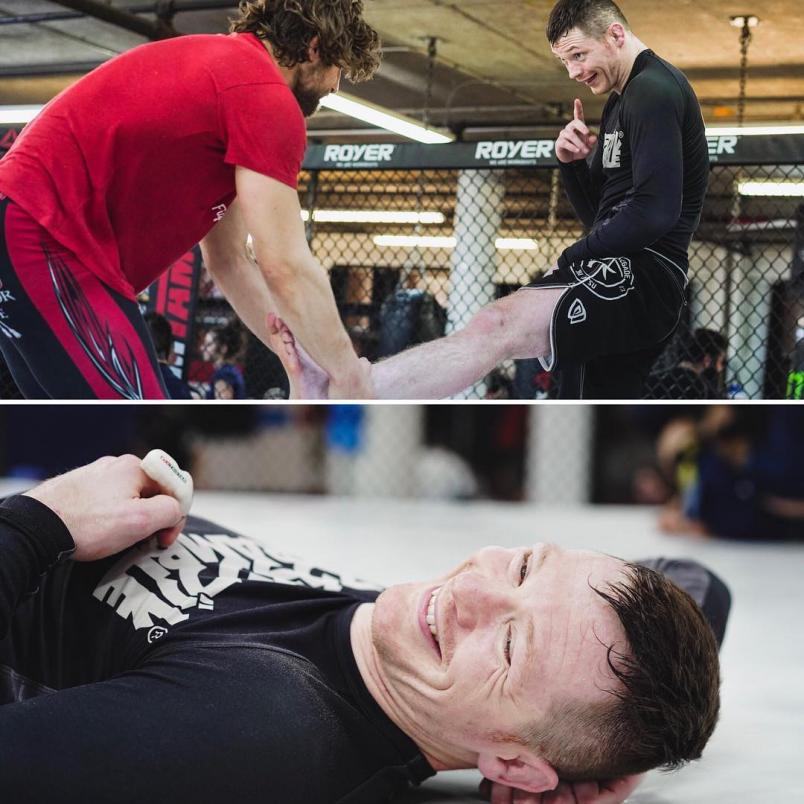 Duffy Trains With Andrew Sanchez (From his Instagram @duffymma)

“The last few fights something has been off; I haven’t had that same zip or confidence. It’s something that’s hard to put my finger on. But I’ve got that mentality back where I’m looking forward to fighting again.”

He’ll need it for Alvarez, far from the easiest of comeback fights.

“Young, hungry prospect,” Duffy agrees. “He’s quite tall for a lightweight, dangerous on the feet and very dangerous on the floor. So I know I’ve got my work cut out. But I’m very confident in my training and preparation for this fight.”

Duffy’s preparation for any fight is an interesting study in putting himself through hell; like an MMA version of method acting. Training at Montreal’s famed Tristar gym, home of luminaries like Georges St-Pierre and Kenny Florian, Duffy puts himself through sessions far more unforgiving than the ones we ultimately see on television.

“For me, I always imagine the worst-case scenario. I always imagine a hard, grueling three rounds. That’s always my mentality. It’s always easier to imagine that because anything below that is easier. And that’s the way I train, so anything less than the worst-case scenario will be easier. It’s never as bad as you expected. It’s my way of dealing with it, I suppose.”

The ongoing global pandemic might have helped him imagine the worst-case scenario, but for Duffy it featured a life-changing bright spot.”

“I had a little girl in the meantime,” he says proudly.

While much of the world was stuck inside whiling away the hours, killing time and fretting, Duffy found his life more regimented than ever as he juggled new fatherhood with training for his comeback performance. 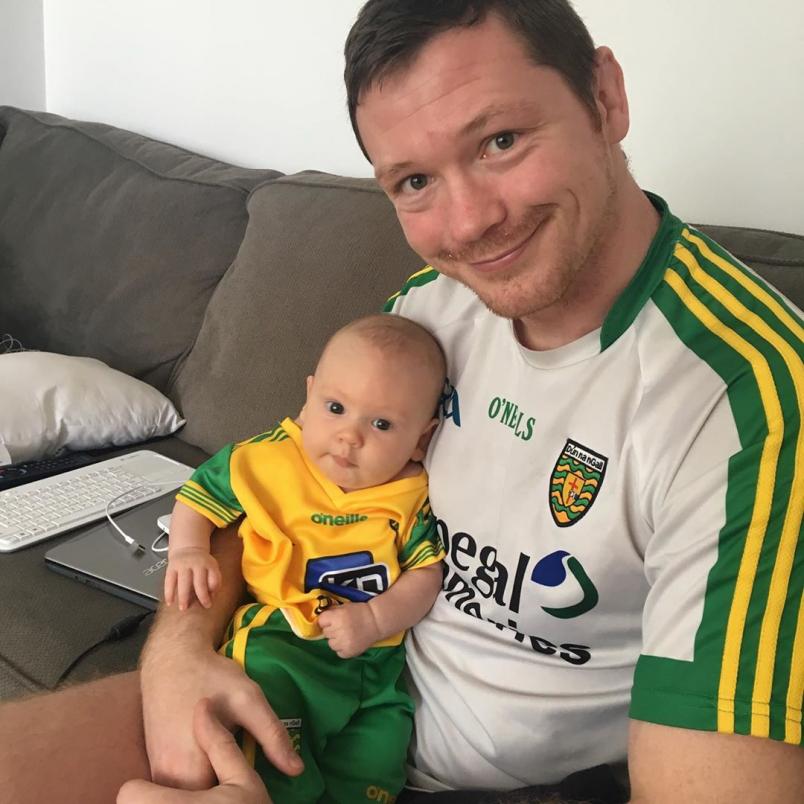 “During the pandemic I was looking after my daughter, but I was shadowboxing, sending it to my old boxing coach, and we were just working on all the basic things that I felt I had slacked off on. Doing weights in the garage. That was pretty much my training until day care opened back up and I could leave my daughter and go back to the gym. Once I got back into the gym, me and a couple of the lads - Andrew Sanchez and Eric Spicely and a couple of the guys from the dorms - have been working together. I got a nice, base-level of fitness.”

“It was a blessing for me. My daughter kept me very busy. And she wasn’t walking at the time, so I was walking her everywhere, it was killing me,” he jokes. “When she was having her naps, I would work out and in the evenings I would help my girlfriend. In the pandemic, there was no time to waste.”

Then the call finally came. 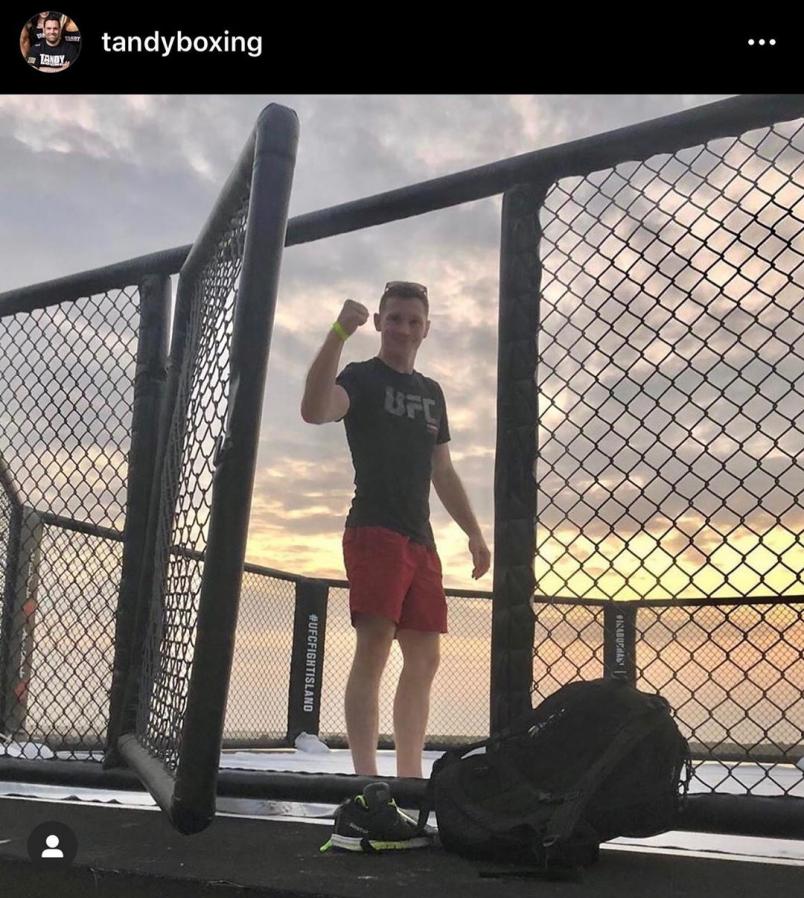 “Everything seemed to click into place. About four weeks before, they offered me the fight and I was like ‘Do you know what? It’s hard to turn down the opportunity.’ And I’m really glad I didn’t because of what the experience has been so far,” he says, marveling at his surroundings on Yas Island that feature, among other things, a racetrack that runs directly through the host hotel. “Unbelievable…I can’t even imagine trying to plan all this.”

It will certainly be a memorable setting for the 32-year old to start getting his name on everyone’s lips like he did just a few short years ago. And it’s not lost on him that in these unprecedented times, fighters are getting more offers and faster turnarounds than normal. In fact, he’s counting on it.

“That’s exactly what I’m after. Since I signed my new contract, I wanted to be active. I feel like with injury after injury and no consistency in my training, I just haven’t been able to get active. Touch wood this one goes well, no injuries - obviously I’ve got to quarantine back in Canada, I don’t know if I can get back out - but if I can turn it around in four to six weeks, even better. If everything goes well, let’s get two or three in before the end of the year.”