Retirement suits Matt Serra well, even if it isn’t the leisurely, sedate lifestyle usually associated with that word.

“Let me tell you how lucky I am,” the former UFC welterweight champion begins, describing a typical day in his life. “I got up, took my one kid to preschool, the other kid to first grade, and then I get to go to my schools. I drill a little bit, I came back, took my two-year-old to something called the ‘little gym,’ had lunch with my family, and now I spend the rest of the night at my school and I’m gonna teach the beginners, I’m gonna teach the advanced, I’m gonna choke some people, and that’s a fantastic day.”

At 41, and over five years removed from his last fight against Chris Lytle in 2010, Long Island’s Serra may be busier now than he was over the course of a career that saw him compile a 17-7 record and win a world title and an Ultimate Fighter crown. Add in his spot on the hit online reality show “Dana White: Lookin’ for a Fight,” and his role as coach to the likes of Chris Weidman, Aljamain Sterling and Al Iaquinta, and there’s precious little time to sit back and reflect on past glories.

But as he points out, it’s a different kind of busy.

“When you have a fight, you have to be very selfish,” he said. “Halfway through camp, I’d move my family to my in-laws just so I wouldn’t get any interruptions, and the thing about fighting is not so much that 15 minutes in the cage. It’s the two to three months of preparing to compete, and people don’t know how difficult that is. And now, being on the wrong side of 40,” he says with a laugh.

“I’m definitely happy where I’m at, and I feel satisfied looking back on my career. I don’t feel like there are any missed opportunities. Whenever there was a shot presented, I took that shot.” 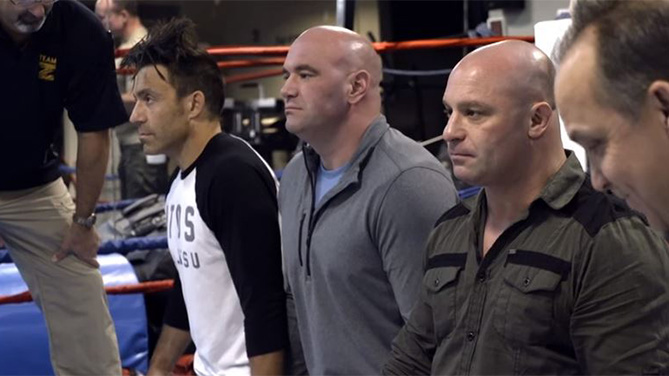 That he did, fighting the best of his era, including Hall of Famers BJ Penn, Matt Hughes and Frank Trigg, future Hall of Famer Georges St-Pierre, as well as standouts like Lytle, Yves Edwards, Din Thomas, Shonie Carter and Karo Parisyan. Yet while other bouts may have gotten more attention and resulted in Serra getting his hand raised, he cites the Parisyan bout at UFC 53 in 2005 as one for his personal time capsule.

“I was literally exhausted,” Serra saya of the fight, which saw him nearly knock Parisyan out in the first round before losing a three-round decision. “I just wanted to stop, but I wouldn’t let myself stop. I was able to be the nail and do it without saying uncle. I got beaten, but I wouldn’t break. It meant as much to me as some of my victories.”

That fight, Serra’s last before he won The Ultimate Fighter 4 and then shocked the world by knocking out St-Pierre to win the 170-pound title in 2007, was held in Atlantic City, New Jersey, the closest “The Terror” would come to competing in his home state as a UFC fighter. Last week, the ban on mixed martial arts in New York came one step closer to being lifted, and no one was happier than a man who pioneered the sport in the Empire State.

“I’m very excited for that. They’ll be fighting in Madison Square Garden eventually. That’s amazing. It will be something special and it almost feels surreal right now.” - Matt Serra on MMA legalization on New York

He laughs when asked if he’s dusting off the gloves for a comeback at Madison Square Garden, but Serra will be there on that historic day in the near future. Only this time, it will be as a coach.

“I’m very excited for that. They’ll be fighting in Madison Square Garden eventually. That’s amazing. It will be something special and it almost feels surreal right now.”

But again, there’s precious little time for reflection in the world of Matt Serra after you factor in his duties as husband and father, coach and reality show star. That means he doesn’t think too much – if at all – about a spot in the UFC Hall of Fame. 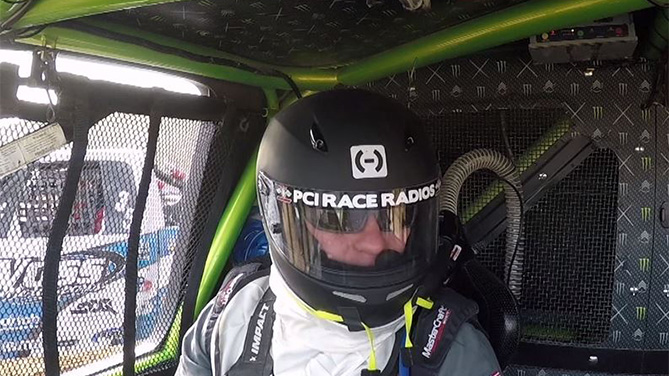 “I would leave that to other people,” he says. “It’s not for me to say I should be in there or not. Some of the best guys, the guys that are going to go down as the Hall of Famers, I might not be one of those guys, but I fought plenty of them, and they all know they were in a fight, and I’m happy with that. I know I fought the best on the planet. I had some battles with some really dangerous fighters, and that’s enough for me to have no regrets as far as my career goes.”

Serra’s career is represented by more than a win-loss record, though. And while there were the victories over St-Pierre, Edwards, Lytle and Trigg, as well as decision defeats against Penn, Hughes and Thomas that could have gone the other way, when looking at Serra, it’s important to remember the fighter, as well as the impact he’s had as a coach and as an ambassador of the sport.

But that’s a conversation for another time. For now, Matt Serra is doing just fine. Busy, but good.

“I’m happily in the next chapter of my life,” he says. “Things couldn’t be better.”