Retirement the beginning of a new journey for Vitor Belfort 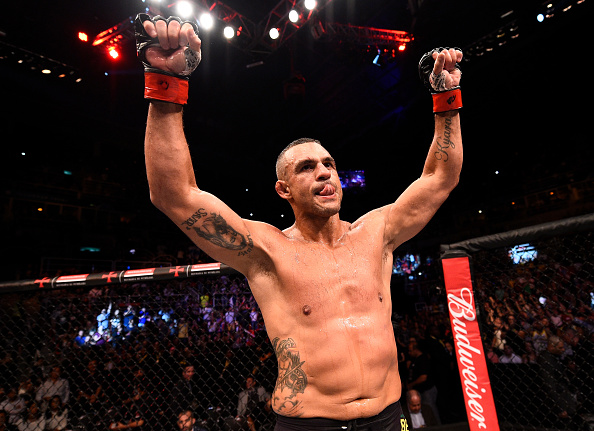 Vitor Belfort was fully prepared to step into the Octagon for one final time in January.

Scheduled to face Uriah Hall in the co-main event of the UFC’s initial event of the year, the bout was scratched the day before the fight, forcing the now 41-year-old veteran to press pause on his plans to move on to the next chapter of his life.

“Sometimes in life, it’s like everything is on hold, on pause for something else,” said Belfort, who will now make his final walk to the cage on Saturday night in Rio de Janeiro against Lyoto Machida in the opening bout of this weekend’s UFC 224 Pay-Per-View main card.

“Every time when you put pause in a place in your life, if doesn’t mean you stop; it doesn’t mean there is no time to play. When I’m talking to my kids and I need their full attention for something, I say, ‘Okay, pause because I need your full attention for this.’ That’s what I kind of did with most of the things that I do. I had to put a pause because training, waiting (for a fight) are things that I had to do. You have to stay prepared.

“The last eight weeks, I have been away from my house, out of my comfort zone but it’s for a reason,” he added. “It’s because I care. I want to finish this chapter doing my best. I don’t want to lie to my fans. I want to go there and perform.”

In many ways, the unfortunate cancellation of his bout in January created an opportunity for the Brazilian legend to have an even greater sendoff on Saturday.

Instead of facing the former TUF finalist in the Midwest, he’s competing at home opposite a fellow luminary, and while “The Phenom” certainly would have been cheered loudly in St. Louis back in January, chances are it wouldn’t have been as deafening as the roar that will fill Jeunesse Arena this weekend as Belfort makes the march to the Octagon for the final time.

Not that Belfort is willing to blindly accept that he’ll be showed with cheers.

“I live for the moment,” said Belfort, who enters the final bout of his 21-year career with a 26-13 (1) record, having competed against the best from multiple generations. “Imagine if I walk out and people start booing me. You never know.

What he has pondered is what comes next and how he wants this weekend’s bout to be viewed.

Though he remains content with his decision to hang up his four-ounce gloves and cease competing, Belfort isn’t particularly fond of the suggestion that he’s retiring this weekend.

“Why retiring? Why can this not be the beginning of a new journey?” he asked. “Retiring is a guy who stays home and doesn’t do anything and that’s not Vitor Belfort.

And Belfort very much wants to be a part of the efforts to make those changes and improvements come to fruition in the sport.

Vitor Belfort is set to compete for the final time on Saturday night at UFC 224, but he’s not retiring; he’s just moving on to the next chapter in what has been an incredible career, leaving behind a robust collection of incredible performances and indelible memories.